Add approvers to your deals 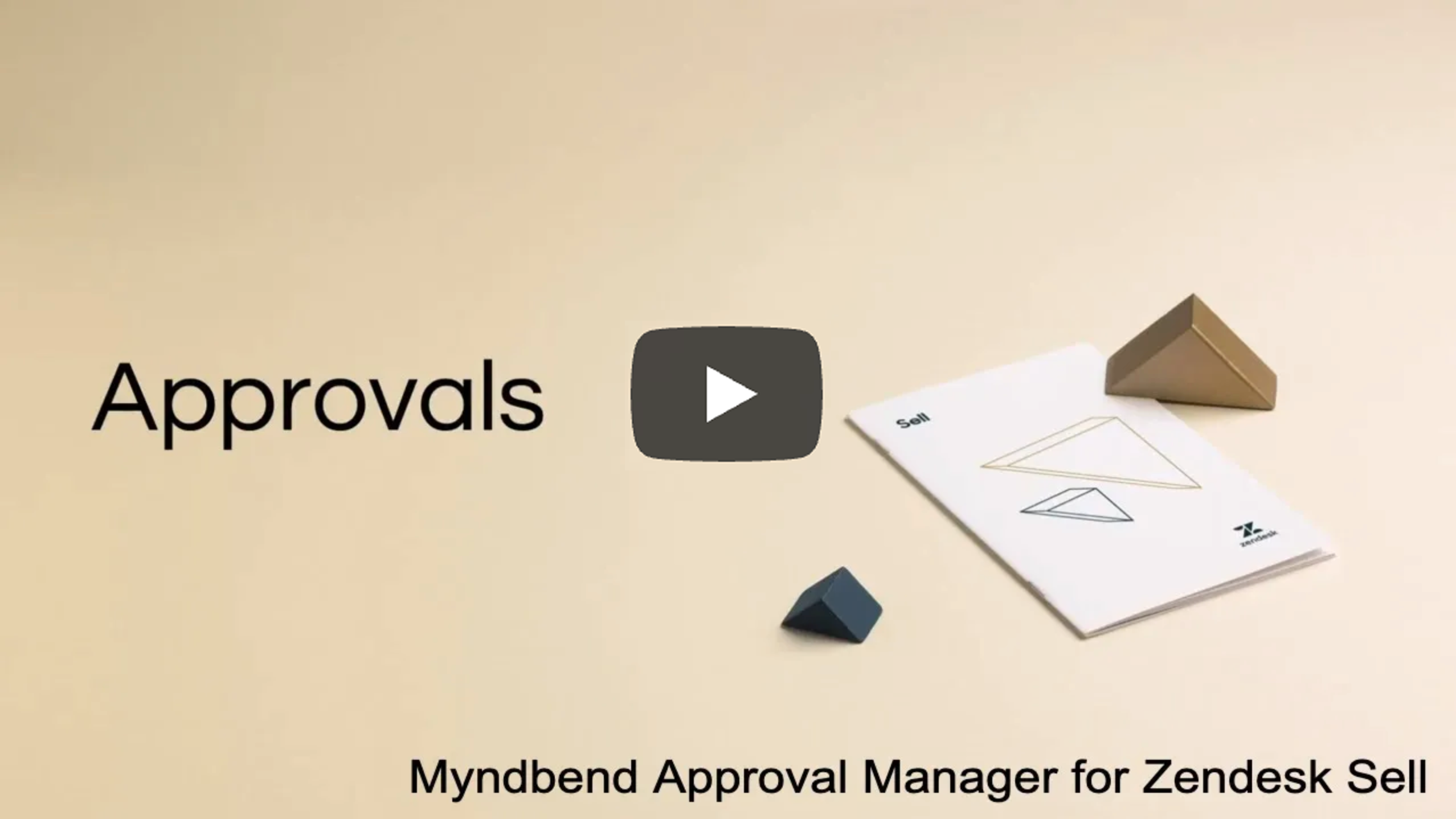 While closing the deal using Zendesk Sell, a rep might need to request approval from a manager or someone else from the team. There are a number of use cases for something like this, including:

Myndbend Approval Manager for Zendesk Sell makes all of that a breeze through a simple interface:

Once approvers are added in, they can approve/deny it directly from the Zendesk Sell UI, but they will also receive an automated approval email (that can be fully customized) informing them about the approval request as well as giving them an option to act directly from within the email: 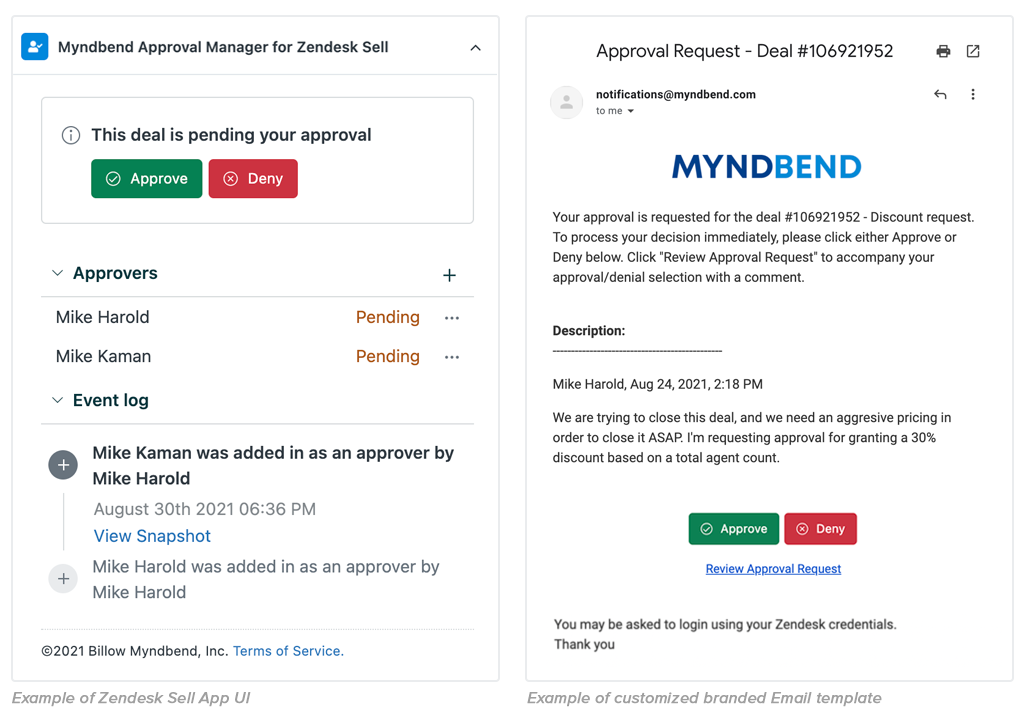 Keep the deal from proceeding until all approvals are obtained

Myndbend Approval Manager allows you to prevent the deal from moving to the next stage of your pipeline until the approvals have been obtained!

Easily track what action happened when, using the event logs. Capture a snapshot of the deal’s detail at the time the approver made their decision: