Sometimes, in the business world, you need a supplement, a garnish, or a mini-meal to supplant your DIY menu. Or you might want a small sample before buying more. Enter microconsulting. Not too many people are using the term yet, but microconsulting, or selling small and usually discrete chunks of time to clients who pay by the increment, is slowly making its way into the mainstream.

Larger than a byte, smaller than a gig, a microconsult usually consists of a brief phone conversation, email exchange, chat or post on a virtual board. The information exchanged in a microconsult can fill a gap, spark a fire, end a process or check a fact. It can end there or it can lead to a gig. Or, it could lead to an even longer relationship for client and provider. For example, an accountant at tax time might sell fifteen minutes of her advice to someone doing their own returns. Or a dog walker might give advice to a new dog owner. 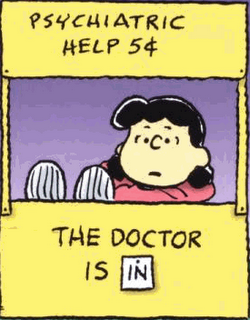 Microconsulting formats vary. Liveperson.com, which has recently showed impressive growth despite a flagging economy, lets you connect with an expert in a wide range of areas via chat or email. You pay by the minute. Justanswer uses a non-simultaneous chat-like format where you type a question into a box, and professionals from a variety of categories return answers which you pay for if youre satisfied with what you got.

Many other sites, such as LinkedIn’s answers section or Yahoo answers, depend on unpaid community members chiming in with information for those seeking free advice. These microconsulting giveaways enable new or established professionals to show up, strut their expertise, and leave a trail back to their website or profile, as well as provide additional value for main site customers.

I first heard the term microconsulting from Wyatt Nordstrom, founder and CEO of Maven Research, a microconsulting site that lets you search for experts, or mavens in any field to talk to by phone, while also protecting the privacy of the providers. Unlike LivePerson and JustAnswer, you won’t see any clean-scrubbed mugs beaming back at you through your computer screen. Maven Research’s privacy policy is very strict.

I’m curious to see how Maven Research will evolve, and whether their decisive move toward a more private model heralds a trend, or whether transparency will prevail. But thats another discussion.

Interested to give microconsulting a try, I logged into JustAnswer.com and promised to pay $25 if I were satisfied with an M.D.s answer to my question: What do I do about tiny pimples on my seven-year-old son’s cheeks. I wasn’t expecting much when I visited the doctor. I generally look for alternative remedies to chronic, low-grade symptoms.

“Dr. OAB, who had no photo or other identifying information, asked me a follow-up question, which I answered. Within the hour, Dr. OAB gave me a pretty thorough answer, including what kind of allergy tests to run, and what kind of medications might be helpful. I clicked the Pay button, indicating my satisfaction. I had a twinge of buyer’s remorse, but then figured I would probably pay three times that to have a local MD tell me the same thing.

A carryover from the days of 1-900 numbers, the spirituality section actually evolved from the Israel-based kasamba.com, which offered psychic services exclusively. LivePerson acquired Kasamba in 2007 for 40 million. Perhaps recent med school grads buried under debt would do well to hone their intuitive abilities and moonlight on LivePerson as love advisors.

Have you given or received microconsulting? Let us know in the comments below!

Jill Nagle <jillcnagle@gmail.com> is a published author, screenwriter, and mediator. Find her at www.copywritingetc.com, or http://tinyurl.com/thirdsidemediation.