Nadine Champion on truth, fear, and learning to take a punch 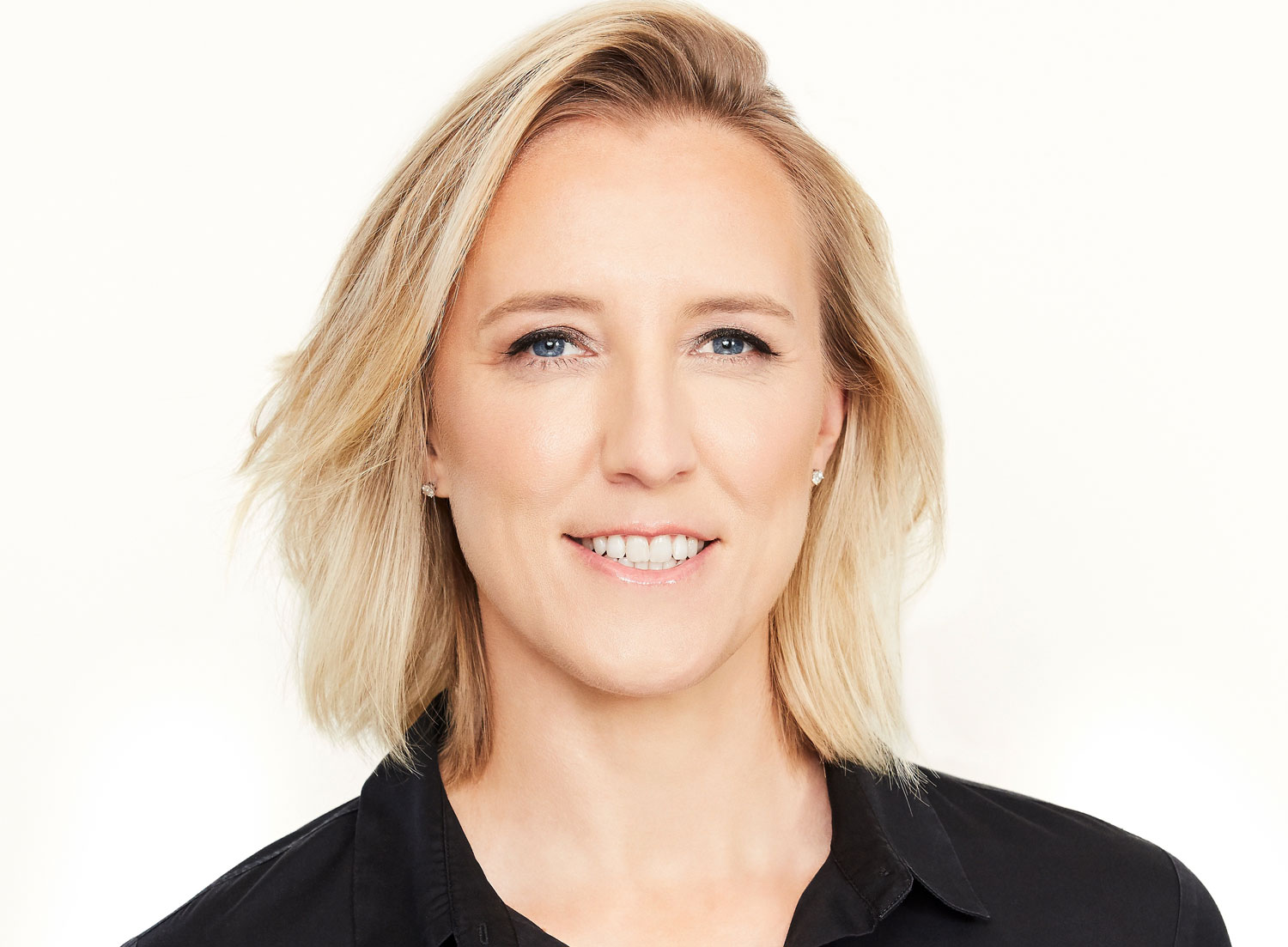 When Nadine Champion speaks, she shows audiences a picture of herself from back then: a ripped martial artist, standing in the ring, fists up. “I can get up there and all do all this waha ninja stuff, look how strong I am. I’ve already been pigeonholed as a strong woman,” she said in her deep voice. “I put up a picture of me in a ring looking all scary and tough and then say, ‘Actually, in that moment, I was terrified. I was afraid of being embarrassed.’”

Champion, author of 10 Seconds of Courage: How to recognise and embrace those life-changing moments, has been a fighter since she was little. She grew up in Australia, devoted to martial arts from the time she was 10. As a young woman with a black belt, she took a job as a bouncer. She fancied herself pretty tough. Then one night she was attacked by a couple. The man got behind her and tried to gouge out one of her eyes. Suddenly she realized how vulnerable she actually was.

“I found out I was made of squishy stuff,” Champion said. “I’d grown up in the martial arts world where there’s very light contact; no one hits you hard. You can only kid yourself to a certain extent and I knew when push came to shove, it was much harder for me to defend myself than the image I had of myself would indicate. I wondered, ‘What’s on the other side of that sense of self that I’d built for myself?’”

“I wondered, ‘What’s on the other side of that sense of self that I’d built for myself?'”
Nadine Champion

She wanted to learn to fight for real, to find her own Mr. Miyagi—a quest that led her to her sensei, Benny “the Jet” Urquidez.

In the martial arts world, she said, few people admit to feeling fear or having an issue with pain, which leads to a culture of pretending. But Benny said frankly, “I don’t like getting hit.” That was a revelation.

She grew to see the difference between those who hide their weaknesses, always fearful they’ll be discovered, and those who are truthful with, and about, themselves. When you hide your weaknesses, she recognized, you can’t work on them. You can’t get stronger. Conversely, just the act of speaking your truth is a strength exercise.

Conversely, just the act of speaking your truth is a strength exercise.

The power of truth-telling

“Sensei Benny got me to actually speak my feelings,” she said. “He would ask, ‘Did you hear yourself say it? What did it sound like? Did it sound like the truth?”

“Even though I didn’t enjoy the contact part of [getting hit], I did enjoy that there was no room for kidding yourself. What I found out at first was I couldn’t handle very much. But you can change that. You can develop that aspect of your personality as well as your skill set. I learned to develop more resilience than I came in with.”

Urquidez also showed her that getting hit doesn’t hurt any less if you close your eyes. In fact, turning away from the punch worsens the impact. The same, research shows, is true of emotional pain.

In 2014, Champion had the wind knocked out of her by a different kind of opponent: she was diagnosed with Hodgkin’s Lymphoma. She spent six months on chemo. At her last chemo session, the nurses couldn’t find a vein in which to inject the drugs, because the chemicals had caused her veins to collapse. She left the treatment room and collapsed on the floor in sobs. After awhile she remembered her sensei’s words: “It doesn’t hurt any less if you close your eyes.” And she got up and went in to finish her treatment.

Most of us, she said, spend our lives in fear of the moment we will feel that kind of pain, and that fear can control how we live. If the impact of a punch ranges from one to 10, most people will choose to spend all their lives avoiding the 10. But once you’ve taken that 10 punch, threes and fours don’t bother you so much anymore.

“When we’re down in the ones and the twos looking at the 10 we don’t realize we can die of the ones and twos… it’s death by a thousand cuts. Many of us live in what we call “comfortable pain” or “pain we can live with.” “We keep ourselves in the holding pen, the dressing room, living with the fear of what might happen. You can spend a day, a year, a decade, half your life there, and it’s an incredibly painful place to be. Better to try your luck than never have had the courage to leave that room.”

But once you’ve taken that 10 punch, threes and fours don’t bother you so much anymore.

She’s also learned that the punches aren’t personal, whether you’re in the ring or just in your life, dealing with negative people. “Over time you learn not to take it personally, which is hard because I’m pretty sensitive,” she said. “Benny taught me where there’s a ‘bitch’ there’s a ‘want.’ If you tune that (angry) part out and listen to a person’s hurt, that’s a great way to forgive people and forgive myself. So often, people struggle with vulnerability. It’s so much easier to be mad at someone than to tell someone what you’re feeling.”

“I’m a big fan these days of telling the truth—being vulnerable enough to tell the truth. I know what matters now. If I was going to not be here anymore, I know what I would want to say and who I’d want to say it to.”

[Read also: How to change the way you deal with change]

We all have fears—what are yours?

Organizations invite her to speak about courage, but what she often talks about is the willingness to admit you’re afraid. And she can usually tell within about 30 seconds whether she has an audience where people can feel safe to admit they’re scared, and that they have weaknesses. If there are a bunch of men in suits with crossed arms, staring her down, she knows she’s in a place where weakness, fear of failure, and mistakes are not tolerated. And yet we all have them. Maybe, she said, you’re successful at your career but your marriage is struggling. Maybe you’re afraid to drop off your five-year-old at school. Maybe you’re afraid to speak up in a meeting, or pursue a dream, or even tackle a new hobby.

She’s also learned that the punches aren’t personal, whether you’re in the ring or just in your life, dealing with negative people.

The start is being able to recognize that you’re afraid, and to know that’s okay.

“Lately, I’ve been thinking about how important it is to listen to your inner voice. I think a lot of people go back and forth about whether that voice in the back of your head is the one you should listen to. I would rather listen to my intuition and get it wrong than not trust that little voice. This has been coming up in conversation this last week. I’ve been rebuilding my life since I was sick, thinking ‘what do I protect myself from?’ It all sounded hippyish before to listen to your inner voice, but mine has yelled at me in the last few years and been spot on right,” she said.

The start is being able to recognize that you’re afraid, and to know that’s okay.

“My fear got in my way for a long time,” she said. She was so focused on her goals, she said, she held herself back from a lot of life: including just taking a minute to pat a puppy, or eat a piece of cheesecake. You think there will be time for that stuff later. But then she got sick. “Sometimes,” she said, “you run out of time.”

[Read also: Brené Brown makes the case for vulnerability in Dare To Lead]

Now she’s working on her next black belt. In their style of martial arts, she said, they don’t wear their black belts often. She’s only seen Urquidez wear his three times. They have 10 levels of black belt but Urquidez told her he would only always be a 9th-degree black belt, because he believes in continually learning.

“I think it takes a lot of courage to grow,” she said. “I deliberately take my armor off when I speak and show myself as the work-in-progress that I am.”

Nadine Champion spoke to an audience of CX leaders at Zendesk Showcase Melbourne earlier this year. To join Zendesk at a similar event, see where we’re heading next.