View orders with the ability to cancel and refund. 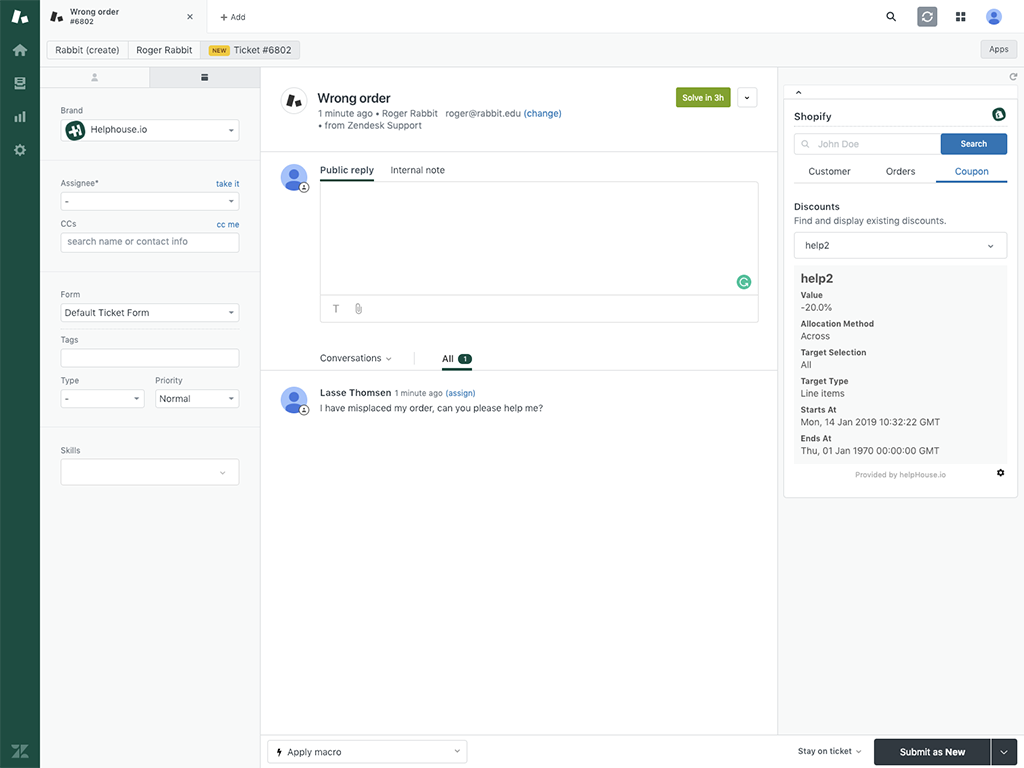 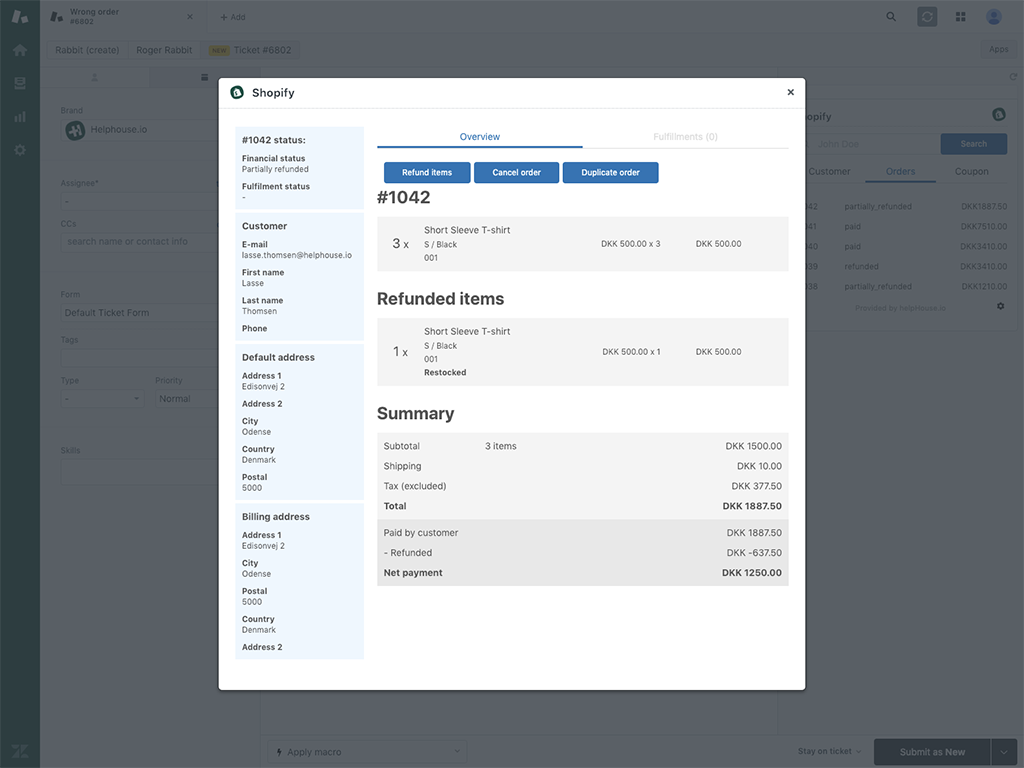 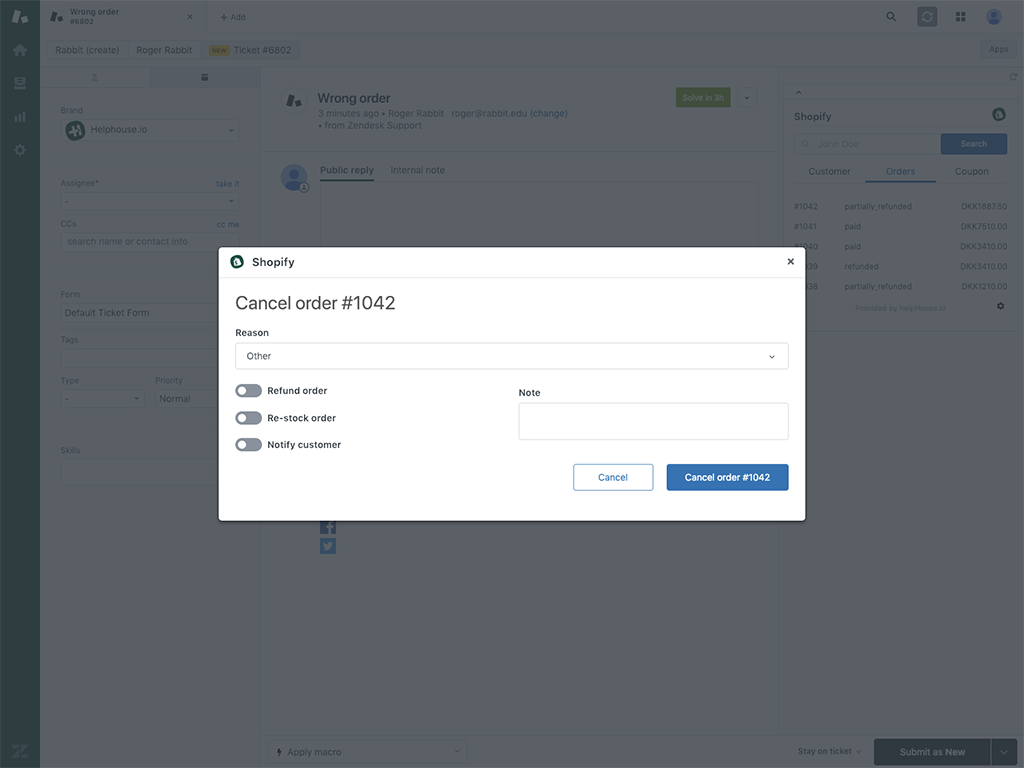 Shopify integration for Zendesk - made by helphouse.io

The Shopify integration for Zendesk makes it possible to view and edit information in Shopify directly from the interface of Zendesk Support. It's also possible to create new actions in Shopify, like making a refund, directly from a ticket in Zendesk.

With this Shopify integration for Zendesk, your agents will save time and clicks, as they won't have to move around between Zendesk and Shopify. This will ensure a more efficient and seamless workflow.

To illustrate how the Shopify integration for Zendesk can help your agents achieve a more efficient workflow, we've made a list of the integration's core features below.

Get a summary of the customer's number of orders as well as a detailed overview of the items each order contains.

Your agents will be able to see whether a specific order has been packed and shipped.

Agents have direct access to a list of all your discount codes in Shopify as well as detailed information about each code.

When a customer has returned or cancelled an order, agents can refund the order from the ticket in Zendesk.

Finally, it's possible for your agents to add notes to the changes they make.

Try the Shopify integration for Zendesk for 14 days free of charge and without any obligations. If you don't like it, you can just uninstall the app within the trial period and you won't be charged.

We want to make sure you're completely satisfied and just as happy with this app as we are. So, if you're missing a feature or think something could be changed to make your work with this Shopify integration even more effortlessly, just head over to our community and let us know.

This app is made by helphouse.io. We're a 360* Zendesk consulting house and the only Zendesk Premier Solution Provider in Scandinavia. We're experts in Zendesk and know how to optimize your customer service operation by using Zendesk and we've helped dozens of companies saving time and money doing just that.