Modernizing a process that once involved 800 numbers and physical mail, the FCC implemented Zendesk as its first-ever external-facing SaaS solution. By retiring a 15-year-old homegrown legacy system, the FCC replaced 18 outdated complaint forms and reduced carrier response time from 10 days to minutes. Now, the FCC can serve citizens faster than ever, helping enforce consumer and communication violations. 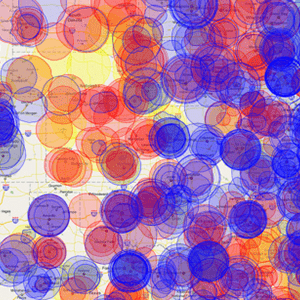 If Zendesk Support can successfully scale within Big Government, then you can be successful with enterprises of any size.

“Zendesk Support is an actual alternative to legacy products, differentiated by its ability to get up and running quickly, drastically reducing implementation costs and timelines,”

Most of us don’t think about the Federal Communications Commission (FCC) until we have to—because we want to stop the robocalls and get on the national Do Not Call registry, or we need help settling a dispute with an Internet carrier, or we have questions about this thing called net neutrality.

What’s that? you might ask. Fortunately, the answer is easy to find on the FCC’s Consumer Help Center. The site, rolled out in 2015, represents a shift away from a 15-year-old on-premise legacy consumer complaints system, and replaces 18 outdated complaint forms.

Pressure to innovate was coming from the top down. The United States Congress tasked the FCC with making it easier for the public to interact with the government agency. From the bottom up, however, the scope of the project was both large and expensive. There were also the complexities of the organization to consider: the FCC is made up of 18 Bureaus and Offices, interfaces with 1500 carriers, and serves a target customer base of more than 320 million people—the entire United States.

CIO David Bray was responsible for driving the cultural change necessary for such an undertaking. While reviewing consumer complaint systems, it was looking like they’d need to build their own on-premise system at a price tag near 3.2 million and that it might take 1-2 years to do so. Then a contractor who works for Bray as the FCC’s Senior Advisor of Innovation and Technology, Dustin Laun, made a revolutionary suggestion: Why not try a SaaS solution?

Bray agreed it was worth looking into. After extensive market research, the FCC chose to implement Zendesk Support to build their Consumer Help Center and to provide ticketing support via email and a web form. At an 85 percent savings to taxpayers, Support is the first external-facing SaaS product the FCC has ever gone live with and marks the first step in a more radical modernization effort. And it took just six months to implement.

“With the flexibility of the product we could have accelerated to a four-month implementation,” Laun said. “However, we wanted to be cognizant of the change we were bringing at a rapid pace.” 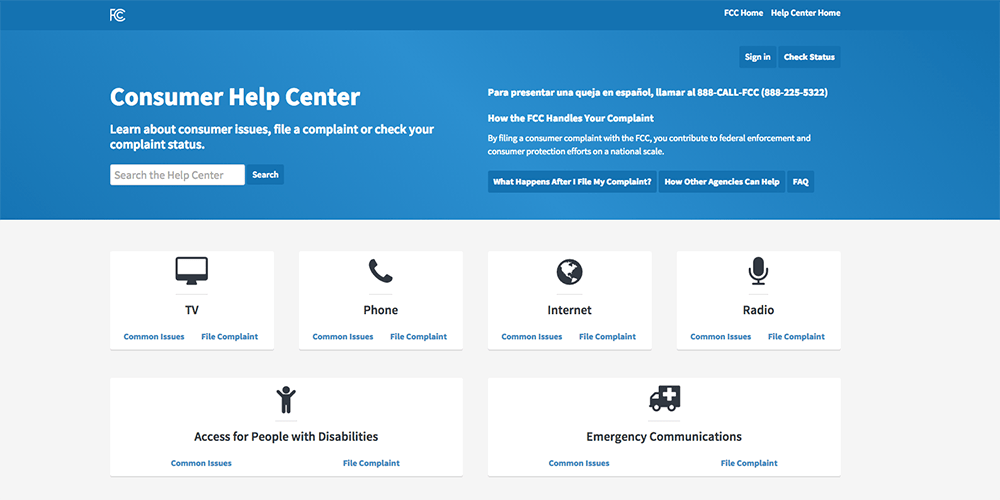 The Consumer Help Center provides a wealth of information that citizens can easily navigate on their own. There’s even an article to explain how the FCC handles complaints. The goal, however, is not to eliminate complaints. Instead, the FCC hopes the Consumer Help Center will encourage complaints by making them easier to lodge and track. The FCC currently receives more than 450,000 complaints annually and would love to increase that to 1 million.

It used to be that paper forms were sent through the mail, that complaints were filed using an 800-number and the FCC had to compile them into PDFs to pass to carriers at specific intervals. Carriers had to log into a system to get their PDF and consumers had to call to check the status of their complaint. There were constraints at every interaction, and tracking all this was nearly impossible.

For the first time, consumers can view the real-time status of their complaint online.

Now, for the first time, customers are receiving immediate replies, can view the real-time status of their complaint online, and have seen a vastly improved time-to-resolution with their providers or carriers. The FCC is also serving carriers close to real-time, reducing the overall response time by at least 10 days.

The FCC is also serving carriers close to real-time, reducing the overall response time by at least 10 days.Radical modernization, at Federal Communications CommissionSupport helps to bring credibility and transparency to the agency. “With Zendesk Support in place,” Laun said, “we started having a much more accessible and accurate view into who was engaging with the FCC.” Perhaps unsurprisingly, the majority of complaints are about telemarketers, and the quality of radio, TV, and telephone signals. 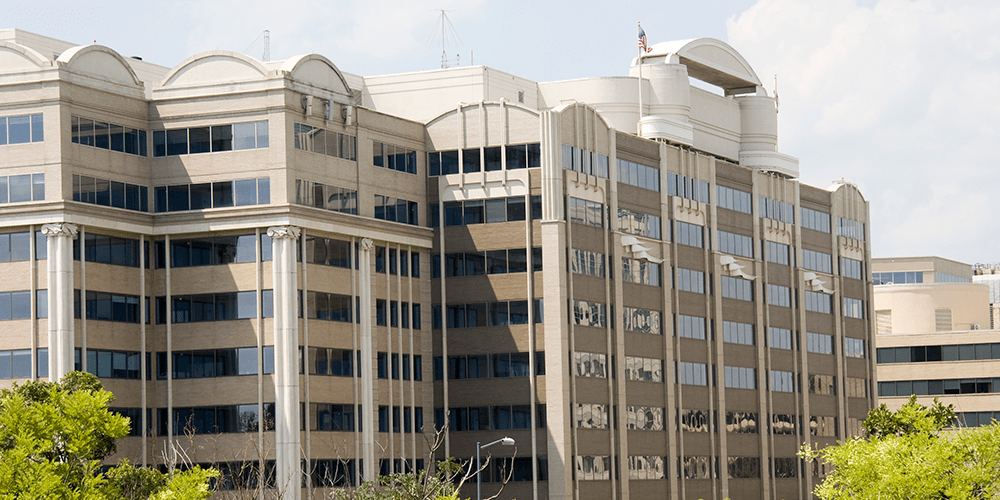 The FCC’s 75 agents and nearly 1300 “light agents” are also seeing the benefits. “Initially a small percentage of the FCC was on board, however now the majority of the agency is seeing the benefit,” Laun said. “There is now agency-wide buzz and additional inquiries from other Bureaus and Offices to have their own instance of Zendesk Support, which has become our poster child for success.”

In part, that’s because macros, triggers, and business rules have allowed for automated efficiencies throughout the system. In some instances, complaints can be processed in just three clicks.

“Zendesk Support is an actual alternative to legacy products, differentiated by its ability to get up and running quickly, drastically reducing implementation costs and timelines,” Laun said. “Zendesk Support lives up to its promise. It’s that simple. It does what we need it to do today and its vision ensures it’s a solid alternative in years ahead to help innovative decision-makers.”