After Xero experienced positive results using Zendesk for IT support, teams across the company were inspired to add it to their workflows. Within five months, nine Xero teams had integrated with Zendesk to streamline and centralize operations, enabling the company to scale quickly and easily. 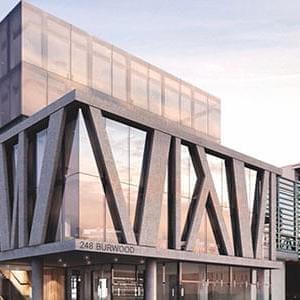 “Zendesk Support is world-class software, and we’ve been very happy since we implemented it at Xero.”

“Functionally Zendesk checks all the boxes. Zendesk is a good, enterprise-grade ITSM tool with the look and feel of a consumer-grade application.”

That is, unless the user is trying out Xero, the up-and-coming challenger in the online accounting software market. Founded in 2006 and based in New Zealand, Xero has been winning accolades for ease of use from reviewers and subscription renewals from its customers. “Xero is remarkably easy to use,” Katherine Miller wrote in a review for Merchant Maverick. “It’s so well designed that I actually find myself smiling when using it…and that’s praise I don’t readily give to accounting software, especially after I’ve been testing it for a few hours.”

Xero’s deceptive simplicity belies a powerful set of tools for small businesses that get better on an almost daily basis. The company is committed to continually extending its capabilities, and the pace that it has added features has attracted more than 600,000 subscribers in more than 180 countries. As demand boomed, the number of Xero employees also grew from 130 to 1300 over four years.

The growth didn’t catch Xero flat-footed. Confident that their software would fill a need in the market, the company armed itself with a service management tool suitable for a fast-growing enterprise in 2012.

Back then, the DevOps was using BMC Remedy and the internal IT team was using GoToAssist, even though there was some overlap in areas of support. As Xero began looking at new tools, they made a commitment to adopting a SaaS tool that would allow them to consolidate all service requests into a single tool and “seamlessly transfer calls between the teams”.

A rigorous Request For Proposal process included comparing the existing tools against JIRA Service Desk, ServiceNow, and Zendesk. Xero had a team test each of the applications and begin narrowing the options.

“It became quite clear as we evaluated each product that Zendesk was the best fit,” said Hadleigh Lynn, who runs the Global Desktop Support team at Xero. “It met all our technical requirements, was in the cloud, and gave us the flexibility to easily add new teams. Head and shoulders, Zendesk was above the other offerings.”

The responsiveness of Zendesk’s support team during and after the initial rollout confirmed the team’s decision. “We were able to reach out to Zendesk and get help literally within minutes,” Lynn said. “That was something we had not experienced before.”

One of the immediate benefits Xero saw from using Zendesk Support was their ability to integrate Zendesk with other systems they use. For years, Xeros were required to log tickets in multiple systems, but now service requests across the entire company are increasingly brought together in a single view.

Within five months, another seven teams had joined the Platform Support and Internal IT teams on Support, and IT ticket volume was up to more than 4,600 tickets a month. Over the next year, another five teams rolled out instances of Zendesk. “The look and feel, and just the ease of use of Zendesk, has been an absolute winner for us,” Lynn said. “We never have issues with Zendesk. It’s a tool that’s doing its job and allowing us to do our work. It works well in the background. At other companies where I’ve worked with a service desk tool, the tool becomes a pain point—the system stands in the way of getting your work done. Zendesk allows our team to process a high workload.”

As more teams moved onto Zendesk, there was some initial concern that the conflicting requirements of different groups of users would force everyone to compromise. Instead, Zendesk was able to easily accommodate each team’s unique requirements. “Everyone has been able to have their own customized implementation,” Lynn said. “That’s been really useful.”

The IT team, in particular, does a lot of onboarding. Prompted by Workday, “the manager interaction for new staff is all done by Zendesk,” Lynn said. Anyone who needs to request software or access beyond their standard profile uses the tool. “It’s guaranteed that every person that starts with Xero is going to have some interaction with Zendesk.”

One of the teams that later adopted Zendesk Support was the Platform Services team. “The look and feel of Zendesk is certainly nicer, and we were able to adapt it as we wanted to,” said Hannah Butler, Platform Services Manager at Xero. Despite a heavy workload, her team met an accelerated implementation timeline and made the switch in just six weeks.

For Xero employees, one of the best things about Zendesk is the visibility they now have into a ticket. At any moment they can see what is happening with their request for additional server capacity, or data center services, or problems they’ve reported with Wifi, or a question they’ve asked the payroll department. It’s no longer possible for a request to disappear down a black hole, as sometimes happened with the prior system. “Just that has been a huge improvement,” Butler said.

Xero has extended Zendesk with a number of pre-integrated apps. Fork, which bumps up Zendesk’s workflow capabilities, has been particularly useful for the IT team onboarding new employees. Fork provides the ability to manage multiple tasks in subtickets. “We now have a system that allows us to raise multiple tickets to multiple teams, which provides a really good experience for new Xeros,” Lynn said.

Another favorite app called Tickler lets agents add checklists to track and manage tasks from within a ticket.

Meanwhile, the IT team has also come to depend on Oomnitza, which allows them to automatically manage IT assets from within Zendesk Support. With the Oomnitza + Zendesk combination, when an employee logs a support call to Internal IT, the team can immediately retrieve an overview of the employee’s computer without having to ask any additional questions.

As Xero introduces new products and services, it’s been able to leverage Zendesk Support to build even stronger customer relationships. This spring, Xero unveiled TaxTouch, a mobile app that simplifies business income and expenses tracking to a single right or left swipe, and makes tax filing a breeze for contractors and freelancers around the world.

“We love Zendesk so much that we decided to use it to provide support within the mobile app,” said Peter Wen, director of business solutions. “We needed a solution that would be easy to implement and scale fast. We loved the option of using the SDK and building our own responsive web view.” Wen said it took a front-end developer about half a day to completely customize a template web view and to deploy an interface that met Xero’s high design standards.

Overall, Xero found that simple, adaptable tools can unravel complex and varied support challenges. “We wanted an IT tool that just works,” Lynn said. “Functionally Zendesk checks all the boxes. Zendesk is a good, enterprise-grade ITSM tool with the look and feel of a consumer-grade application.”