AirBnB teams up with Zendesk to build a custom solution that delivers fast answers for complicated host and guest queries. 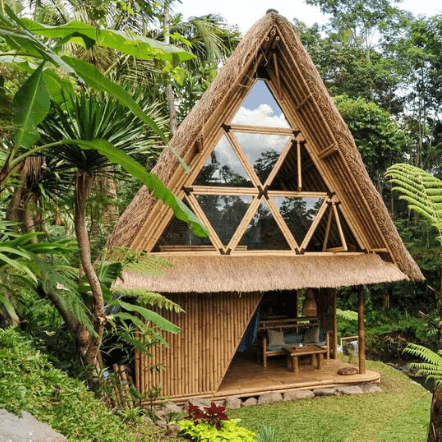 “Having a partner that really understands our business, and how ambitious we are, is huge—because service, at the end of the day, needs to be in lockstep with every single track of work that’s happening within Airbnb.”

Product Lead of the Support Products Group at Airbnb

“...we were able to increase the ability to get the help when you needed it by an absolute of almost 2 percent…”

Halfway around the globe is a place to stay with your name on it. At least for a weekend.

Your hosts might surprise you with fresh flowers, or point you to their favorite local breakfast spot. Or perhaps the unit is blissfully empty and you sit for a minute in a sun-drenched living room with a mug of steaming coffee and think, “This is what it would be like to live here”—in København, Miami, Alozaina, London, Tokyo, or in any one of the 65,000 cities in 191 countries where Airbnb has a presence.

In the 10 years since its founding, Airbnb has managed to redefine what’s possible at home and abroad by creating a new economy for the thousands of people who’ve opened and shared their homes and by giving tourists new ways to travel. Inherent in Airbnb’s mission is the belief that everyone belongs, everywhere you go.

It was by renting out a room in their own San Francisco apartment back in 2008 that Airbnb’s founders, then roommates, first perpetuated this new, bellhop-free ethos of inclusion and hospitality—one that has paid forward in a big way ever since. By 2012, Airbnb was booking three million guests a year, easily surpassing established hotel chains. In 2017, the company is on track to accommodate more than 100 million guests globally and, according to Morgan Stanley Research, 25 percent of leisure travelers are expected to book a stay on Airbnb.

Fast support for both hosts and guests

Airbnb’s support model poses an interesting challenge—the thousands of customer service agents, operating out of 20 physical locations around the world, serve both hosts and guests. That Global Customer Experience team aims to ensure a positive customer experience that begins on Airbnb’s platform and extends for the duration of a stay.

To that end, it’s key that the team provides help through a real-time, live channel of support—the phone—but also be available via email, social media, and through emerging SMS and messaging channels. Phone calls account for about 60 percent of Airbnb’s millions of annual tickets, and the vast majority are answered in minutes during peak periods, and often in less than a minute. The remaining 40 percent of these come in through email are typically answered within 24 hours.

These millions of contacts are all recorded in Zendesk Support, even though Airbnb utilizes a custom-built phone system. Agents log calls in Zendesk, and link the call to the ticket via an integration between the company’s phone system, Support, and Airbnb’s data warehouse.

Airbnb began using Zendesk Support to deliver consistent, high-quality customer service in the early days and also used Zendesk Guide for its knowledge base. Given Airbnb’s global reach, the company needed a solution that could easily scale at pace with its phenomenal growth.

“Scalability and reliability and 24/7 uptime were big factors,” said Shirley Lin, product lead for the Support Products Group, of Airbnb’s decision to initially adopt Zendesk. Since then, she explained, “Zendesk has been a good partner to us. They’ve constantly worked with us to make sure that Zendesk scales with Airbnb, which is no small feat.”

“Most people on vacation would rather not talk to a customer experience agent,” Lin said. And for simple tasks, like altering a reservation, they shouldn’t have to. But understanding the needs of a particular customer, and providing them with an intuitive route to resolution, requires context. How urgent is their problem? Are they on a trip? Or are they preparing for an upcoming trip? Who is the customer? What is their history with Airbnb?

To build data models that support personalized flows, data scientists in the Support Products Group are pulling the information they need from Zendesk. But while Zendesk provides customer data and insights on the backend, Airbnb has leveraged the Zendesk API to provide a customized agent UI and to integrate with a collection of internal agent tools.

Zendesk’s integration with Airbnb’s tools is an example of how Lin can count on Zendesk to go the extra mile. “We have customers that book room listings, but they also book experiences and have restaurant reservations,” she explained. Combining Airbnb’s tools and Zendesk allows for a 360-view of each customer and his or her history, all while giving Airbnb the ability to implement its own front-end design.

“Zendesk provides really amazing backend functionality features, which we made even more powerful with a custom-designed UI,” Lin said. The hybrid solution required “engineer-to-engineer” partnership between the two companies.

The productivity of the combined teams is one reason Airbnb continues to partner with Zendesk. “Not all companies would have been willing to partner with their customers in this way,” Lin said.

By the time Lin joined the company in 2015, Airbnb’s overarching digital experience had become both a priority and an investment. In a year and a half, Lin’s team—which is made up of product managers, designers, data scientists, and engineers—grew by a factor of four, distributed between offices in San Francisco, Portland, and Seattle.

One key initiative of the group is a new in-house messaging product that will allow customers to start messaging threads with customer service agents through the Airbnb platform. Built on top of Zendesk Support’s infrastructure, the new product will allow one-to-one communication between customers and agents.

“There are a lot of benefits here,” Lin said. “Customers and agents can attach photos more easily, directly from their phones. We can add things like read receipts. There’s also really cool stuff like receiving a real-time notification when an agent has updated your case.”

Meanwhile, Aisling Hassell heads the Global Customer Experience team that monitors the effect of new tools on agent productivity and tracks a variety of metrics that feed into Airbnb’s Net Promoter Score*; (NPS). From 2016-2017, Airbnb was focused on improving speed of answer for both phone and email support. In each case, the team exceeded the set goals. “On top of that, we were able to increase by an absolute of almost 2 percent the ability to get the help when you needed it,” Hassell said. “So that was a double win.”

Like Lin, Hassell appreciates Zendesk’s ability to scale alongside Airbnb. “Zendesk has grown with us as we’ve grown,” she said. “Initially, everyone just dog-piled on to support our early volume. Over time, we’ve gotten more savvy. We’ve gone through various optimizations with Zendesk over the years and gradually get more and more sophisticated.”

Case in point: when the Customer Experience team first started at Airbnb, support was provided in English. Today, Hassell’s team monitors 20 languages in text-based support with the assistance of Zendesk multilingual capabilities. Phone-based support is also offered in 11 languages, and English and Mandarin support is provided 24/7. Hassell and Lin conveyed that, above all, Zendesk delivers on the human scale, creating a circle of trust. Lin cited a hypothetical host-guest personality dispute over a listing that spanned thirty days. “It would be very, very challenging for a cut-and-dry enterprise product to support those cases,” Lin said. While other enterprise solutions may offer comparable features and scalability, Zendesk is built to handle uniquely human conflicts with its complete view into customer history and contacts.