UpStack is a global marketplace that vets and matches the top one percent of software developer talent with companies looking to grow their teams. This game-changing approach to hiring has been crucial at a time when delays in finding talent can impact a company’s speed to market and competitive advantage. In 2020, UpStack grew 68 percent YoY, and in 2021, the company’s revenue nearly doubled as they helped tech companies navigate the challenging labor market. Behind this enormous growth is Zendesk Sell, the CRM platform powering the company’s scale and agility and competitive edge. 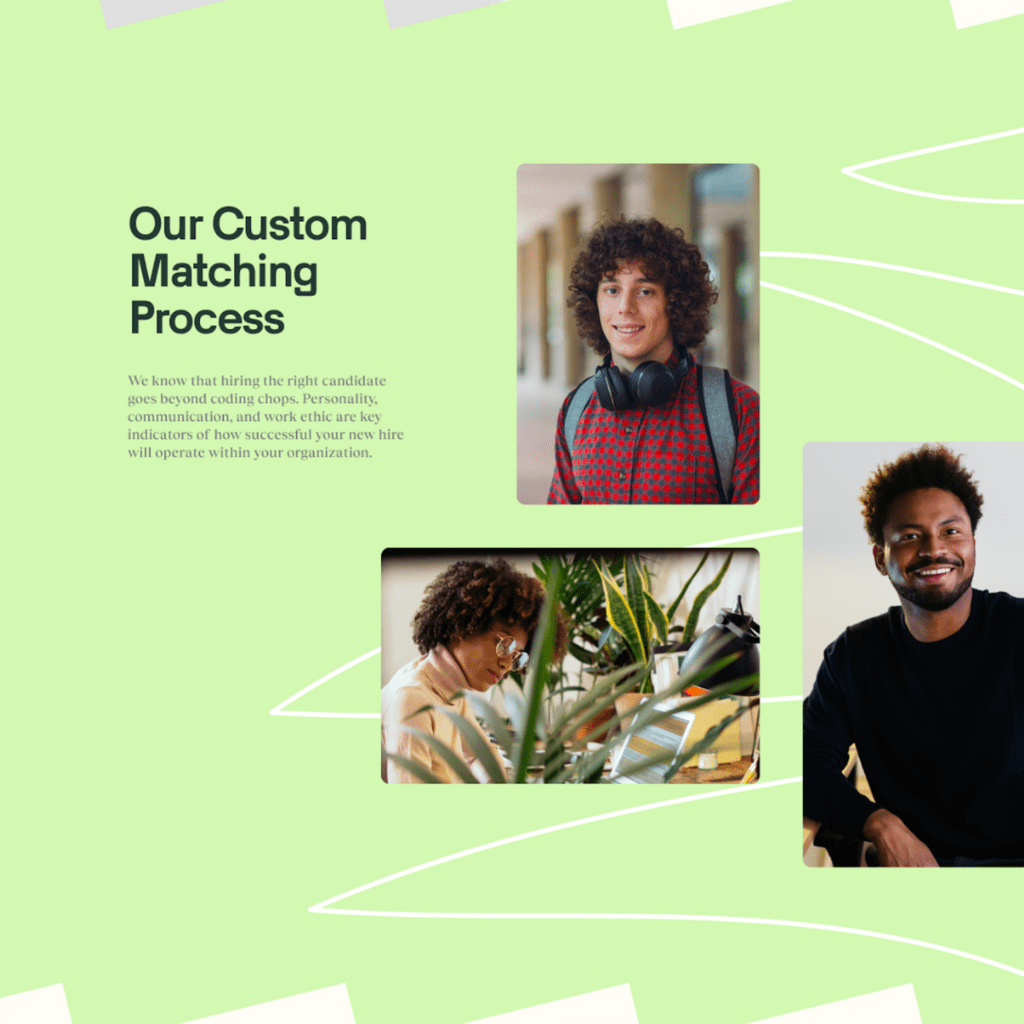 “We’ve had a massive number of upsells as a result of using Sell. The success team is now part of the sales team instead being an afterthought. Our success team absolutely loves Sell.”

“Now we have absurd amounts of data and can use smart lists to cut the data in so many ways.”

UpStack founder Yossi Mlynsky had a vision for the company: to create an entirely new way of hiring and engaging talent that doesn’t follow the conventional rules. In 2016, he followed his instinct and launched a global marketplace that matches companies with the top one percent of experienced software developers.

Each candidate must complete a rigorous assessment of communication, personality, and tech skills, along with a series of webinars, competitions, and hackathons. Based on their performance, UpStack can often deliver the right developer to the right company in just days, rather than months. This faster, easier approach to hiring is a game changer for leading startups and enterprise companies looking to quickly grow their technical teams.

With a background in engineering and product management, Mlynsky was no stranger to the hands-on approach that startups require. In 2020, he began exploring new CRM solutions that would fit the company’s method of “doing things on our own terms, in our own way, and in our own style.”

The clear frontrunner was Zendesk Sell. Prior to switching over, the team had tried using a combination of spreadsheets and Asana, as well as myriad Salesforce customizations that ultimately proved too challenging to set up.

In contrast, “Zendesk Sell was super intuitive and very easy to get up and running in only a couple months,” says Mlynsky.

In 2020, UpStack grew 68 percent YoY, and in 2021, the company’s revenue nearly doubled. Without implementing Zendesk Sell, UpStack would not have been able to scale and drive the revenue growth that it experienced in that two-year period, according to Mlynsky.

Creating a pipeline that scales

With UpStack doing all the heavy lifting of the hiring process, the sales team has specific demands for technology that can handle complex deals and agile workflows.

“We handle every stage of the hiring process between the company and the developer, by setting up client profiles, time sheets, payments, international cross-border paperwork, intellectual property rights, contracts, and billing. We’ve made it very simple to hire a developer with the click of a button,” says Mlynsky.

Powering UpStack’s innovative system of engaging talent is no small feat, especially with a fully remote team. The company trusts Zendesk Sell to provide a robust and accessible CRM solution that can easily grow with the business.
Mlynsky highlights one integration that helps get the job done. “Using the Zendesk Apps framework, we can build custom widgets the sales team can use to support customers at different stages of the pipeline.”

For example, the UpStack team created a widget for a new customer intake form, which has provided consistency in the intake process and helped account executives capture the right information while talking to customers.

“Creating widgets in Sell also gives us the ability to sync up data between Zendesk and our own system,” Mlynsky adds. That information enables the company to make data-driven decisions and pivot quickly as needed.

For UpStack, Sell has helped drive momentum, and ultimately company growth, by providing the backbone necessary to enforce a sales process and pipeline. 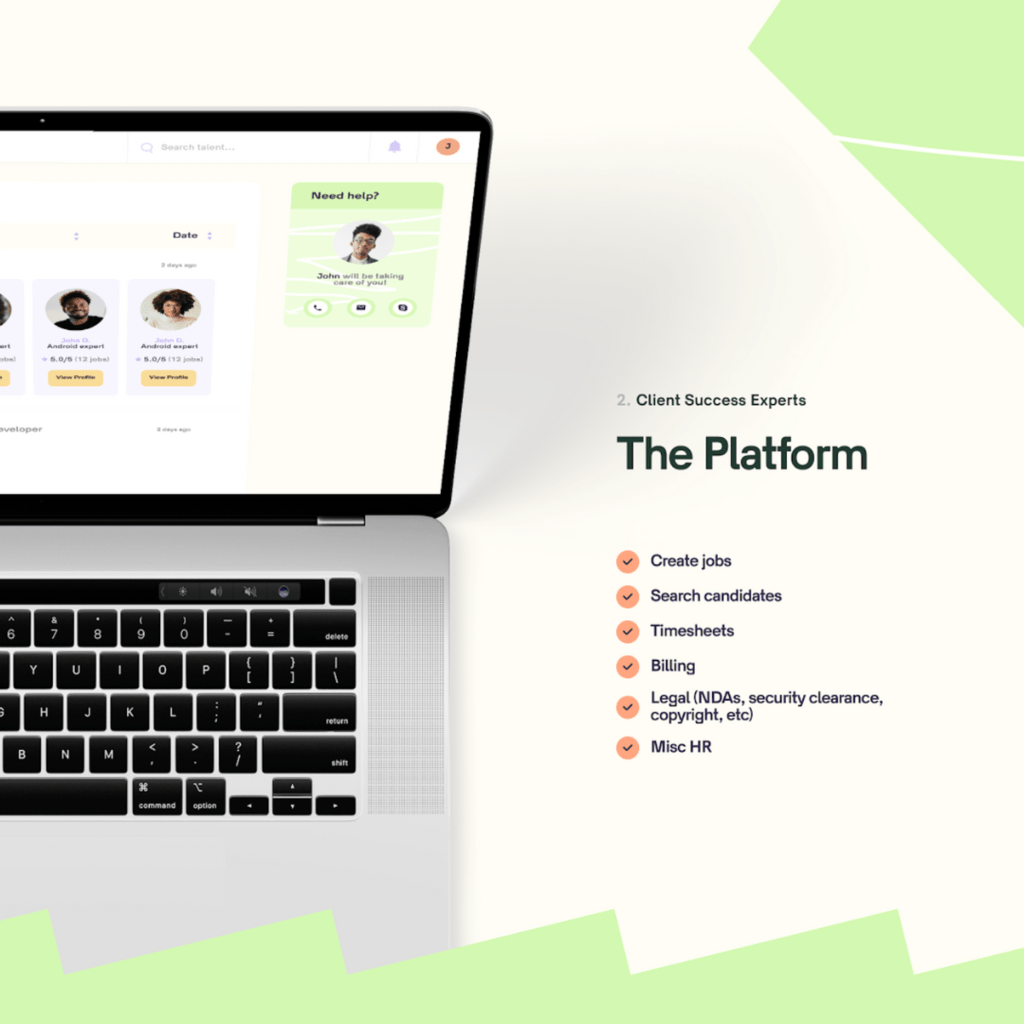 UpStack has also seen improvements across the board from using the native communication features in Zendesk Sell, such as calls, text, and email.

Providing multiple channels for conversation lets customers drive the experience, which can lead to more conversions. Some customers are less inclined to pick up a phone call but they respond instantly over text, so having a native SMS option in Sell has helped accelerate the sales cycle.

Similarly, native telephony has helped boost productivity for UpStack since switching from a legacy CRM system to Sell. “Before Zendesk, reps used their own cell phones or Google Meet, which meant toggling between phone and video conferencing apps,” Mlynsky explains.

As a global team that works remotely, UpStack reps need the ability to access the same customer account information in a centralized way. Having native telephony with local numbers and call recording options in Sell has helped drive efficiency and sales.

The UpStack sales process involves multiple stakeholders, from the first incoming call to the process of vetting, interviewing, and matching talent. With deals moving quickly, it’s essential for sales reps to stay on top of communications at every stage and ensure nothing slips through the cracks.

Zendesk Sell features have increased visibility across the board and helped maximize productivity at UpStack. Mlynsky explains, “Teams can go into Sell, see if their tasks have been completed, make updates, or move deals to the next stage.”

“Email integration is also very important so we can view the status of each deal and identify potential bottlenecks,” says Mlynsky. It’s become an essential tool for UpStack, enabling team members around the world to stay aligned.

Account tracking features in Sell are also driving visibility which was not available before. Now UpStack teams use Smart Lists to sync up data in different ways, by segmenting and filtering leads in real-time.

Sales reps and management leaders can even track business when they’re offline. “In the Sell mobile app, you can quickly and easily view the pipeline and stages of each deal when you’re on the go,” explains Mlynsky.

In using Zendesk Sell, UpStack continues to find unexpected strengths and opportunities that can help the company drive revenue.

Previously, UpStack was managing the sales process across multiple spreadsheets and tools, a less than ideal situation. With leads almost evenly split between upsell and new business, it was hard to draw a distinction between the two.

Zendesk Sell united the team on one platform that can be used by the sales team as well as the success team, allowing everyone to stay closely aligned. “That was a huge improvement for UpStack, since half of our revenue comes from upselling to existing customers,” Mlynsky says.

“We’ve had a massive number of upsells as a result of using Sell,” he adds. “The success team is now part of the sales team instead of being an afterthought. Our success team absolutely loves Sell.”

Building optimism and excitement among customers and team members will remain key to UpStack’s success. That energy paired with the right CRM technology is setting up the company for continued growth and success.