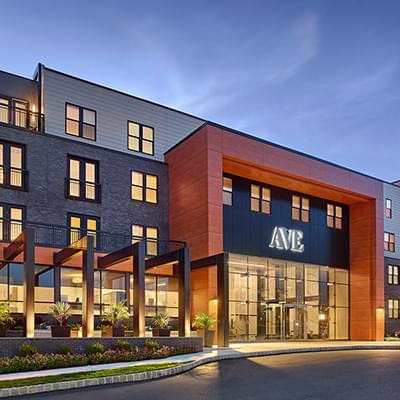 "We knew that what we would get with Sell is a partner who was understanding that we aren’t the largest sales organization in the world, but we’re a medium-size company that is growing rapidly. We need something to grow with us."

Senior Director of Business Development at AVE Living by Korman

"Just in the first training, everybody was on their smartphone, and it didn’t take long for them to start using Sell. That was just amazing because even after many trainings [with the prior CRM], the product was not accepted as much because it was hard to use."

In 1960s Philadelphia, Korman Communities pioneered the concept of short-term, furnished apartments in multi-family residential settings. Today, AVE continues to be at the forefront of innovating options for the changing housing needs of today’s highly mobile world.
With more than 7,000 luxury apartments and fully furnished units in a portfolio valued at $1.5 billion, it’s essential to the AVE sales team to be able to track leads, follow-up on the many touch points of a sale, and manage client relationships. A CRM helps the sales organization stay on track.

The past seven years have been a period of growth for the hospitality-focused real estate brand, but as the company expanded, its CRM proved to be a friction point for managing the existing business and growth. AVE’s Vice President of Client Relations, Bonnie Sicora, started around the same time as the launch of the previous CRM. “We had a system that was much older, and we only had six properties when we first used it,” Sicora said. “So, it worked for that, but as we continued to grow—and we grew pretty quickly in the past six or seven years—you would log in and it just didn’t work, or it would shut down. So, there was a lot of frustration.” That frustration spurred the team to search for a CRM that could grow with AVE. 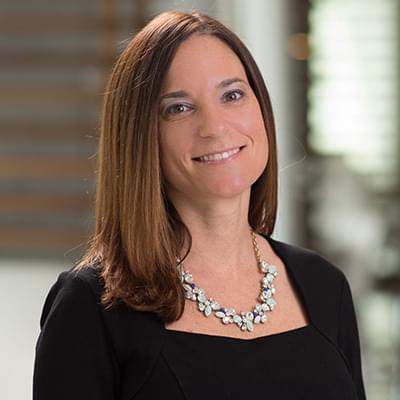 Emily Johnson, AVE’s senior director of business development, referenced an often-used sales statistic: It takes six to eight touch points for a sales professional to qualify a lead. “As our business grew, our sales team needed a tool that could support that lead nurturing—manage the journey and touchpoints, and ultimately, drive more sales conversions,” Johnson said. “And with properties in so many locations, the team required mobility, as well.”

The team evaluated almost 30 CRM options, including Zoho, SugarCRM, Microsoft Dynamics, and Salesforce, but Zendesk Sell stood out from the rest. “What really spoke to us was the one-on-one interaction from the account team,” said Johnson. “Some of the Sell team members even flew out and sat with us over two days to really understand our needs and aspirations for this program. They really dove into what we wanted from a partner.” 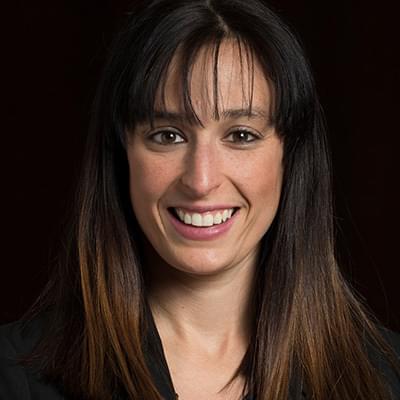 The feeling that the company’s needs were being heard and addressed played an important role in AVE’s decision to implement Sell. “We knew that what we would get with Sell is a partner who was understanding that we aren’t the largest sales organization in the world, but we’re a medium-size company that is growing rapidly. We need something to grow with us,” Johnson said.
That level of understanding extended through the implementation process, said Sicora. “Implementation was fantastic. We felt so supported,” she said. “We felt like the Sell team heard what we wanted and helped us capture our sales process and what that looks like in the system.”

AVE’s sales teams have different pipelines to tier up to the company’s business development and strategic sales priorities. Sell helped them focus on the strategies that generate leads. “We have a sales coach outside of our organization who assists our sales team in creating a list of the activities and behaviors they need to be doing in terms of cold-calling, networking, and LinkedIn outreach,” said Sicora, who notes that the sales team was able to take the list and bake the sales plan right into Sell. “Basically we put it into a working cookbook to say, ‘You need to do this amount of activity, to get this amount of new accounts, to get this many leads and bookings.’ We have incorporated that into the activities in Zendesk Sell.”

Time is money, especially in sales. That is why, for Johnson, any tool that gives a sales professional more of it, matters.

“One of the greatest things about Sell is the integration of our emails and appointments right into the system—that’s something we didn’t have with our old CRM,” said Johnson. With Sell, the team can email clients and have those messages and appointments show up in the system, a feature that helps Johnson, other business development managers, and sales professionals see who is communicating with each contact within each company, a collaborative step that helps eliminate the time-consuming legwork that can go into finding the right contact.

“Instead of me making a hundred cold calls and still not getting the right person, I see via Sell that we already have a contact there who can introduce me to somebody else. That time saved is huge,” said Johnson. And Sell’s task function provides reminders that help team members keep up with client preferences and close more business. “Ultimately, it’s time, and it’s being able to generate more money because we’re actually staying on track with what needs to be followed up with,” Johnson said. 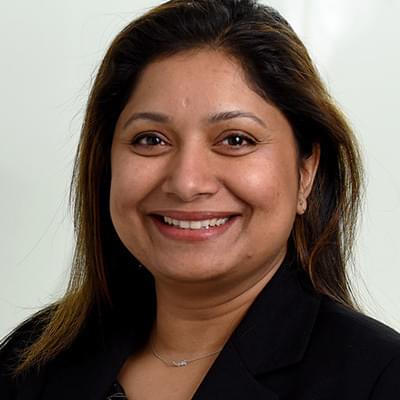 Meanwhile, Sell’s activity reports deliver transparency that helps each user and manager know the status of each lead so the sales team can better focus its efforts. “From the IT side, I see that everything is available, visible,” said Reena George, vice president of enterprise applications for Korman Communities. “We know where things are, at which stages, and do reporting in business intelligence. So that’s amazing to us because now we can see where we are getting most of our business.”

Sicora is also a fan of Sell’s Dashboard reports and uses them as her daily to-do list. “I use the report feature every day. It’s easy for me to view my tasks and see an overview of what my team is working on,” she said. The weekly usage reports also help her to see who is using the system, while Johnson values Sell’s reporting tools for the sales data: “Now we have specific data that we can look at and say, ‘Okay, in January we had 50 leads that came in through our website. Of those 50 leads, 20 of them turned into deals,’” Johnson said. “We can even drill down now. Marketing is a project we worked on, a custom project, where we can even track which keywords led to closed deals. Those are insights we never had before.” 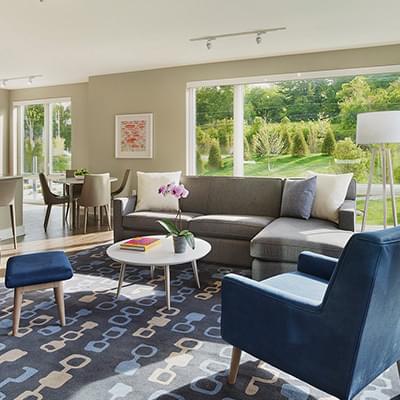 To have those tracking and reporting tools available on the mobile app is a major benefit for helping the reps sell and also made for quicker adoption. “Our sales team absolutely loves the mobile app—being able to be on the road, pull up what they need, log a call, have those conversations—and not have to go home with their notes and type,” Sicora said. For the sales team, the ability to quickly and thoroughly track each development while they’re out canvassing is important to the constantly traveling team members. “They’re not going to pull out their computer at every single stop, right?” said Johnson. “If they stop in with somebody, they can make a note right in Sell to add a reminder to follow-up.”

Johnson also uses the location capabilities to stay organized. “Being able to go right into the map and add a new lead or contact, or to log a visit, is useful,” she said. “I can go into a building where I have five or six contacts and easily log the visit by writing down that I dropped off goodies, I chatted about a new traveler, or whatever it might be. I can easily just do it right on the app as opposed to doing that later when I get back to my computer.”

Johnson reports that the sales team uses smart lists to create different views of their leads, contacts, and deals. “Most important, many of us have deal lists that track our open deals, deals closed for the week, and deals that pertain to certain accounts or specific properties,” she said. Beyond settling established work goals, the lists help the team plan for meetings and prepare for future revenue growth. “I usually sit with the GM of my property ahead of her monthly meeting with corporate, and we review the deal list for our property and discuss any new or big upcoming deals that the business development team or the strategic accounts team may be bringing to drive revenue,” Johnson said. 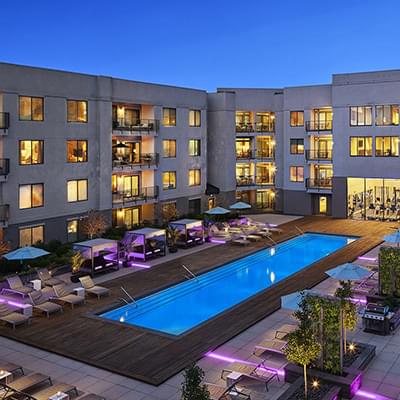 For her part, Sicora uses smart lists to help focus on opportunities. “The volume of leads that come in versus what’s converted into a deal is really important for us,” she said. “It helps us look at where we should be spending not only more time, but potentially more marketing dollars.”

“Using Sell, our team has been able to collaborate and be transparent about who is working on certain accounts and how we can leverage those relationships to build more business,” Johnson said.

That means there is less guess work and quicker actions. “I’ve worked on some accounts that sometimes drive me crazy,” she said. “I’ve visited the accounts, I’ve cold-called the accounts, I’ve emailed them. Then with Sell, we’re able to work better as a team because I can see that our colleagues in Pennsylvania may have already developed some relationships.”

One specific customer to Johnson’s mind. “It was a large account that I worked on in Newark, New Jersey. They’ve used some of AVE’s properties in Pennsylvania in the past,” she said. “I saw notes that they were booking in Pennsylvania, even though I knew they had a big corporate office right near me in Newark.”

She reached out to the business development manager. They introduced her to a project manager in Newark. “The project manager loved the experience of working with the AVE team in Pennsylvania and made another introduction for me to a key decision-maker in Newark. That automatically led to new business for our AVE Union property,” she said.