PayJoy + Zendesk: Unlocking finance with innovation for those who lack banking access, one smartphone at a time 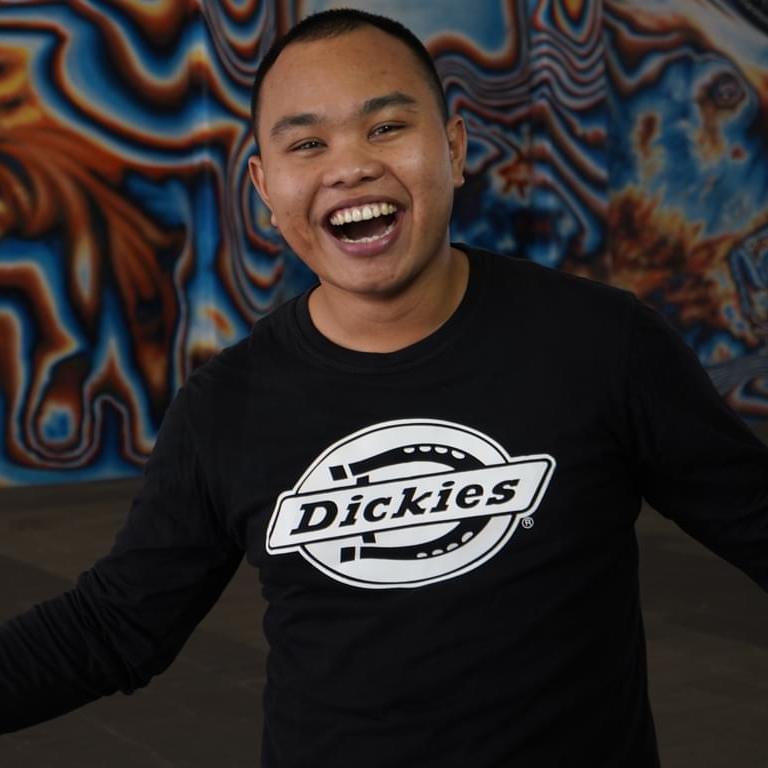 “Before Zendesk, we were wasting time hunting down information and building one-off tools to serve customers and partners. Now, we have a solid foundation for our global growth.”

“When we implemented the WhatsApp integration, things escalated quickly. Our SLA of 24 hours dropped to 6 hours and then, through more training with the reps or agents, it went down to one minute.”

For Gib Lopez, it all started with a chance encounter in a remote area of Honduras. Motorcycling through the mountains on a break from his job at a local nonprofit, Lopez spied a man walking down the road with a feature phone in hand. “How do you use that phone?” he asked. “And how do you charge it, since there is no power in this area?”

The Honduran man, it turned out, charged his phone thanks to a local business equipped with solar panels that charged a small fee for the service. He operated a small farm, and he used his phone to check on the going rate for crops he planned to ship into town. If the prices were too low, he delayed shipping. “For him, that was huge,” said Lopez, who is now PayJoy’s chief operating officer. “I saw that with this phone, he could access a lot of things that really mattered to him.”

Lopez already had witnessed firsthand the contrast between emerging and mature markets during visits to relatives in Mexico. “From a pretty young age,” he said, “I saw that lots of people around the world have lives that are just not as easy as what we have in the United States. I feel very fortunate, and I want to do what I can to help repay that debt.”

That experience led Lopez to band with co-founders Doug Ricket and Mark Heynen to found PayJoy, a company that is demonstrating that new technologies can make lending to the unbanked and underbanked—nearly half the world’s population, by some counts— a profitable business.

Pay as you go

PayJoy got its start as a finance company in Mexico, where, said Lopez, 25 percent of its customers have no credit score and live in the cash economy, which excludes them from traditional loan services. Using its own algorithm and criteria to rank a potential customer’s credit worthiness, PayJoy was able to approve more than 80 percent of potential borrowers in a country where most lenders approved fewer than half. The deal? A pay-as-you-go method of purchasing smartphones, with proprietary technology that locks customers’ phones if they miss a payment. The company expanded into small loans, using customers’ smartphones as collateral, and soon was partnering with financial institutions and retailers around the world by licensing its PayJoy Lock, Score, and Access technology to national and global businesses that can use it to approve credit for smartphones, small-dollar loans, or larger purchases.

PayJoy now employs over 100 people globally and operates in more than 10 countries, including Mexico, Indonesia, Kenya, and India; it is still expanding rapidly.

“We have grown so quickly—and had such an impact wherever we have grown—because credit is sorely needed virtually everywhere as the middle class expands,” said PayJoy Chief Business Officer Mark Heynen. “Credit requires assessing ability to pay and ensuring willingness to pay, yet the vast majority of the world’s population does not have a credit score and cannot pledge collateral.”

But with all the success, PayJoy had its own technology hurdles. As a startup, the company used a mix of proprietary home-grown software and third-party vendor applications for customer support. Rapid growth and a business model that incorporated both B2B and B2C services meant that agents were responding to thousands of incoming chats, emails, and calls from licensing partners, clerks at partners’ retail locations, and individuals users.

“When we started out,” said Lopez, “we realized customers had a lot of questions for us. So we set up a simple VoIP support system.” With their new smartphones in hand, customers then wanted to write to PayJoy. “So we added a chat tool and then an email channel,” he said. Customers began posting on PayJoy’s Facebook page and asking for WhatsApp connections as well. “Then we noticed that people would contact us multiple times and thought it would be great if there was somewhere to take notes on those interactions,’” said Lopez. So PayJoy built an internal solution for tracking those contacts.

“We just had this hodgepodge of systems,” Lopez said. “Someone might text us and then immediately call us, and then get upset when we didn’t have all of the context. Our information gaps impacted our ability to serve our customers and kept us from serving them the way we wanted to. It was really painful to have all these different sources of information.”

For a company aspiring to scale globally, the disparate systems were more than painful: they were a serious impediment. “We said look, we’re going to be scaling a lot over the coming years, so we need one thing that we can route all these channels through,” Lopez said. “And we need something that has the features we’ll need in the future or we’re going to have to build them ourselves.”

In 2018, PayJoy joined the Zendesk Startups program and moved over to Zendesk Support, Talk, Chat, Guide, Explore, and soon added the WhatsApp integration. “For us,” said Lopez, “having one place where tickets come in is huge. Now when we then look ahead and say ‘Boy, if only we had a knowledge base of some kind—we should build one,’ we realize we don’t need to do that: We got Zendesk. Or we think maybe we should build a chat tool in our app somewhere so we can respond to inquiries. Nope—we just add that in Zendesk.”

For customer support, Zendesk’s WhatsApp integration for the cash loans side of the business has been especially transformative. “We used to have one physical phone with WhatsApp business and we only had two people attending the personal cash loans,” said PayJoy Customer Service Manager Oswaldo Romero Carranza. “So imagine you send out a message to everyone in your database and then you receive around 300 WhatsApp messages in a matter of minutes. Between two people, because there was only a capacity of two per phone, usually our SLA for WhatsApp would be about one day. Potential customers lost interest and dropped off.”

“When we implemented the WhatsApp integration, things escalated quickly,” Carranza said. “Our SLA of 24 hours dropped to 6 hours and then, through more training with the reps or agents, it went down to one minute. WhatsApp is one of the best communication bases we have with customers right now.”

In customer service, Carranza said, one of the biggest channels is Chat; PayJoy’s agents chat with individual customers, partners, and with clerks conducting transactions with customers. Inbound phone calls comprise the second-highest channel by volume. “We reply to almost 24 messages every 30 seconds,” he said. “Chat requests are about very specific things. A customer requests a PIN, and in less than five seconds, agents send back a PIN.” Those requests, he added, are constant all day and are critical to making sales. With a better Chat tool and the WhatsApp integration, Lopez explained that each agent had been able to quadruple their sales support capacity.

By handling easily satisfied requests via WhatsApp, Carranza says PayJoy can cut down inbound calls by 60 percent. It is also looking into integrating bots in the future to handle routine requests so agents can focus on answering inbound calls related to collection, warranty, and technical issues.

PayJoy’s metrics show that it is successfully offering channels where customers can get quick support: chat sessions are increasing by 10% month over month while its inbound call volume has decreased by 55 percent. And the company’s CSAT score has been averaging a steady 92 percent, even as support volume increases.

PayJoy’s goal to enable billions of people around the world to access the modern financial and mobile ecosystem is becoming more and more real: the company raised $20 million in Series B funding from Greylock Partners. True to its mission to provide quality financial services to disadvantaged populations, it uses that funding to ensure customers are able to get the support they need, no matter which channel they use to reach out.