With its groundbreaking plant-based meat products, Impossible Foods has grown exponentially while facing the challenge of serving both B2B and B2C customers. Along the way, the startup turned to Zendesk to understand and improve the customer experience. 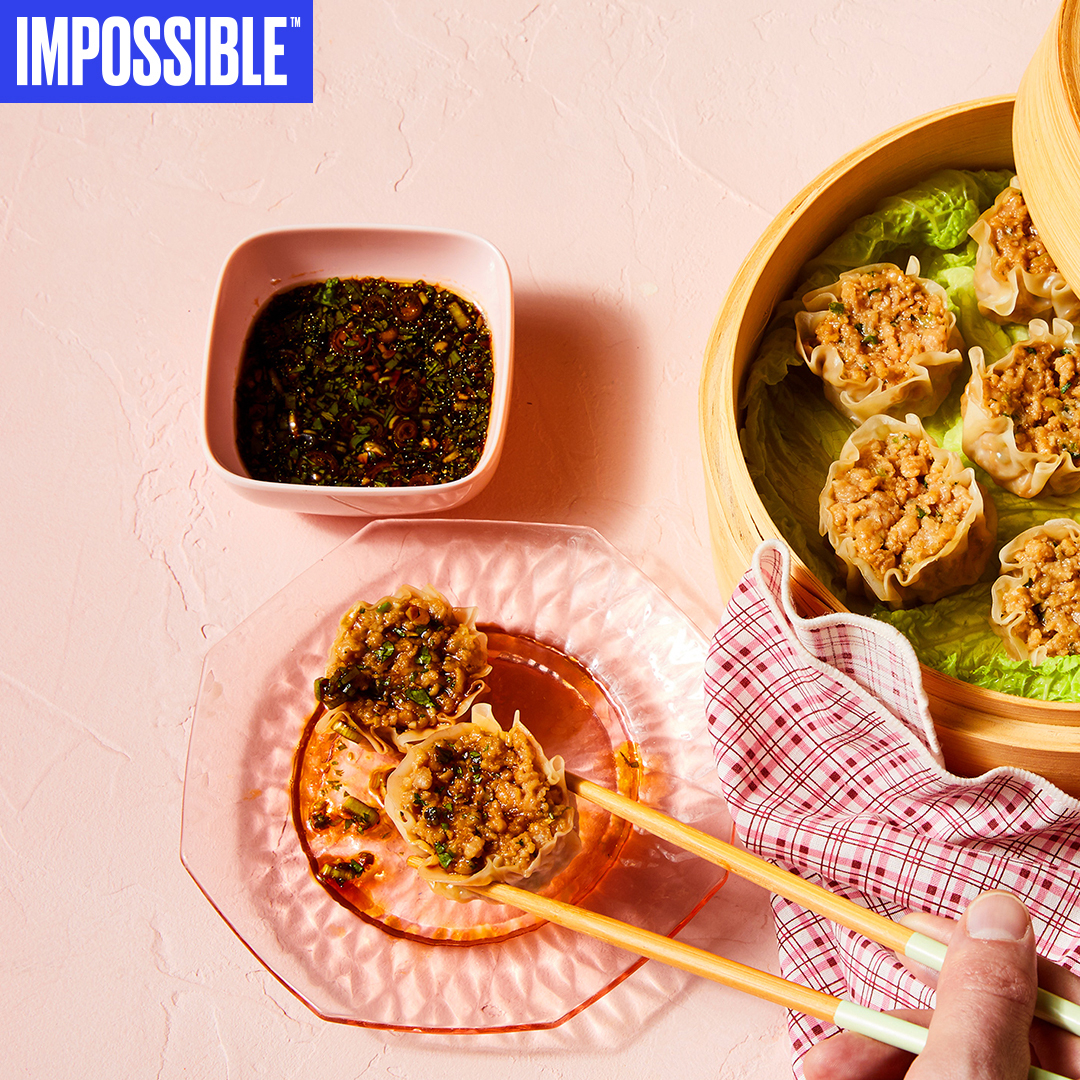 "Impossible Foods is full of people who came from tech and, when they arrived, were asking ‘Where is the data?’ So Zendesk became such a treasure . . . we collect tens of thousands of pieces of feedback every year for our product team, which is massively helpful to them and also gives our consumers a voice at the table.”

“We’re the team that knows who our customers are and whether they’re having positive experiences with our brand. What are they asking about? What are their needs? And we’re able to track that and analyze it in a way that can be shared with other teams and start to understand the journeys of our different types of customers. That is a massive value add.”

Gabrielle McCobin had been a vegan for a decade when she ran into a former employer who changed her career—and her eating habits. “I hadn’t seen him in years,” McCobin said. “We were just catching up, and he said, ‘One of my chef friends just let me try this thing called the Impossible Burger. You are going to go insane. I’ve never seen anything like it.’”

Impossible Foods launched in 2011 with the mission to replace the use of animals as a food source by creating “delicious, nutritious, affordable, and sustainable” alternatives directly from plants. They found more than a new fan in that encounter: McCobin is now the company’s director of customer advocacy. “Immediately after that conversation I told my husband, ‘We’re changing our plans. I need to work there,’” she said. “I was just so excited about what they were doing.” 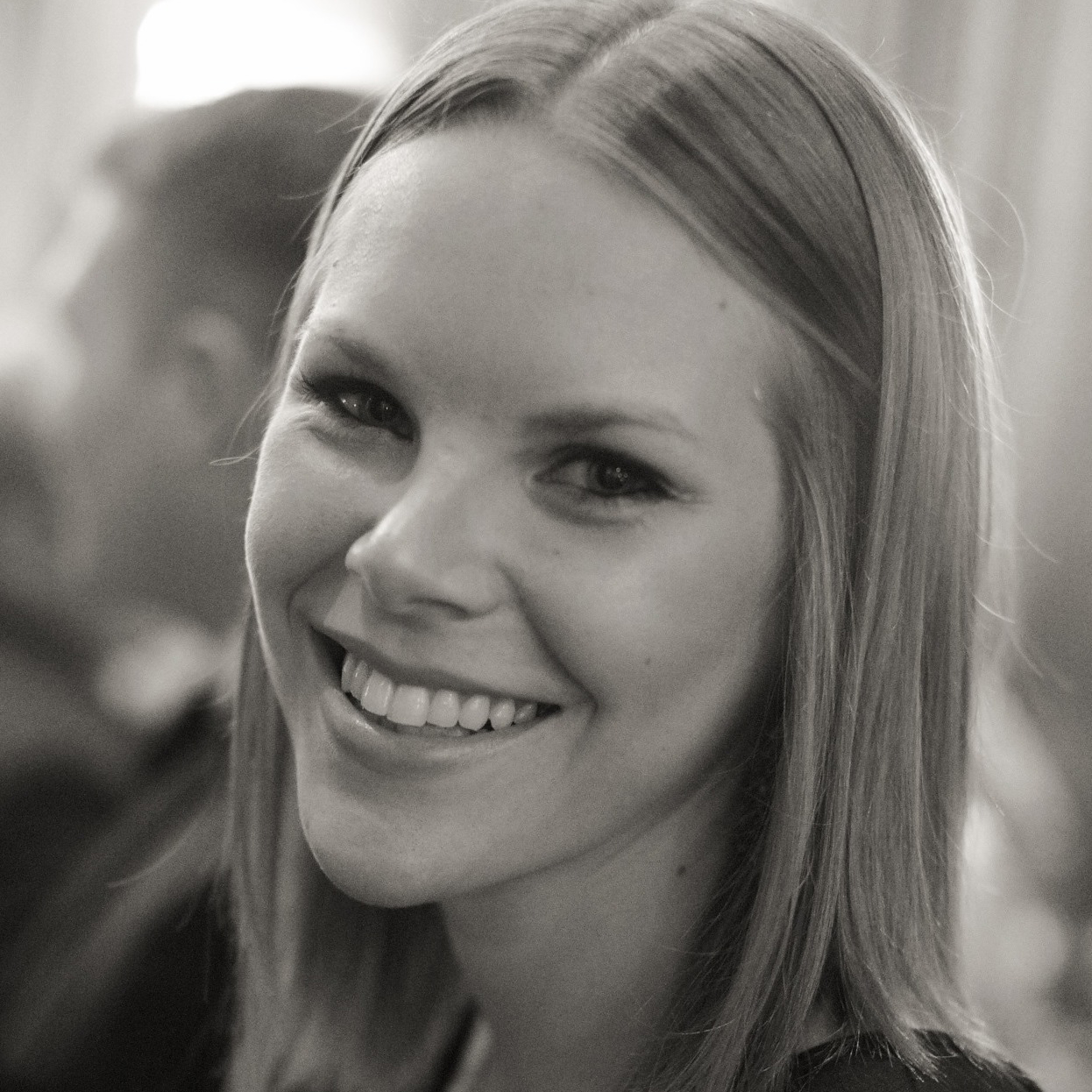 When McCobin began stalking Impossible Foods’ website for a suitable job opening, the company was still in startup mode. It had been testing Impossible Burger prototypes since 2014 and working with a few select restaurant chefs, but “no one had heard of Impossible,” McCobin said. “We had something like one marketing person, one comms person, and one sales person. They hadn’t even gotten to support yet. We literally just had a Gmail account.” That changed when a video featuring the company went viral in 2016, resulting in a flood of 3,000 emails that convinced the company it needed a support function. The company selected Zendesk as its platform and created a support position—which was promptly filled by the enthusiastic McCobin.

Getting support on the front burner

The company now sells its products primarily to food service redistribution giant Dot Foods, which then sells them to distributors who in turn sell the products to restaurants —putting support four steps away from Impossible Foods’ end consumers. “But when you rely on third parties too heavily, you lose some control over how people are being educated about our product,” said McCobin. While the Dot Foods relationship is centrally managed by Impossible Foods’ sales team, “you have this whole ecosystem of sales reps for the hundreds of distribution centers across the country,” she said. “And then you have all the restaurants that are purchasing the product through third-party distributors, so they rely on us to educate them and their staff about the product.”

The way Impossible Foods learns about those customers? Zendesk Support. “Zendesk is often where we find out about our operators because they’re reaching out to us for the first time by logging a ticket on the website,” McCobin said. “We’ve always prioritized showing up for our customers, whether those be consumers or operators, because we’re doing something unique and innovative and we want to be there to educate people.” Whether it’s to help a potential consumer locate a venue where he or she can try an Impossible Foods product, advise a restaurant on recipes and menu placement, respond to a young student who wants to dress like an Impossible Burger for Halloween, or include sustainability information in a science report, “My team specializes in building relationships and creating really exceptional brand experiences,” she said. And of course, with Zendesk, every contact becomes a data point for sales and product teams as well. The Customer Advocacy team collects “tens of thousands of pieces of feedback every year” that can help inform Impossible Foods product development and expansion strategies.

Turning up the heat: managing demand with Zendesk

Early on, contacts were mostly consumers who had heard about Impossible Foods “on some corner of the Internet, or through a friend of a friend,” McCobin said. Food manufacturers that sell exclusively through foodservice normally don’t connect directly with consumers, “but because we were doing something really new and mission-driven, and something that people were curious about, the consumer base was actually the first base that blew up—long before restaurants had heard about us or distributors would take us seriously.” McCobin spent a lot of time during those first years just telling restaurants and consumers they could not have the product—all the while “building up this big lead list we couldn’t fulfill because we didn’t yet have the scale we needed.” The company used that support-generated list of contacts to help plan regional launches and to partner with specific restaurants and chefs.

The business changed dramatically in 2017, when Impossible Foods opened a large manufacturing facility in Oakland, California. They began manufacturing enough supply to open distribution channels, including Dot Foods. Burger King’s 2019 roll-out of the Impossible Whopper in more than 7,000 US locations brought in a landslide of new consumer communications. With widely reported placement on the menu of an iconic fast-food chain, ticket volumes tripled, and the demographics changed, especially on the consumer side. “That’s when we really tipped from talking to the early adopters—the really passionate fans or the passionate detractors,” McCobin said. “These were people who were learning about it for the first time and who were interested in different aspects of the product and had different motivations for trying it.” In the same time frame, Impossible Foods launched a new recipe and was planning to move into retail sales. A support of four agents was suddenly fielding well over a thousand tickets a week.

“So it was a reset moment for us,” McCobin said. “We needed to step back and figure out how we could scale our team.” After the Burger King launch, “we focused really heavily on ticket deflection initiatives—getting Zendesk Guide set up properly and introducing Answer Bot so that we could focus on the higher-value opportunities.”

Those activities include more proactively supporting restaurants throughout the onboarding process rather than just reacting to their concerns and working more closely with small businesses. It’s an audience “totally different from your Burger Kings and Red Robins and White Castles,” McCobin said. “By being more involved and really supporting them throughout the process, we’re learning what their unique pain points are, whereas before it was kind of a black box. Now we can better understand what the needs of those customers are—not only on my team, but across the organization. We have a more in-depth and nuanced understanding of how we can serve that audience best and how we can make our product successful for them.” In this way, she said, her team is a sales generator for the company, straddling the line between sales and support with a constant feedback loop that provides proactive support and advocates for customers internally while feeding information back to other stakeholders in the company.

Supporting customers and the sales team

On the road to building a more scalable and efficient support organization without losing its primary focus—the customer—McCobin’s team renamed itself “customer advocacy,” and separated the B2C activities from the B2B sales support activities. 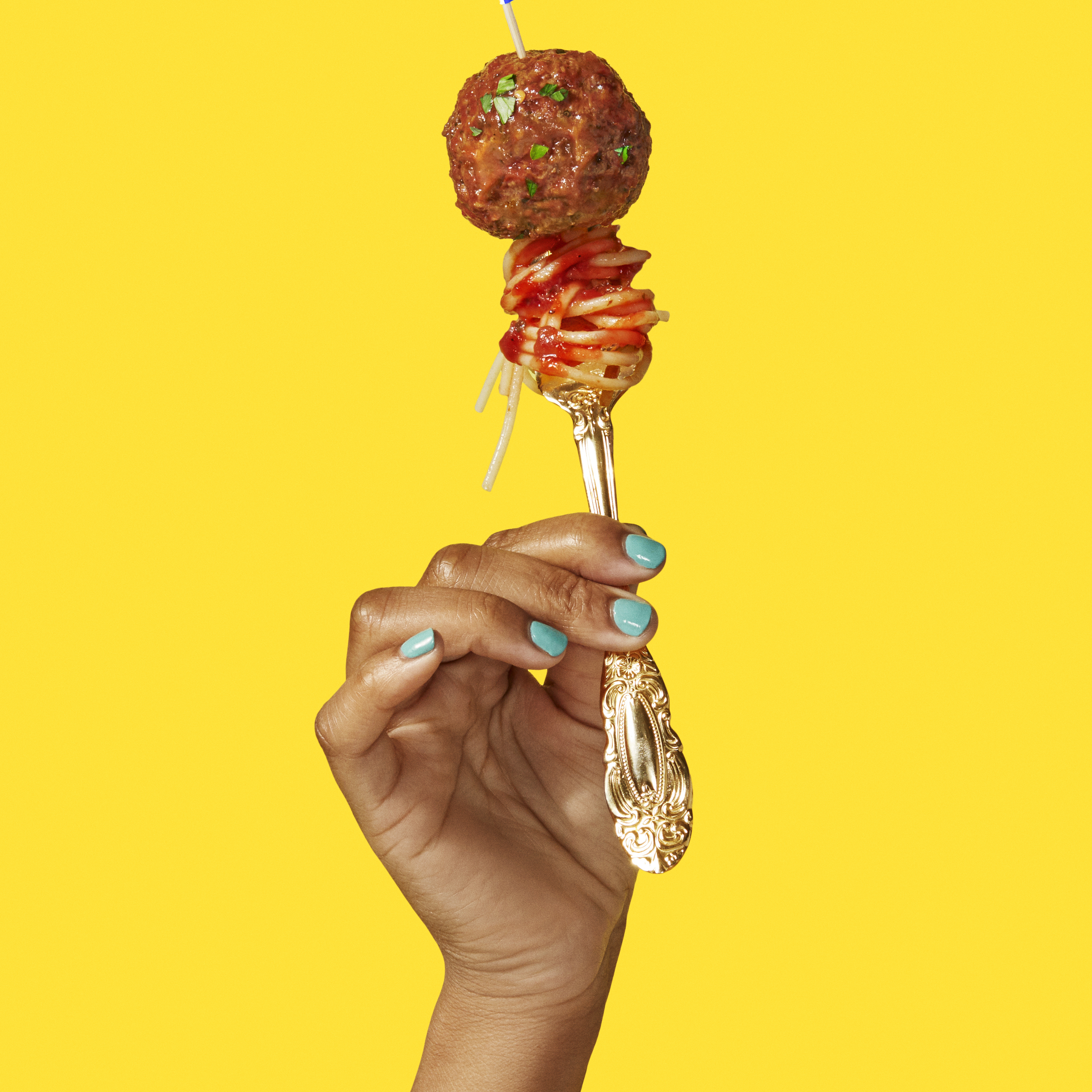 “On a B2C side, the consumer engagement side, we do all the consumer support as well as the social engagement,” she said. Impossible Foods recently launched a loyalty program and direct-to-consumer shipping, “so technical support is a new thing that my team is learning how to do that wasn’t relevant to our world before.” The B2C team also is focused on preparing for “a ton of retail expansion” on the horizon.

On the B2B side, McCobin saw an opportunity to better support sales—bringing in new customers, creating extraordinary brand experiences, and building relationships. “Right now we have an onboarding team that’s focused on operators from the moment we hear about a lead all the way to the on-menu moment,” she said. “That’s a very proactive support process.” The team handles any inbound messages from new restaurants that are getting up and running with the product, helping them to get samples, setting them up with marketing materials, and troubleshooting any issues they might be running into with their distributor.

All of those teams are or will be using Zendesk to some extent. “The consumer engagement team is very heavily in the Zendesk world,” she said. The onboarding team uses Zendesk’s out-of-the-box integration with Salesforce along with “a bunch of custom integration so that as we’re gathering data it’s feeding back to Salesforce records in the appropriate way.”

The new consumer loyalty program depends on Zendesk, as well. As customers upload receipts to earn loyalty points, for example, if their images are rejected for any reason, “we’ve built a trigger that automatically creates a ticket in our Zendesk workflow for our team to address,” McCobin said.

With exponential growth domestically on both the B2B and B2C sides and plans to expand internationally, Impossible Foods needed to find efficiencies so it could continue to scale without diluting the experience for existing customers. The company transitioned to Guide in summer 2019, recording 1.5 million views on the help center just in the second half of that year. Implementing Answer Bot for the web form drove the ticket deflection rate to 12 percent and email deflection to about 10 percent. Ticket volumes have dropped from between 1,100 and 1,200 a week to about 2,000 a month. 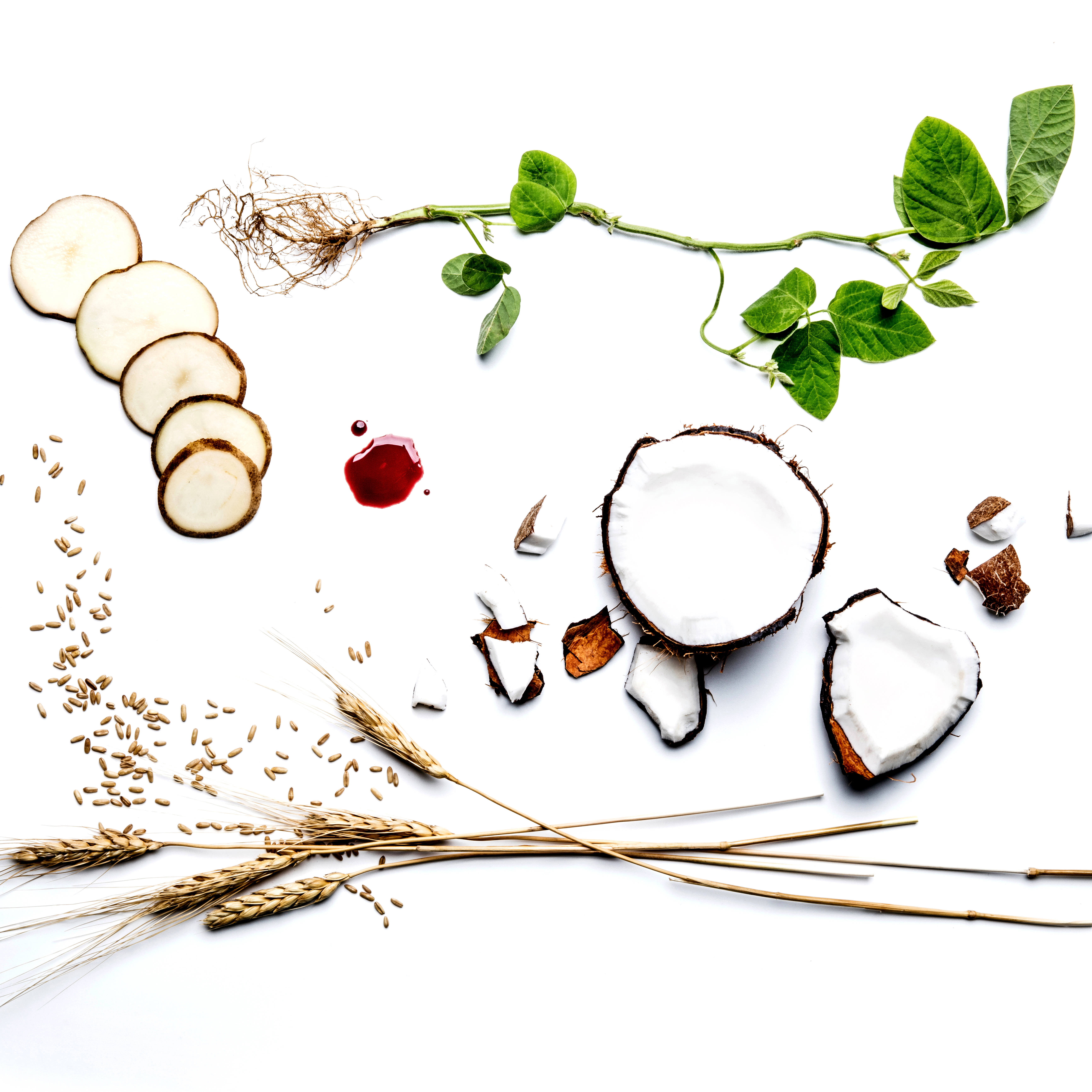 “It’s insane,” said McCobin. “Our base support volume basically was halved because a lot of the noise was just making sure consumers had the right information about our product. When you serve through restaurants, people aren’t seeing your packaging, and they’re not seeing the nutrition label or ingredient list, but they want the information, too. Those are the types of questions the Zendesk tools are able to help address and really give our team a lot of time back.”

McCobin’s team takes advantage of Zendesk Explore for reporting and analysis, as well. “For our own team reporting, we rely a lot on Explore,” she said, “but when we’re doing broader cross-functional projects, we’re usually just pulling the data out and working with it independently.”

So far, the Zendesk platform has exceeded expectations. On the consumer engagement side, reply times hover at around four hours. On the onboarding side, the team “is really focused on the second you fill out that lead form, someone is reaching out and helping you, and introducing you to Impossible,” McCobin said. “During business hours, our average reply time for that team is 15 minutes.” CSAT across teams stands at 94 percent, and the new onboarding team helped bring hundreds of new restaurants to the table in just one quarter during its initial test phase.

“We’re doing something that challenges how food has worked for thousands of years,” McCobin said. “The only way to do that sustainably in the long term and build trust with people is to be an open book as much as possible. So that definitely has been one of the values that has guided us in engaging with customers.” And the change in McCobin’s eating habits? She’s still a vegan, but she admits she’s learned to like the taste of meat again—one Impossible Burger at a time.