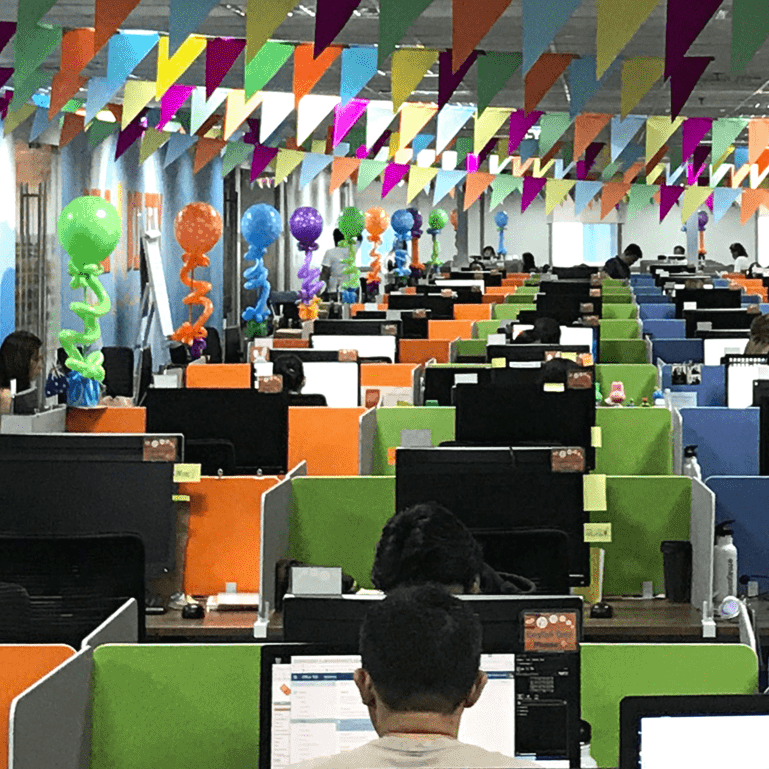 “We appreciate that, with Zendesk, we don’t have to invest a huge amount in our own infrastructure, which would be a limiting factor to our growth.”

Head of IT and Operations at amaysim

“We also launched our broadband vertical on Zendesk in about six to seven weeks in conjunction with professional services, which was fantastic...”

Head of IT and Operations at amaysim

Pretty much everyone needs mobile, broadband, and energy services. Yet dealing with the companies that provide these services can be complicated and frustrating—historically, that is. Today, however, telco and utility companies are reinventing themselves to transform the customer experience, and their reputation.

amaysim is one such company. Based in Australia, amaysim provides contract-free mobile service, home internet, energy plans, and tech. And, fortunately for its customers, the listed company believes in keeping things simple.

“Our value proposition is to deliver amazingly simple experiences,” explained PR Manager Julian Rosenberg. “We offer no lock-in contracts. It’s easy to join. There are no hidden fees. The idea is to provide something very customer-centric.”

This approach has helped the company attract 500,000 customers when it first launched as a mobile phone plan provider, back in 2010. Now in 2018, amaysim services over 1.1 million happy customers.

Acquisitions helped move amaysim from a pure SIM-only player into a telco and utility provider, and the new lines of business further amplified its growth. Rosenberg noted, “Early last year we added broadband, and later in the year we launched energy and tech, so now we have four verticals up and running.”

Scaling at pace with its growing customer base, while adding new verticals meant that amaysim’s customer service team needed to grow. Support operations expanded fast and is located at two sites in the Philippines from where agents provide email, voice, and live chat support seven days a week during local business hours. The team also offers extended hours for broadband technical support. Overall, they handle tens of thousands of emails, calls and chats across mobile, broadband and energy every month—all of which are logged as tickets in Zendesk.

Adopting an omnichannel solution with Zendesk was a central part of the customer service team’s strategy to simplify the customer—and agent—experience. Peter James, head of the IT and Operations team, explained, “We initially offered email support and were getting snowed under, trying to manage that through Outlook. At some point, we reached the point where we said, ‘Enough is enough’. We migrated to Zendesk relatively quickly after that, in 2013, and the Support offering has been the staple of our operation ever since.”

amaysim now uses Zendesk Support, Guide, Talk, and most recently, Chat, to provide live chat for broadband customers. A strong partnership with Zendesk’s professional services team helped with a quick roll-out. The amaysim team leaned on Zendesk to set up reporting and analytics. “We also launched our broadband vertical on Zendesk in about six to seven weeks in conjunction with professional services, which was fantastic,” James said. The Broadband team wanted to adopt Zendesk Chat to offer customers a true omnichannel experience.

Agent training and onboarding have also been easy. Carlos Hernandez, who oversees amaysim’s teams in the Philippines, uses his company’s favorite word to describe the Zendesk experience: simple. He explained, “We spend three weeks to learn about amaysim, and then two weeks of product and systems training. Zendesk is a simple module; it’s easy to learn.”

Zendesk Guide plays a central role in amaysim agent onboarding. “During the initial induction process, agents rely on the knowledge base quite a bit,” James explained. “But we also use Guide to provide any updates or changes in process to all our agents so that information is readily available for them to find and use.”

James also noted that the Zendesk Apps Marketplace has been useful, especially with regard to the voice support the team offers to broadband and energy customers with Zendesk Talk. “We’ve been able to try a lot of apps and can play around with integrations—with no risk to how agents actually handle calls or scenarios,” he said.

amaysim uses Tymeshift app to track agent time, which helps keep things running smooth. “We manage our workforce with Tymeshift,” James shared. “We need to have a clear understanding of how our agents are doing and, if they are falling behind, what the impact will be on our volume and the service provided. Tymeshift was critical for getting real-time stats for our broadband launch.”

While amaysim monitors agent efficiency, it’s customer satisfaction that really matters. “The quality of service is primary to what we do,” James said. “We avoid an environment where agents focus purely on how quickly they can get to the next ticket. We place a lot of value on how the customer rates us.”

That rating is high: amaysim’s NPS® for mobile service is the best in the business in the Australian market. The support team has also managed to meet their internal KPI for broadband right from the beginning.

amaysim’s success with Zendesk also led them to adopt Support for the company’s internal IT team. “It’s been powerful to go from having no visibility to being able to see our tickets solved, with first touch response times and all open tickets—which Zendesk gives us out of the box,” James said. “Seeing the ticket breakdown per agent and physical site is how I’ve been able to justify growth in the IT team. We’ve gone from handling 200 tickets a month, two years ago, to more than 1,000 a month now.”

The company continues to look for new ways to strengthen its support, inside and out. Another of the changes on the horizon is a move away from a vertical-based support structure. “We understand that different verticals have different support needs, and we have that set up using the Multibrand feature so that we can provide unique experiences that are still tied to the larger amaysim brand,” James said. “But once we work out how, or if, we want to change our support structure, it’s reasonably easy to change that structure inside Zendesk as well. We just always need to make sure that it’s easy for our customers to seek assistance.”