For the team at Elkhart Community Schools, supporting their students, teachers, and parents is everything. So when it came time to upgrade their customer support system, they turned to Zendesk. With increased mobile capacity, streamlined workflows, and data-driven insights, Elkhart's team of tech support agents can now focus on what matters most—their community. 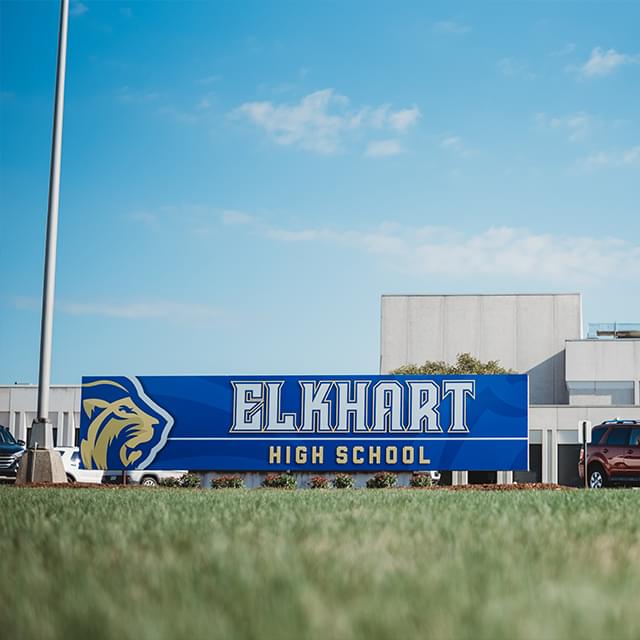 "Zendesk has given us better processes, better mobility, better reporting—better everything."

“The time we saved in not having to manage our server alone made the move to Zendesk worth it.”

Overseeing the maintenance and technology needs of 22 buildings and 1800 employees with just 36 people can be overwhelming, especially at the beginning of a new school year.

“Our job is to help our staff do their jobs better—from setting up devices for remote learning, to broadcasting football games, to maintaining buildings. Zendesk has given us better processes, better mobility, better reporting—better everything,” said DJ Rhoades, technical service manager at Elkhart Community Schools.

“On average, we get more than 3000 tickets in the first month of school alone,” said Rhoades. And as the district grew, so did requests for new devices and services. “The shortfalls in our systems became more and more evident,” he added. An in-house developer continued to patch the old system to try and make things better but, Rhoades explained, “we realized, this isn’t working anymore. We need to move.” So they stopped patching and decided to change systems completely.

Searching for a new system began with a process audit which showed their existing workflows were time-consuming and inefficient. They decided to focus on three key areas:

Their new director of technology had previous experience in the education field and recommended Zendesk. “We looked at it, and saw it was exactly what we were searching for,” said Steve DeCook, one of Elkhart’s technical support analysts. Zendesk had the robust features they needed with the simplicity they wanted.

When it comes to streamlining workflows every eliminated click goes a long way, especially considering the thousands of tickets that are processed every month.

With their prior ticketing system, the team had to pull up multiple tabs to complete a single task. Agents would have to go to three different spots within a ticket to find the information they needed. “When you have to troubleshoot the ticket before you can troubleshoot the issue, you have a big problem,” said Rhoades.

“Now staff members can create Zendesk tickets themselves, including explaining the issue and attaching a picture. And our technicians eliminate a 20-minute drive to a school to see what they’re talking about. Plus, we pay a lot less over time, thanks to the time-saving delivered by Zendesk,” he explained.

The team also spent a lot of time managing a server, managing roles, and creating custom back-end processes. “The time we saved in not having to manage our server alone made the move to Zendesk worth it,” commented DeCook.

From overwhelmed to empowered

The issue of mobility is enormous when it comes to building services. “Our building services team were using an even older, in-house, written program that didn’t support pictures or attachments. They were printing pieces of colored paper and handing them to their service people to go and do any work that involved electrical or plumbing,” said Steve DeCook.

The system was also lacking any mobile capability. “You pretty much had to be sitting at your desktop to get your tasks. Then you go out and do them without any way to get real-time updates while you’re away from your desk,” he explained.

“Instead of technicians drowning in tickets they have the time to focus on work."Steve DeCook , Technical Support Analyst at Elkhart Community Schools Now each technician has an iPad. This means they can receive constant updates, so everyone always has the most up-to-date information regarding their tickets. And the team can assign four times the amount of tickets as before. “Instead of technicians drowning in tickets and an overwhelming workload, they have the time to focus on work, instead of working to find out what work they need to do,” said DeCook. “Plus, the reduction in the use of paper has been huge,” he added.

Before Zendesk, the team at Elkhart tracked a total of two stats: total tickets opened and total tickets closed. Once they implemented Zendesk, they expanded their tracking program. But it wasn’t until they implemented Explore, that they really took their stats to the next level. “We now have a robust Explore dashboard. It contains the ticket volume since we switched to Zendesk which shows a trend of increasing ticket volume. We have almost doubled our volume of tickets year over year,” commented DeCook. Having everything in Zendesk has enabled them to track numerous stats and identify recurring problems or tie issues together. “We can see if this is a problem everybody’s having or if one of our services isn’t working correctly, and communicate with all those tickets at the same time,” said Rhoades. They are also tracking satisfaction scores and can show that overall users are very happy with the work they do despite the increase in overall volume of tickets. “We can then use these stats to make cases for staffing levels, showing that our team is not increasing in size year over year but our workload is,” he added.

The team at Elkhart is continuing their digital transformation efforts, implementing Zendesk for more departments and utilizing more features. “We are looking at bringing our Food Service department into Zendesk, and hoping to implement Chat for the new school year,” said Rhoades.

In closing, he shared, “At the end of the day, our job is to make sure the teachers, staff and administrators can do their jobs effectively and efficiently. If we have technology that they don’t know how to use, it will be super stressful. I hope that we did our best, and I hope that we make things easier for them. That’s what it’s all about.”