When Sezzle realized that their existing support system just couldn’t match the pace of explosive growth they were experiencing, they quickly turned to Zendesk. By empowering their most successful customer support agents to lead the design of new workflows, Sezzle built a tailored support system rooted in best practice. And that was just the beginning. 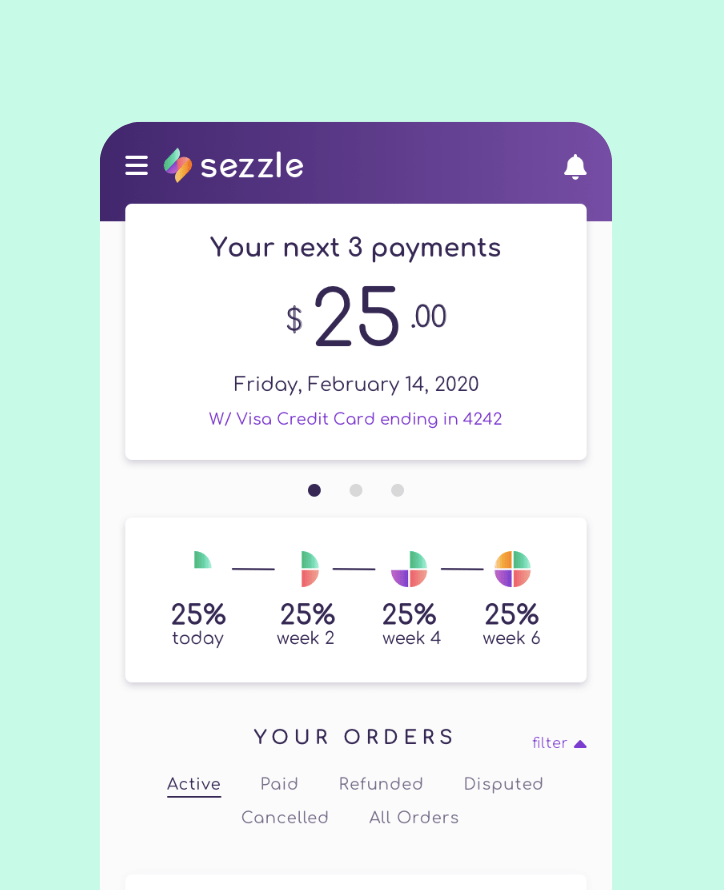 “Zendesk helped our team both survive and also thrive in a fast-growth stage. I’m really, really grateful for what Zendesk has done for us.”

VP of Support at Sezzle

“Zendesk enables a faster first response to our shoppers and helps us onboard our merchants onto our platform a lot quicker.”

Director of Support Enablement at Sezzle

Purpose with payments. People with passion.

More than just a buy now, pay later platform, Sezzle is about purpose with payments, run by people with passion. “We’re the only B-Corp in this space, and that means we value ethics and humanity and doing right above just making a dollar,” said David Gustafson, VP of Support.

Based in Minneapolis, Minnesota, Sezzle is a public benefit B Corp on a mission to empower the next generation financially. Trusted by more than 34,000 retail partners, Sezzle unlocks access to millions of shoppers for their customers. Also, Sezzle’s platform increases merchant sales by allowing shoppers to split their purchases into four interest-free payments paid over six weeks.

Their platform has seen immense growth over the last twelve months. Zendesk has helped them keep their shoppers satisfied and their merchants successful. “Zendesk has helped us grow our support operations by more than 3X in a year. During our company’s impressive growth over the last year, we’ve continued to maintain high agent and customer satisfaction,” commented Gustafson.

Bridging the gap from startup to enterprise

When Gustafson joined the Sezzle team, he knew the existing support system would not scale and support the tremendous growth the startup was anticipating. “Our previous support solution was not enterprise-grade or equipped to handle holiday surges,” Gustafson explained. “Also, it could not route or merge tickets and overall didn’t meet the needs of our shoppers and merchants.”

Calculated risks pay off in the end

“We decided to purchase Zendesk just two weeks into the COVID lockdown—not exactly a great time to be migrating your support system,” commented Gustafson. Although risky, he knew it was the right move because he had used Zendesk at a previous company.

They took another significant risk at the same time. “We did a team restructuring where we took our best agents with the fastest, highest quality output and said, ‘don’t do tickets right now. Instead, focus on how we make your abilities repeatable for other users,’” he said.

To make Zendesk the most useful tool possible, taking his most successful agents off the queue to act as lead designers of the new system paid off in the end. “We were able to take their workflow and language and replicate it for use by the entire team. In addition, building a program rooted in best practices was huge in reducing first response and resolution time,” he added.

The recipe for an exceptional agent and customer experience

When asked about some of the most important things in creating a solid agent experience, Nathen Brickner, Director of Support Enablement, had plenty to say.

“Zendesk enables a faster first response to our shoppers and helps us onboard our merchants onto our platform a lot quicker.” In addition, he elaborated, “Zendesk’s tools, including macros, the knowledge base, and CSAT score tracking, have helped our team work more efficiently and effectively.”

The team at Sezzle wants to create an exceptional experience for their agents along with their shoppers and merchants. “There are some excellent recipes on the Explorer recipe site. We use one of the formulas to look at the heatmap of people trying to contact support. With the data, we could make informed decisions on weekend coverage and hours our employees should be available to help our customers,” said Gustafson.

Consolidation and deflection save money and FTEs

By adopting Zendesk, Gustafson was able to eliminate one-off applications. For example, the team could stop a previous solution because the Zendesk Guide would now serve as their knowledge base. “With Guide, we are now deflecting 10 to 20 percent of our tickets. So when you look at 10 or 20 percent of a 65 person team, that’s somewhere between six and 12 people, which allows us to use those funds to invest in other needed areas,” said Gustafson.

Proving the value of support as a true development partner

“The developers are proactively reaching out to us for insights on what we think problems are going to be for new products. In addition, they’re constantly checking in with us to see if there are any issues with things previously launched. The insights from Zendesk have helped us develop a healthy working relationship between our teams and make our products and services even better,” commented Brickner.

“The product team is super pleased that we have such rich data,” added Gustafson. “We have 60 high-level categories and some 125 resolutions so we can see the trends. Then, we surface these trends to the product team to look at places that are opportunities for improvement,” he said.

Big plans for the future

Gustafson, Brickner, and their teams continue innovating with Zendesk and exploring ways to increase agent efficiency and speed ticket resolution. One area they would like to enrich and automate is their chat experience. “I think using a combination of using Answer Bot with Flow Builder will really let the ticket reach an agent in a mature state,” said Gustafson. In addition, they are expanding to new regions, including Germany and India. “WhatsApp will be an important integration when we engage with people outside the U.S,” he added. Lastly, he would like to get Zendesk integrated into the Sezzle mobile app to provide a more seamless experience. In closing, Gustafson commented, “Zendesk helped our team both survive and also thrive in a fast-growth stage. I’m really, really grateful for what Zendesk has done for us.”