When customers call about an e-wallet issue, they expect to talk to someone who knows their history and can help in minutes. This type of visibility and seamless efficiency is what TNG Digital has achieved by partnering with Zendesk to create a unifying ticketing system, earning TNG Digital the title of Malaysia’s Best New Call Center in 2021.

Zendesk for Finance
Watch the video 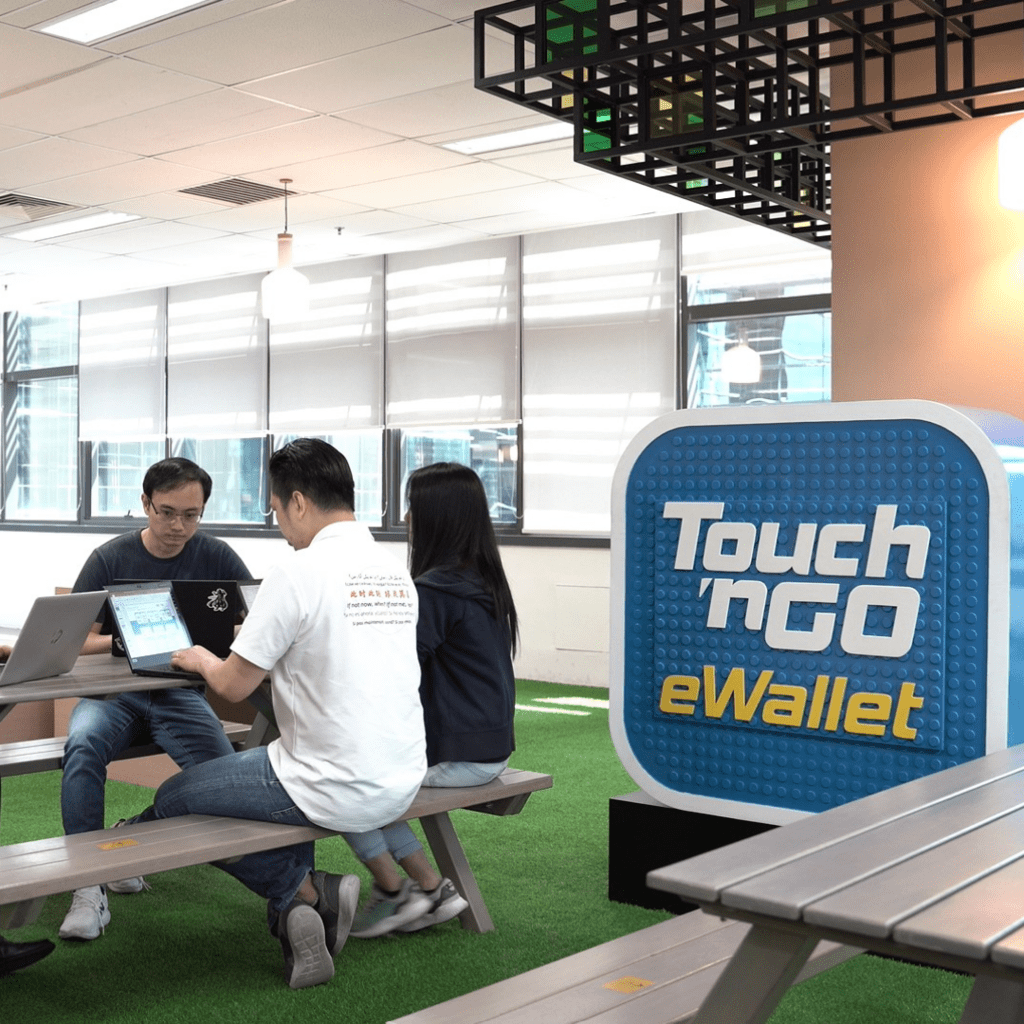 “The Zendesk team has really supported us through our overall mission. We want to lead our customers into a future where cash is only an option. To make this transition at scale, we need the ability to serve each and every customer anytime, anywhere. The flexibility, useability, and efficiency of Zendesk have made it possible for us to fully empower our customer support team.”

“We are new players in the market, but despite that, we recently won an award for Best New Call Center in 2021. Zendesk played a key role in this by helping us be more efficient and more customer-friendly. It helped us get the information right, which helps us resolve tickets faster.”

Head of Back End Operations at TNG Digital

TNG Digital is on a bold mission, promising to take Malaysian citizens into a future where cash is merely an option. They offer a variety of products and services, from making payments via QR codes, to peer-to-peer money transfers. A joint venture between Touch ‘n Go and Ant Financial (the fintech affiliate of Alibaba), TNG Digital serves over 16 million e-wallet users in a country of 32 million. One of its growth factors is the fintech company’s participation in Ebelia—a governmental financial relief programme supporting approximately two million young Malaysians every year through e-wallet credit. As more customers inevitably led to greater demands on customer service, TNG Digital needed a unified way to address user concerns.

On average, the e-wallet provider receives more than 100,000 tickets per month—1.4x the industry benchmark. To keep pace with high query volumes, TNG Digital decided to turn to Zendesk as its all-in-one customer service platform.

The challenge of staying informed

Prior to Zendesk, TNG Digital relied on a customer service platform that wasn’t centralized and had limited features. Many processes were done manually, leading to human error. One simple example is collating feedback on the e-wallet mobile app. “Earlier, we had to go to the Apple App Store to respond to user feedback. We would report the feedback, then go to the Google Play Store to check feedback and report separately,” says Mohd Herman Sarbini, head of back-end operations at TNG Digital.

Ticketing was just as tedious. When a call came in, the team were manually creating tickets and logging them into the system. The team leader then assigned each ticket to an agent, preferably an expert on the specific issue. Unsurprisingly, this lack of synchronization slowed the support team down and led to a lack of data visibility. “When we had persistent callers, there wasn’t any way for us to track what issues were raised earlier,” shares Cyndi Tan, head of customer experience & services at TNG Digital. This puts the support team in a difficult position of being unable to help, and only increases call volumes and open tickets. “We needed to know how to help the customer. Do the customers not understand the help center content, do they need a video or visual to help guide them, or do they just prefer to talk to our agents?” adds Tan.

Reporting was another pain point. The team relied on spreadsheets to collect and analyze data, which constantly had inconsistencies. “We had to deal with bugs and issues that were hard to fix in time, like dates being captured in wrong formats, which was delaying our reports to management,” Tan shares.

Time for a change

The team decided to explore cutting-edge, flexible tools to obtain more clarity and efficiency. “It wasn’t easy to justify the need for a new system to our management,” Herman recounts. “We had to enumerate the benefits — that we would finally get an understanding of what the customer really wanted, we would get all the relevant data for reporting and improvements.”

The TNG Digital team, led by CEO Alan Ni, did some research. Even though the Malaysian e-money industry is fairly new, the top competitors were all using Zendesk. “We explored the available ticketing systems on the market and saw that Zendesk was one of the best options available,” offers Herman.

The value of transitioning to Zendesk became even more apparent after the pandemic hit. TNG Digital managed to switch to remote work the day after the government issued a Movement Control Order (MCO). “The infrastructure is not on-premise, it’s on the cloud, so you can work from anywhere. You can even work from a forest, if that’s what you’d like,” Herman says jokingly. “All you need is a stable internet connection.” 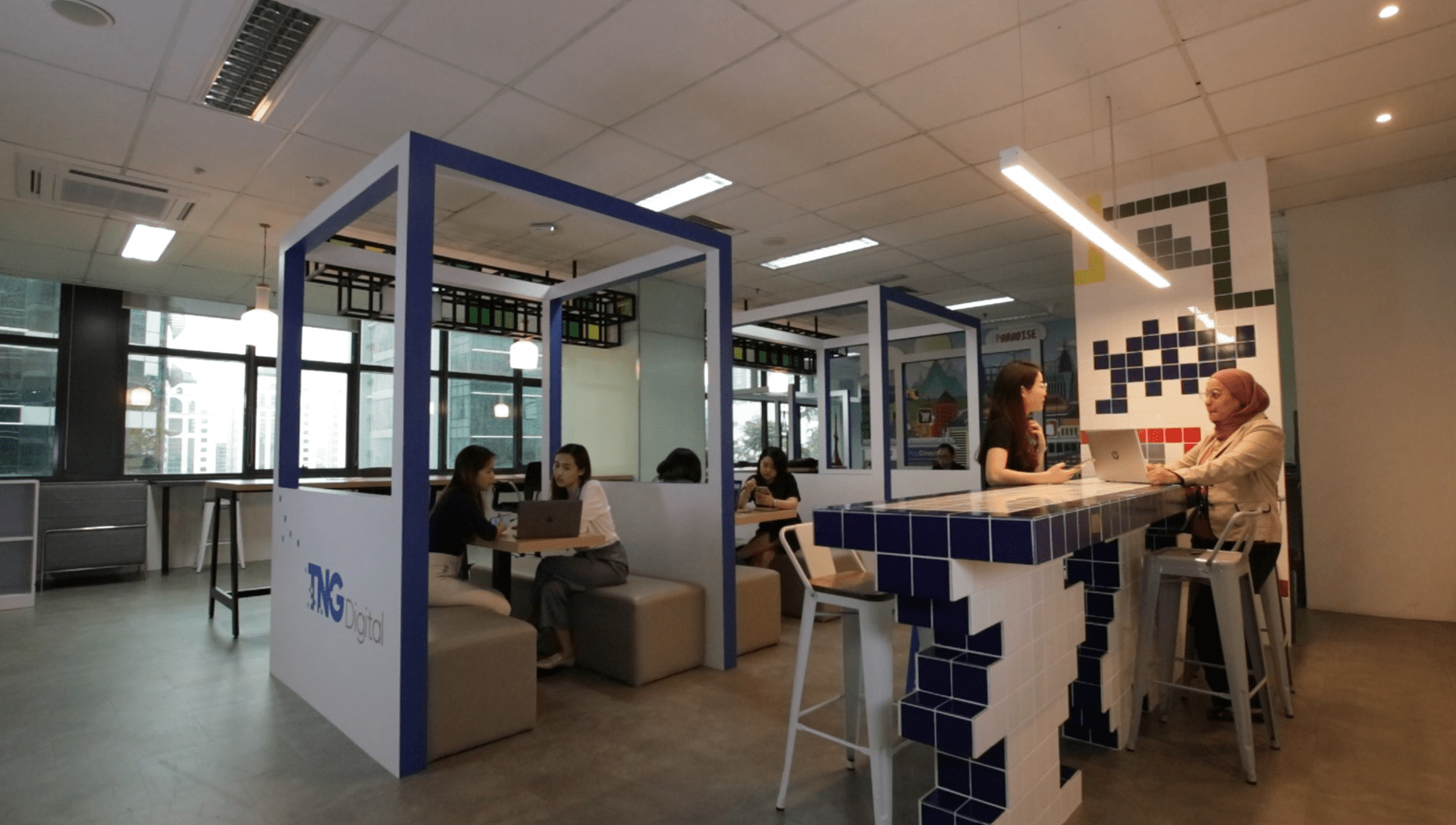 Zendesk Guide, the help center software, played an important part in streamlining the customer journey. The help center intercepts tickets by providing answers to commonly-asked questions. “Our agents always suggest the help center articles to customers,” notes Tan. With Guide, the customer self-service ratio—help center views versus tickets raised—increased by an average of 137% month-on-month, from January 2020 to October 2021. This also resulted in an increase of one-touch tickets, which now make up 77% of the total tickets received by TNG Digital.

To resolve customer inquiries, TNG Digital relies on the website’s help center, email, and Facebook Messenger, as well as telephone calls via TNG’s in-house telephony system, Genesys. Thanks to Zendesk’s flexible third-party integration, TNG Digital was able to ensure a smooth transition and automatically create Genesys tickets on the new platform. The changes resulted in a more efficient team. Not only can each agent now see the history of each customer across channels but they can also easily delegate. “We don’t limit only one person to one skill. Now everyone can work on a ticket together,” says Tan. “We can have conversations and discussions about a particular ticket all in one channel,” adds Herman.

Agents can also easily work their way through the journey, making them more autonomous and therefore effective. “They don’t need to ask over and over again what to prioritize. They can just look at the dashboard,” Tan adds. Managers and agents have noticed the difference, and have been sending positive feedback.

More visibility also means more transparency. Tan used to get questioned on progress by senior management daily. Things have since quieted down now that creating and sharing data dashboards with the executive team has become a seamless task. “Now I usually have a peaceful day. Everyone can check in the system for themselves,” Tan shares. Even audits have become easier thanks to the added visibility.

The system enhancement and the omni-channel strategy have paid off. TNG Digital’s CSAT ratings have been climbing, rising by 12 percent over the course of 12 months. And in 2021, despite being a newcomer to the market, TNG Digital won an award for the Best New Call Center in Malaysia.

Zendesk’s support, suggestions and feedback on how to utilize the tools have been instrumental in TNG Digital’s successful transition. “The support that we have received from Zendesk has been invaluable in our journey to provide the best for our customers,” concludes Herman. According to Ni, Zendesk has received a 91% satisfaction rating from TNG Digital’s Careline Executives, “as it helps them provide the necessary support to our customers as simply as possible.”

But TNG Digital won’t stop here. The fintech company plans to further leverage Zendesk and empower its agents to fully serve each customer anytime, anywhere. Growth and scale are also on the horizon, armed with better-organized data to inform decision-making. The team aims to identify and transition to more cost-effective channels in the coming years. First stop towards scale: rolling out and integrating third-party, Zendesk-compatible chat as a customer service channel. The initial milestone is to achieve 15-20 percent call deflection to the chatbot by incrementally increasing the self-service ratio. The team also aims to cut costs by reducing 7 to 10 percent of resources to optimize human and telephony seat subscription costs.

“We now receive a lot of compliments from our customers, saying: ‘oh, you know exactly what I want’,” says Tan. “When people call customer service, they don’t need to repeat the issue. It gives the customer some assurance that we know why they called.”