The City of Portland was struggling to provide access to government services due to its outdated website, siloed bureaus, and lack of digital infrastructure. The solution was clear for The City of Portland’s PDX 311 Program: partner with eGovernment to enhance the user experience and improve compliance with the Americans with Disabilities Act (ADA). By centralizing incoming requests in Zendesk, the City streamlined support and removed barriers to access for people with disabilities. 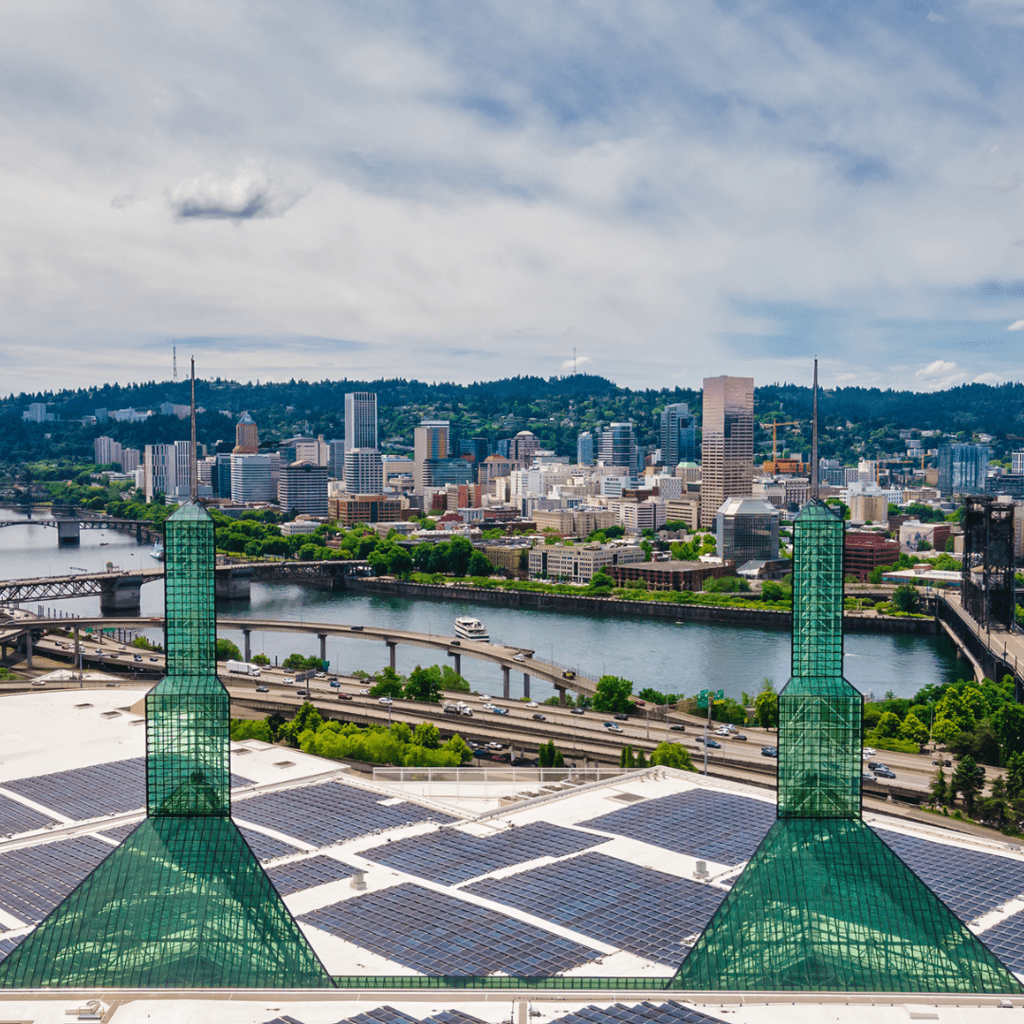 "We need a robust, flexible system like Zendesk that connects to different tools used by government bureaus as well as outside vendors and contractors.”

“Zendesk gives us the flexibility to build in automations and integrations, so we can reduce the number of staff handling each issue and increase cost savings.”

Providing community members with access to government services is a top priority for the City of Portland, Oregon, and an essential part of compliance with Civil Rights Title VI and Americans with Disability Act (ADA) Title II laws. However, a survey conducted several years ago showed that people living with disabilities did not feel adequately served by the City and faced major digital hurdles in getting essential information.

An outdated website that was difficult to navigate placed the burden on community members to track down answers. For example, someone living with a disability who wanted to file an ADA request or complaint would have to go to homepage, follow the ADA link at the bottom, identify the correct contact person from a list, go to that bureau’s webpage, and look up the process for submitting the right form. The siloed nature of city bureaus and lack of technical infrastructure created barriers to access and a negative user experience.

After envisioning a plan to revamp its City website, the eGovernment team joined forces with the 311 Program to create a less bureaucratic experience for community members. The city leveraged Zendesk’s omnichannel system and robust APIs to centralize the ADA intake process, improve routing, and increase data reporting.

First, the City of Portland brought in Consulting Product Manager Josh Mitchell to lead the migration from a proprietary CMS to Drupal and all connecting applications, including Zendesk. Based on past success, Mitchell recommended Zendesk to power the digital transformation.

“In 2019, we piloted our website feedback form and got our web support team using Zendesk within a week. Now we’re building a multichannel customer experience focused on self-service. Mitchell continues, “We need a robust, flexible system like Zendesk that connects to different tools used by government bureaus, as well as outside vendors and contractors.”

The team consolidated the intake forms using Drupal’s Webform module, which reduced the number of starting points for users and provided a clearer, easier way to access services.

“It was important to have a tool with well documented APIs,” says Mitchell. “Zendesk helped us centralize information and workflows that different bureaus used to own to create an integrated experience.” It’s a welcome change, considering Portland’s 311 team supports more than 20 bureaus.

With Zendesk integrations, incoming requests can now be quickly sent to third party companies and managed using their in-house tools. Josh Gregor, the Continuous Improvement Coordinator for the 311 program, sees that as a major win. “Zendesk gives us the flexibility to build in automations and integrations, so we can reduce the number of staff handling each issue and increase cost savings,” says Gregor.

Agents used to rely on a shared Outlook email inbox for routing, which made it difficult to prioritize requests and follow the interaction after an email was forwarded on to the correct person. Today, all ADA accommodation requests and complaints come in through a centralized form on the city’s new website, Portland.gov, and are fully automated and managed through Zendesk.

“Zendesk empowered us to move away from using individual and shared email accounts toward a true customer service management tool that lets us reassign problems, incidents, questions, and requests from our community,” notes Mitchell. He likens it to a service level agreement, in which agents are accountable for meeting response time and resolution time goals instead of bouncing the customer to yet another inbox.

“Zendesk captures the start point and end point for every interaction, so agents have the ability to solve, escalate, or assign a request to different bureaus,” says Gregor. “We can also set data variables within the request to allow tracking and reporting later on.” The improvement is night and day compared to the FileMaker Pro database that was limited to counting and tallying issue types.

Christina Wienholz, the Customer Service Representative spearheading the new ADA process, is also a fan of Zendesk. “It’s so easy to identify missteps, tag the correct people, see how long a user has been waiting, and follow up, because the whole conversation history is visible in Zendesk,” says Wienholz.

Prior to implementing Zendesk, the City’s Office of Equity and Human Rights lacked the tools to track compliance efforts, which made it harder to set up a process improvement plan. Finally, the team has a viable solution.

“Our goal in using Zendesk is to provide modernized, end-to-end digital services with better tracking, analysis, and informed decision-making based on data from the community,” says Josh Gregor. “All our Zendesk requests can be used to generate reports based on the type of request. We have so many useful new ways to slice and dice data compared to our previous system.”

With stronger reporting capabilities, the city will be able to make more informed policy decisions and improve compliance with the Americans with Disabilities Act, including the launch of self-evaluations city programs.

Although the team does not yet have productivity metrics for comparison, the outlook is promising. Josh Mitchell adds, “With Zendesk, we have visibility into response time, resolution rate, and first contact resolution, which are all incredibly valuable to customer service in the ADA process.”

The City of Portland aims to have 20 agents in place by the end of the year and ultimately have all departments, including elected officials, using Zendesk in the future.

Josh Mitchell looks forward to the day when the city can open up a unified customer view to community members, so they can view their open and resolved issues. “Consolidating those requests and complaints in Zendesk will be powerful in the long term and dramatically improve the customer service experience,” says Mitchell.

Nickole Cheron, the ADA Title II Disability Equity Manager, also sees the website revamp as a sign of more positive changes to come. “Soon we’ll have a great data story in Zendesk showing the transformation of the ADA request process. We’ve always known we needed an enterprise solution, and everything merged perfectly in the creation of the 311 program.” Cheron concludes, “Zendesk created this centralized point of contact in the government which was heavily siloed, and we finally streamlined customer service.”