Moving from a manual system to Zendesk has empowered Early Learning Indiana's agents to better serve their constituents. Smart automations, a sophisticated telephony system, and robust data collection capabilities enables this vital nonprofit organization to efficiently support 15,000+ families with the compassion for which they're known.

Zendesk for EducationLearn about Luminaries 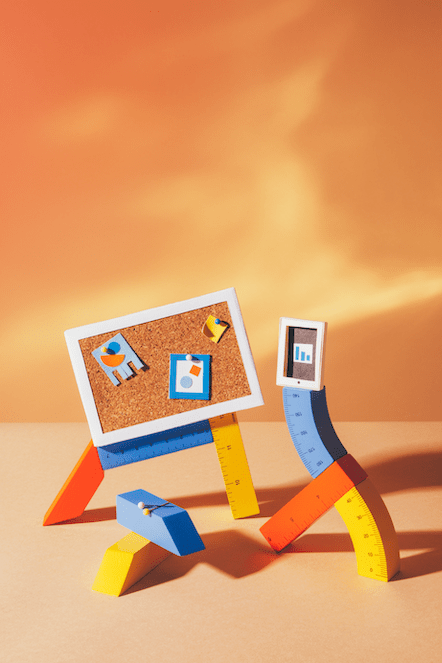 “Zendesk has given us a competitive advantage when bidding for new contracts. Unlike our competitors, we’re innovative and agile. And in today’s changing landscape, agility is everything.”

"Being able to provide quick, customized support not only provided the kind of top-quality customer service we were hoping for, but also significantly reduced our call-wait times."

Early Learning Indiana is Indiana’s oldest and largest early childhood education organization. Through a century of hard work and an empathetic approach to service provision, Early Learning has earned its reputation as a mission-driven nonprofit fiercely committed to reaching its diverse constituent base of children, parents, service providers, and even businesses.

With 200 staff members, Early Learning operates eight childcare facilities and a call-center known as the Brighter Futures Solution Center. Typically serving around 15,000 families per year, the COVID-19 pandemic caused that number to skyrocket, to more than 60,000 families and 1 million children in 2020.

Putting the core mission at risk

Prior to Zendesk, Early Learning Indiana’s Solution Center used SmartSheets and a traditional telephone as its CRM system, redirecting and tracking service requests by adding individual line items into a spreadsheet. “It was inefficient,” explains Chris Alexander, solution center director. “We kept hitting the maximum number of line items we could use, which prevented our agents from accommodating the volume of requests we were getting. To call it managing would be quite a stretch.”

Agents struggled to obtain accurate data, limiting Alexander’s confidence in his team’s ability to serve constituents. “Since SmartSheets relied on manual entries, there were a lot of typos. We failed to call the right people at the right time, and when they would call us, they’d find themselves on hold for upwards of 45 minutes.”

During this time, Early Learning Indiana was on shaky ground with the state. “The last thing any nonprofit wants is their contract holder to think they are having difficulty fulfilling the mission–and by failing to accommodate the requests of our constituents in a timely manner, we were at risk of doing just that.”

With the Solution Center lacking the infrastructure it needed to keep up with the demand for services and to efficiently run their business, something needed to change. Early Learning Indiana began to look for a new support solution that could automate much of the agents’ manual work and help them provide quality customer service, which led them to procure Zendesk in late 2019.

Creating a system with the core user in mind

With the rollout complete, the Solutions Center team decided to focus on the aspect of its business in highest demand; phone support. To meet the diverse needs of Early Learning Indiana’s constituents, the team introduced skills-based routing as a way to ensure callers were immediately received by an agent equipped to handle their inquiry. Non-English speaking parents could now be matched with bilingual colleagues in up to four languages, while business owners and service providers could speak directly to those with expertise in their respective fields.

“Skills-based routing was a game-changer,” says Alexander. “Being able to provide quick, customized support not only provided the kind of top-quality customer service we were hoping for, but also significantly reduced our call-wait times. We went from keeping callers on hold for an average of 45 minutes to a mere 1 minute and 4 seconds.”

Despite already seeing dramatic improvements in call-wait times, Alexander knew that creating a more flexible caller experience would take his call center to the next level. “Prior to Zendesk, we were solely focused on inbound calls. This deterred many callers from seeking services, as they knew once they phoned in, they’d be stuck waiting for an agent.”

To address this pain point, the team rolled out Zendesk’s callback feature, allowing constituents to request a callback time instead of waiting on hold for a live agent.

Implementing the call back feature not only won Early Learning Indiana positive accolades from its constituents, but also significantly reduced its abandoned call rate. Before Zendesk, 60% of callers would hang up before reaching a live agent. With callback as an option, the percentage of callers that hung up dropped to just 7.2%.

With a solid customer support strategy now in place, Alexander decided to boost the team’s productivity by leaning into Zendesk’s automated features. Agents began automatically recording both inbound and outbound calls, as well as turning calls and voicemails into tickets. This move greatly improved the quality of the organization’s records and enabled agents to speak with a greater sense of confidence.

Another automated feature the team began to use was macros. Macros enabled agents with a series of quick, appropriate follow-up templates they could use to seamlessly share resources with callers. Not only did this eliminate manual work and allow the team to take on more complex cases, it also translated to high customer satisfaction rankings, namely the team’s newfound Net Promoter Score of 72%.

Along with a boost in efficiency, the newly implemented automations provided a shared sense of pride and empowerment across the team. “We went from combing through data inaccuracies and scrambling to find resources to being in control of our operations,” said Alexander. “To watch my team speak to customers with a sense of assurance was really quite humbling.”

When the pandemic hit in March 2020, Alexander and the team were just three months into using Zendesk. Ordinarily, having to transition an entire in-person call center to a remote operation would have been a challenge. However, given that Zendesk is a cloud-based system, the team was able to go remote with zero lag time–and, best of all, zero added budget.

Between new projects and an increased demand for services, Alexander and his team experienced a 361% spike in calls. Surprisingly, they weren’t overwhelmed, boasting that “Zendesk had prepared them to scale.”.

What’s next for Early Learning?

With remote work and COVID still a pressing reality, services continue to be in high demand, but the Early Learning team isn’t slowing down. Eager to leverage this new momentum, the team has agreed to focus on both scaling their knowledge base and finding ways to increase user adoption of Chat in 2021.

“Zendesk has given us a competitive advantage when bidding for new contracts,” says Alexander. “Unlike our competitors, we’re innovative and agile–and in today’s changing landscape, agility is everything.”