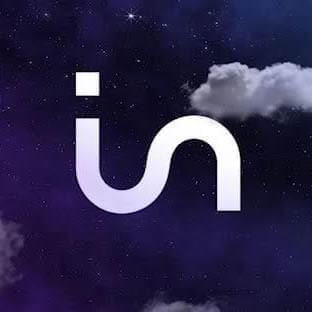 “Zendesk offers us a fully autonomous, hands-on approach to create new rules or new configurations to use right away, without having to wait for a developer’s intervention.”

“We chose Zendesk because it guarantees us the possibility of following our growth rates...Above all, we were certain we could get anything we would need because of Zendesk’s many third-party integrations.”

Be different: this is the main strategy of Infinity, the Italian video on demand platform.

Established in late 2013—before Italy’s video-on-demand market took off—Infinity was the first platform to propose recurring subscription streaming usable on all devices. However, competition soon became heated, especially when streaming giant Netflix arrived to the market. That spurred Infinity to focus on its greatest strength: its wide and extensive range of movies for Italian viewers, as echoed in a recent advertising campaign, “Cinema first and foremost.”

First to the field, tapping into the legacy of Italian Film

“Five years ago your average Italian was not used to streaming movies on TV,” said Valentina Consalvo, Infinity CRM and customer care manager. That meant Infinity needed to do everything it could to develop a platform that was devoid of any barriers to entrance, easy to use, and accompanied by impeccable customer support. “The first two years were dedicated to making the platform available on 90% of devices,” said Consalvo. “That’s a target that still makes those who participated from the start of the service very proud.”

Today the market has changed: if in the early stage all the services were in direct competition, these days customers sometimes use two or three different services. Infinity has seized this opportunity to retain its market share. “We based our positioning precisely on this change,” Consalvo said. “Our film catalogue has become even richer and more interesting, and that choice has rewarded us.”

Infinity chose The Zendesk Suite, an integrated omnichannel solution, to deliver the fast, personalized customer service needed to guide users through the process of navigating a new streaming experience. “We chose Zendesk because it guarantees us the possibility of following our growth rates; it also adjusted to the contact and report volumes and allowed us to progressively adopt various modules,” Consalvo explained. “Above all, we were certain we could get anything we would need because of Zendesk’s many third-party integrations.”

“We especially love the possibility of personalizing the product with so many customization options,” Consalvo said. “Zendesk offers us a fully autonomous hands-on approach to create new rules or new configurations to use right away, without having to wait for a developer’s intervention. We can customize the text on customer satisfaction surveys and adjust to the feedback, has resulted in a 40% survey response rate. When considering other KPIs, we are satisfied with our CSAT. For Chat, it is at 89%, for emails it ranges between 76% and 80%, and for text it is 90% because that is the fastest support channel.”

Infinity personalized its use of Zendesk over time so it could rapidly triage tickets based on the status, channel, and reason for the contact. This kind of routing has allowed SLA response times to be decreased well below both contractual levels and industry benchmarks. The company manages six chats simultaneously and guarantees processing in six seconds; for emails, Infinity responds within 9 hours (compared with the industry standard of 24 hours), and texts receive replies in 12 minutes or less.

“Response times are very important to users because those who contact support usually want to immediately use the product they have purchased,” Consalvo said. “We deal with entertainment, and there is no time to lose.”

Sometimes the fastest path toward resolving a customer’s issue isn’t via an Infinity agent but through the company’s self-service page, which is powered by Zendesk Guide. “Here’s another example of how effective customization is—we had a promotion with a partner that recently presented some problems for customers,” Consalvo said. “In this case, the publication of an article highlighted on the self-service page allowed us to considerably decrease the requests for support.”

At Infinity, every department contributes toward continuously improving the customer experience. Zendesk is the company’s CRM system and the most important source of actionable customer feedback: since issues are identified during support interactions, ticket data is used to make product updates to resolve problems. Support data is also useful to explore new partnerships and commercial initiatives and to make product decisions.

“Having a single platform for all the touchpoints makes the responses by contact center operators more effective because they have better access to information,” Consalvo said.

As Infinity’s popularity grows, it plans to roll-out new integrations and real-time support channels. For example, it is already working on rolling out the Zendesk and WhatsApp integration; by the end of 2019, it plans to integrate Zendesk with its database so agents can access more customer context from within Zendesk.