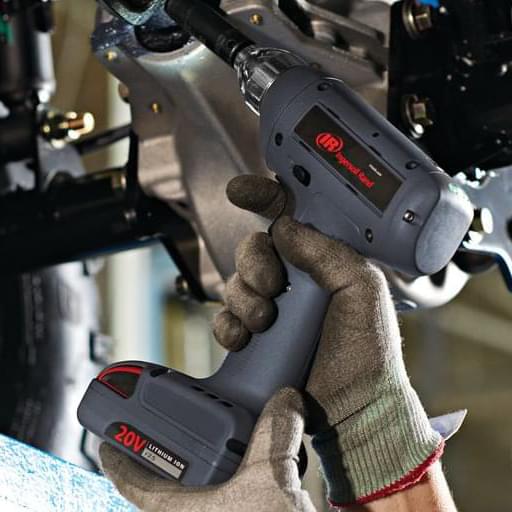 “Our strategy is to take the easier questions and turn them into a tier-zero help center, then the degreed engineers can get back to the more technical product support.”

“Zendesk has helped us strengthen our partnerships with our distributor channel.”

Ticket volume that comes via email

To the millions of Americans who love NASCAR, a cold Sunday in mid-February means being nestled inside a warm house, watching in awe as expert pit crews use their thunder guns at the Daytona 500 to remove five lug nuts in less than two seconds.

That thrilling speed stems in part from Ingersoll Rand’s thunder gun design, which creates 1,000 foot-pounds of torque, more than enough for skilled pit crew members to change four tires in as little as 12 seconds. What many NASCAR fans don’t realize is how many other products Ingersoll Rand makes, including tools used in oil and gas extraction, pumping solutions for breweries, wastewater treatment plants, and even their home’s HVAC system.

Founded in 1871, Ingersoll Rand started as a supplier of precision-drilling tools before expanding into a global conglomerate that produces everything from compressed air systems to utility vehicles. Known for rugged designs that keep tools in use for decades, the company’s products are primarily sold through more than 5,000 licensed distributors, dozens of which also serve as repair centers.

The combination of a global footprint with the wealth of new and legacy products presents complex customer service challenges for Ingersoll Rand and its network of distributors. Until 2014, the company’s support agents were using Lotus Notes and then Microsoft Outlook, neither of which were meeting Ingersoll Rand’s needs, recalled Kelly Dees, vice president of Global Customer Experience for Fluid Management, Material Handling, and Power Tools (FMT).

“We found Zendesk when it was smaller—it was a great collaboration and we’ve continued to build on that. Every time I turned around, Zendesk was working with my team, teaching us and helping us grow.”

Email accounts for 90 percent of Ingersoll Rand’s support volume globally. Voice tickets are also generated in Zendesk Support through an integration with Ingersoll Rand’s phone system, NICE inContact, via the Zendesk API. James Ripley, a product support engineer and Zendesk administrator for the Power Tools division, has seen firsthand how the company has leveraged that API to improve its operations.

“We created an integration with UPS so that we can rapidly generate UPS labels for warranty evaluation, repair, and returns,” explained Ripley. “That integration is pretty slick.”

That integration marked the company’s first attempt at extending Zendesk to meet Ingersoll Rand’s specific needs. “It is a substantial leap forward,” Ripley said of the improved workflow, noting that it also created some enthusiasm with agents around future integrations and what Zendesk Support and Guide can do for the team, and ultimately for the customer.

With more context and streamlined workflows, the support teams at Ingersoll Rand have already collectively raised their customer satisfaction rate by 35 points over a three-year period. The teams also meet their 4-hour SLA on email tickets 95 percent of the time.

Next, Ingersoll Rand turned its attention toward transforming its knowledge management and enabling customers to become more self-sufficient. “Our products last a long time, so we still service some products that are 50 years old,” Dees explained. “We didn’t have a central repository where everything was housed. You’d go to a filing cabinet and pull out this flimsy little microfiche, and have to put it in this big machine to read or print.”

“Our strategy is to take the easier questions and turn them into a tier-zero help center,” Ripley explained. “Then the degreed engineers can get back to the more technical product support.”

Beyond improving the company’s support center, Zendesk helps Ingersoll Rand understand customer and agent pain points. “Zendesk has given us greater visibility into our incoming requests and helped us to level load our accounts,” Dees said. “It’s also given us the opportunity to see what types of requests our distributors are asking repetitively, so that we can uncover training opportunities.”

While Ingersoll Rand continues to grow with Zendesk, administrators like Ripley take advantage of training and networking opportunities, including attending the Relate Live by Zendesk conference in October 2017. “At Relate, I got to see what admins at other companies are doing, and then there’s the value of the workshops,” Ripley said. “It all comes down to strategy. What I learned won’t manifest overnight, but between the networking and the sessions, I can begin to see what our support might look like two years from now, and how we can get there.”