Customer engagement is a huge driving force of Reverb as a brand and as a major player in the music and tech world. The company decreased contacts per agent by 50% through self-service, while using Zendesk chat and web widget to drive higher-quality customer interactions. In seven months, Reverb saw its CSAT score, already a solid 94%, increase to nearly 98%. 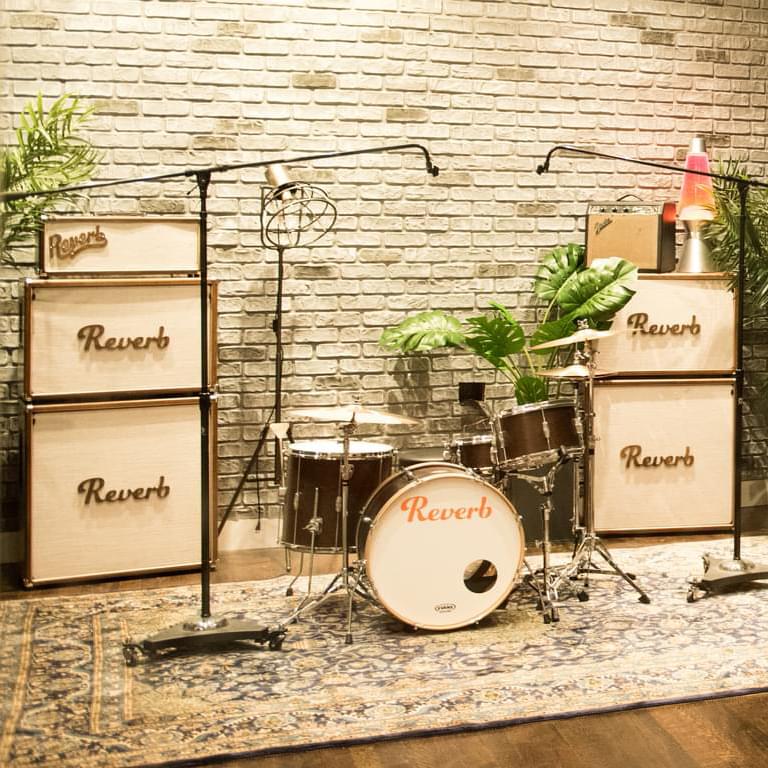 “Our team went from being extremely reactive every single day of the week, to extremely proactive—through the instances of tagging, leveraging self service...being smart about what our Zendesk automations were doing..."

Director of Customer Engagement at Reverb

“We’ll serve up an article letting them know how they can contact the seller directly, deflecting a bunch of tickets. That’s the great thing about Zendesk—it’s so customizable and malleable that there are solutions at your fingertips for all types of issues.”

For musicians, attaining the perfect sound means embarking on a never-ending search for gear, a journey marked by a constantly shifting destination. Will that Ludwig Green Sparkle drum kit help me replicate John Bonham’s thunderous sound? What about that Rickenbacker bass and Marshall MBC410 cabinet—will they evoke Paul McCartney’s warm, round tone, or should I go with the Hofner 500/1 reissue combined with a Vox T-60 cabinet?

Answering those questions fuels Reverb’s mission. Since 2013 the Chicago-based company has sought to make buying, selling, and learning about musical instruments easier for millions of musicians around the world, and in doing so Reverb discovered something that seems obvious in retrospect: to provide its customers with excellent service, it was essential to hire fellow players who understood the musicians’ journey.

Knowing your customers by being one of them

“Every member of the customer engagement team is a musician and everyone who calls, emails, or chats us plays music or wants to start, so we are automatically on the same page from the beginning of the interaction. We don’t have to dig to find common ground because it’s already there,” said Daniel Santrella, Director of Customer Engagement for Reverb.

That mindset clicked for Santrella when he first started with the company working on front-line support.

“I had someone on the phone who was trying to describe a guitar that he had found,” Santrella said. “It ended up being the same guitar that my aunt Linda played for years and years and still has to this day—a guitar that I see at family parties maybe once or twice a year. Something in that moment made me realize that this is more than a job. This is something I am uniquely passionate and knowledgeable about. I know the guitar that this gentleman’s holding right now. I know how much it’s worth, how to set it up, how to make sure it sounds amazing. That was an incredibly inspiring moment for me as a representative of this company, to just instinctively know.”

Like Santrella, Reverb’s 180 employees speak the universal language of music, with roughly three dozen of those workers serving as front-line agents answering phone calls, chat requests, and responding to emails. Those agents work four days a week, ten hours a day, relying on Zendesk to provide a single source of truth for helping customers identify rare instruments, troubleshoot orders, and more. However, dozens of other employees also use the software to monitor customer listings for inappropriate content and track payments coming in and out of Reverb.

Customer support as a driving force

“My team is a quarter of the company, and so we see it as a huge investment in terms of what we’re able to accomplish and the quality we’re able to uphold with our customers,” Santrella said. “Our customer engagement team is a huge driving force of Reverb as a brand and as a major player in the music and tech world.”

When Reverb adopted Zendesk Support in 2015, the company initially used it as is, with no customization. “We used Zendesk for a long time kind of out of the box,” said Crawford Philleo, Manager of Customer Engagement Operations. “Then as we really started to ramp up and scale, it became easy to see that we were going to need to put some extra customization efforts into building out the way we were using it.”

By using more of Zendesk’s features, customizing their instance, and using data to make improvements, Reverb has been able to go beyond being reactive—they are now able to get ahead of their customers’ needs.

“It’s the adaptability,” Santrella said. “There’s a lot of value in using the product, right down to the brass tacks of being able to grab every single support ticket. That can give us great data on the back end, where we’re really corralling a lot of this information about what we’re speaking to customers about.”

Reverb has implemented proactive workflows with the insights they’ve gained, which has helped drive better user behavior. For example, nudging sellers to add tracking numbers on shipments or reminding buyers to submit payments in a timely fashion can result in faster resolution times and help to stave off incoming requests about incomplete orders. Meanwhile, an emoji system visually gives agents an understanding of each unique situation they encounter, highlighting what type of gear a customer needs help with (e.g. drums & percussion, electric guitars, band & orchestra, etc.), and hyperlinking admin tools and related customer message-threads to improve efficiency.

Reverb’s proactive workflows and self-service cut per-agent contacts by 50 percent, making more time for meaningful conversation.Increasing Efficiency, at ReverbThe result? “Our team went from being extremely reactive every single day of the week, to extremely proactive,” Santrella said. “Just through the instances of tagging, leveraging self help, being really smart about where our emails were going, how they were coming in, what they looked like when they were going out, what our Zendesk automations were doing, and what our Zendesk automations were capable of doing.”

Helping customers find their own answers with Zendesk Guide

By taking advantage of Zendesk Guide, Reverb has been able to use self-service to decrease contacts per agent; meanwhile, using Zendesk Chat and the Web Widget have resulted in higher-quality interactions with customers. In the space of seven months, Reverb saw its number of contacts per agent decrease 50 percent, and its CSAT score, already a solid 94 percent, increase to 97.7 percent.

Achieving those improvements came partly from Reverb’s use of apps from the Zendesk Apps Marketplace, such as Knowledge Capture for building out and updating self-service content and Linked Ticket, as well as a custom Reverb app built by Philleo through the Apps Framework. They have also leveraged Liquid Markup language for building out its custom triggers, macros, and automations.

“That was a huge win for our team, it helps us to really scale efficiently,” Santrella said.

Reverb’s FAQs, articles, and videos have played a large role in driving down contact numbers, Santrella said, which typically number about a half a million per year. “People are finding those answers at their fingertips and loving it,” he said. “We’re seeing about 3,500 people a week using the Web Widget now—and we only see a couple hundred tickets actually created from those searches. Of the 3,500 people that are visiting the help center itself, about 80 percent of that are searching through the widget. So we know that it’s a functionality that’s here to stay, one that’s dramatically improved the customer experience.”

Since 2019, Reverb has raised its self-service score more than fivefold, with nearly a dozen customers solving their own issues via the help center for every agent interaction. How did Reverb pull off this nifty trick? The company began by updating its self-service content and the article labeling system, optimizing search strings, and translating the top 40 articles into five additional languages.

Then Reverb launched a mobile help center experience on its Android app, which decreased chat volume from android by 27%, with a 5:1 ratio of views to chats. That proof of concept convinced Reverb to extend that experience to the iOS app, which saw even better numbers: chat decreased by 40% and mobile SDK article views went up by 117%. These efforts have translated to roughly 10,000 self-service page views per day, ten times the previous number.”

In addition to the front-line agents using Zendesk, a dedicated QA team uses the platform to monitor employee performance. The team takes three random interactions for each agent per week and grades them, while also looking for missing elements in the help center. “Their main purpose is to make sure that those agents who are having those interactions are maintaining really high quality standards across the board for everything that we’re doing,” Santrella said. “We’re making sure that we’re connecting with musicians and providing a great experience.”

Philleo sees the Web Widget as playing a key role in catching and deflecting common questions in a friendly, accessible way. “As an example, sometimes users don’t understand that as a marketplace, we don’t stock the equipment you see on the site,” he said. “We’re the intermediary between a potential buyer and a seller.”

The widget provided a perfect opportunity to remove those types of questions from the agent experience. “The widget was an easy win for situations like that,” Philleo said. “We’ll serve up an article letting them know how they can contact the seller directly, thus deflecting a bunch of tickets. That’s the great thing about Zendesk—it’s so customizable and malleable that there are solutions at your fingertips for all types of issues.”

Throughout Reverb’s journey of improving customer service to its customers, the company has been able to lean on Zendesk for technical support and tips about best practices. “We’ve had a lot of really good one-on-one support,” Santrella said. “I’m really happy with the level of support that we’re getting from Zendesk.”