Visionary government agencies at the State of Tennessee have modernized the constituent experience by offering its 6.6 million residents support across chat, phone, and email with Zendesk. It also saved a quarter million dollars in annual maintenance fees by making the switch. Its most important metric, citizen satisfaction, has increased by 35%. 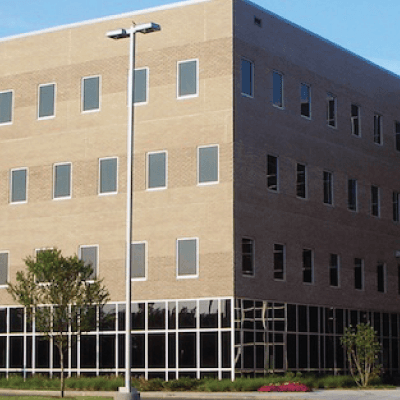 Deputy Commissioner, Tennessee Department of Labor and Workforce Development at State of Tennessee

Increase in CSAT with Talk

It happens sometimes that a call center will see an inexplicable, alarming change in metrics. For the Tennessee Department of Labor and Workforce Development, that came in the form of a sudden, drastic reduction in its customer satisfaction rating. A natural response might be to panic and scramble to uncover what happened.

In any industry this would be a problem, but when it involves the public sector, the problem can have a larger impact. Unhappy citizens lead to unhappy legislators and, as any civil servant will tell you, that’s not the kind of attention you want from the politicians who control your budget. However, panic is not a characteristic of the Department. Upon assuming their positions, Commissioner Burns Phillips and Deputy Commissioner Dustin Swayne created a culture that embraced information technology as the way to create customer-focused government. They considered the most critical metric of performance to be customer satisfaction.

Customer satisfaction (CSAT) is captured and communicated with the department’s use of Zendesk Support, and so Swayne and the team were able to identify the root cause. A button commonly used by residents to inquire about the status of their unemployment compensation claims had been buried during a website update—an easy thing to have happen, and also to overlook.

“We could only accomplish that because we had Zendesk,” Swayne said. “We had real-time information that we were monitoring, and we had details that we could quickly drill down into to find the root of the problem. In the past, that would have taken several management meetings and a lot of water cooler talk guessing at what was wrong, and a lot of missed hits on what our fixes would have been.”

That button, incidentally, had been the number one feature request made via Zendesk back when the product was first implemented. Within 30 minutes of its replacement, satisfaction began to climb.

The Tennessee Department of Labor and Workforce Development oversees a $171 million budget that includes the state’s OSHA program, worker’s compensation, labor laws and standards, as well as oversight of elevators, boilers, and amusement devices. That’s a lot of ground to cover for a state of 6.6 million residents and 120,000 businesses.

...the department has seen both ticket deflection and a benefit that Tennesseans appreciate: reaching exactly who they need faster, with less confusion and frustration.Better experience, greater efficiency at State of Tennessee Initially, the department turned to Zendesk Support in March 2014 because it needed metrics to determine what wasn’t working in its unemployment insurance process. Starting with roughly 35 seats and a trial license, the department began seeing immediate results, leading other divisions to adopt Zendesk products. In fact, the Tennessee Department of Labor and Workforce Development soon expanded its solution with Zendesk to include Zendesk Guide, Chat, and Talk to provide a seamless omnichannel experience.

“We put the code on the site and started instantly receiving tickets,” Swayne said. “We started with the web form and the Web Widget online. Then we opened up chat, which really took off. We went with voice last because we knew that was going to be our biggest channel—it had traditionally been so.”

The staff handling phone inquiries expanded in January 2017, a little more than half a year after the department began using Zendesk Talk. “We still get about 80 percent of tickets created by inbound calls, so we added a lot more agents for the voice channel in Zendesk,” said Director of Customer Success Joseph Garcia. That move alone boosted customer service metrics across the board, including full resolution time, first reply time, and customer satisfaction. “If you look at the satisfaction score from January when we added 30 call center agents, that was 62.4 percent, and then within eight months it had jumped 35 percent to 84.2 percent,” said Garcia.

Commissioner Phillips wanted to modernize the department through 21st century technologies, quite simply, to change the way government does business. At first, the department chose Zendesk Support as part of this effort and only afterward grasped the degree to which it could better serve the residents of Tennessee. “Originally it was nothing about the satisfaction of our customers—it was really kind of selfish in a way,” Swayne said. “The way we use the system now is to provide greater customer service, but at the initial onset, it was for us to get a handle on our current operations and things that we needed to fix.”

One issue that immediately surfaced was the need to capture priceless employee knowledge, especially that of veteran civil servants who can leave a gaping void once they retire. Zendesk Guide has addressed that issue for the department by enabling knowledge capture, but it has also provided another benefit: new employee onboarding times have been reduced from six months to six weeks. “What we found is that if we can transfer that knowledge from 30- or 40-year employees into articles into the knowledge base, then any temporary or part-time staff can uses that knowledge to answer the same type of questions that they’re being asked on the phone and sound like they’ve been here for 10 years,” Swayne said. “Someone who has never worked in unemployment insurance can come in and be productive and start answering tickets within a week.”

The department uses two instances of Zendesk Guide—one that’s internally facing for Human Resources and IT, and the other externally accessible for residents and new employees learning the ropes. Meanwhile, the combination of Zendesk Guide and Zendesk Chat has revealed new ways the department can serve citizens while using their tax dollars more efficiently—through ticket deflection and more.

“We just came off a three-day conference for our workforce services group where we’re going to start operating a virtual career center, where we’re going to have all our partners go through group chats with individuals,” Swayne said. “The cost savings around that is huge. If a person visits a career center it’s about $35. If they do it online through a chat, it’s about $1.”

Commissioner Phillips created an environment that encouraged innovation and experimentation and an expectation that new technologies would be implemented which improved the workplace and enhanced the overall operation of the department. This included not only seeking other innovative applications of Zendesk products, but also seeking third-party tools that might integrate with that solution. Two are Innotas for managing projects and Oomnitza for keeping track of IT assets. In addition, Geckoboard and Rise Vision, an open source product, provide KPI dashboards and digital signage, respectively, for smart TVs that keep directors and other employees aware of how the department is performing.

Agents also use the Zendesk-built Answer Suggestion app to help them quickly surface help articles based on language used on a call that they might not already be familiar with. “The good thing about Zendesk is that not only is it a good tool to capture information, it’s also a good tool to put information back out to the people who are making decisions,” Swayne said.

Meanwhile, the department has also leveraged Zendesk’s API to help clean up and integrate data such as duplicate resident profiles, as well as to feed the governor’s dashboard with KPIs that update in real time. Before Zendesk—when the department used a proprietary interactive voice response (IVR) system, chat, and web forms, none of which were connected—the idea of being able to scrub data, much less provide real-time KPI information, was out of reach.

“It just made sense to merge it all together—that and the fact that we saved a quarter million dollars in maintenance fees on an annual basis by doing so,” Swayne said.

By fully embracing Zendesk’s omnichannel solution, the department has seen both ticket deflection and a benefit that Tennesseans appreciate: being connected to who they need to talk with faster, and with less confusion and frustration.

“The commissioner considers data collection and analytics, as close to real time as possible, critical to making smart management decisions. Decisions based on reality. The fact that we can have all contacts in one place gives us a rich database from which to make informed decisions,” Swayne said. “So not only are we able to maintain a certain level of service, but Zendesk also gives us the information upon which to continuously improve that service because we’re constantly digging through it and saying, ‘Okay, what else can we change?’”