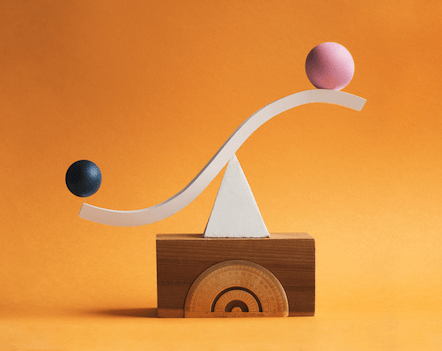 Tile is best known today for its market-leading Bluetooth finders that can be attached to possessions you’d normally misplace—your keys, wallet, cell phone, or even the TV remote. Since their founding in 2012, over 35 million units have been sold, and about 6 million items are located daily, across 200 countries.

Ada is a Zendesk integration partner, providing a seamless live support experience within the Zendesk platform. Ada’s brand interaction platform connects businesses with their customers, enabling businesses to be continuously available for support with consistent and helpful messaging. By integrating data sources and client-facing communications, Ada creates frictionless experiences at any scale.

Tile partnered with Ada and Zendesk to help scale their growing support inquiries.

A Zendesk customer since 2013, Tile has relied on Zendesk’s support platform from their early stages and throughout their rapid growth.

The Tile support team prides itself on their human-first approach to customer experience. However, during the holiday seasons the Tile team struggled to maintain their exceptional customer experience while managing dramatic inquiry increases.

In an effort to keep up with demand, the Tile team relied heavily on seasonal hires. The time the Tile team spent on hiring temporary headcount was both expensive and inefficient. The cost associated with acquiring and training seasonal staff was taxing on permanent employees who had to quickly onboard agents and ultimately slowed down operations.

Prior to implementing Ada, all inbound inquiries were routed through Zendesk and assigned to different Tile agents for either live-agent support or as an email ticket. As Justin Michaud, the senior manager of customer support, looked for options to scale his team without adding headcount, he turned to Zendesk’s integration with Ada.

Within 29 days, Tile was up and running with their conversational AI bot with Ada’s support. “The automated chat experience feels conversational and genuinely feels like a seamless part of our customer experience,” said Michaud.

Today, Tile’s chatbot has engaged with almost 50,000 support inquiries, successfully resolved 52% of them, and seamlessly handed off the questions that required a more human touch to the right agents at the right time. With over 50 percent of inquiries answered by the chatbot, the Tile team is able to focus on improving their first-response time.

Michaud commented, “With the Zendesk and Ada integration, we were able to not only save costs on seasonal headcount, but we were also able to see revenue growth from customers who were being served at faster rates.”

The faster response time from the Tile support team improved the likelihood of the customer completing a purchase as well as making one in the future. Investing in improving the first-response time meant happier customers for Tile as well as meeting and exceeding revenue goals.

In addition to the chatbot implementation, Tile worked with both Ada and Zendesk to build a custom API that would meet Tile’s needs. Tile asked that the team create a solution that would create email tickets from inbound chat inquiries during off-hours or weekends.

“There’s a really good relationship between Zendesk and Ada that helps with custom requests. They work together well to find a solution for unique or off-the-wall problems,” explained Michaud. In less than a week, the Ada and Zendesk team were able to deploy the custom API for the Tile team.

The Tile team relied on the wealth of customer experience insights from Zendesk to refine the out-of-box integration with Ada.

Tile already had anonymized and aggregated data from Zendesk’s insights on their frequent inquiries as well as their most common use cases. This data on the customer experience helped the Ada team rapidly create the most valuable answer flows for Tile’s customers.

Additionally, the Tile support team already had a wealth of content on their Zendesk platform via their help center, email and live chat macros. By using the already-created content, the Ada team was able to efficiently build conversational answer flows aligned with Tile’s tone and voice.

“In under a month’s time, the Tile team had automated, on-brand answers for most of our frequently asked questions, saving our team valuable time and resources,” said Michaud.

Lastly, Ada’s translation capabilities meant the Tile team was able to save hours of time and unlock growth opportunities across the globe. The support team wrote, built, and managed answers in English. Meanwhile, Ada automatically translated and enabled interactions in not only English, but also French, German, and Spanish.

With Ada’s automatic translations of Tile’s live chat content, the Tile team was able to better serve their global customers and see an increase in revenue from their global audiences.

Conversational AI and an automation-first approach to customer experience have transformed Tile’s approach to their customer support strategy. Automation has allowed customers to self-serve which freed up human agents to delve deeper into helping customers and has removed the pressure of a dramatic influx during the holiday season.

Today the Tile team is identifying additional ways to further their automation strategy in their CX. Next, the Tile team plans to deploy the bot on their sales pages to help drive more conversions as well as upsell and cross-sell efficiently.