When COVID-19 changed eating habits and takeout became the only way Americans could enjoy food from restaurants, Grubhub was prepared to continue supporting its restaurant partners, diners, and drivers. Zendesk helped the company meet and exceed its goals during this challenging time, even as ticket volume increased by 100 percent. 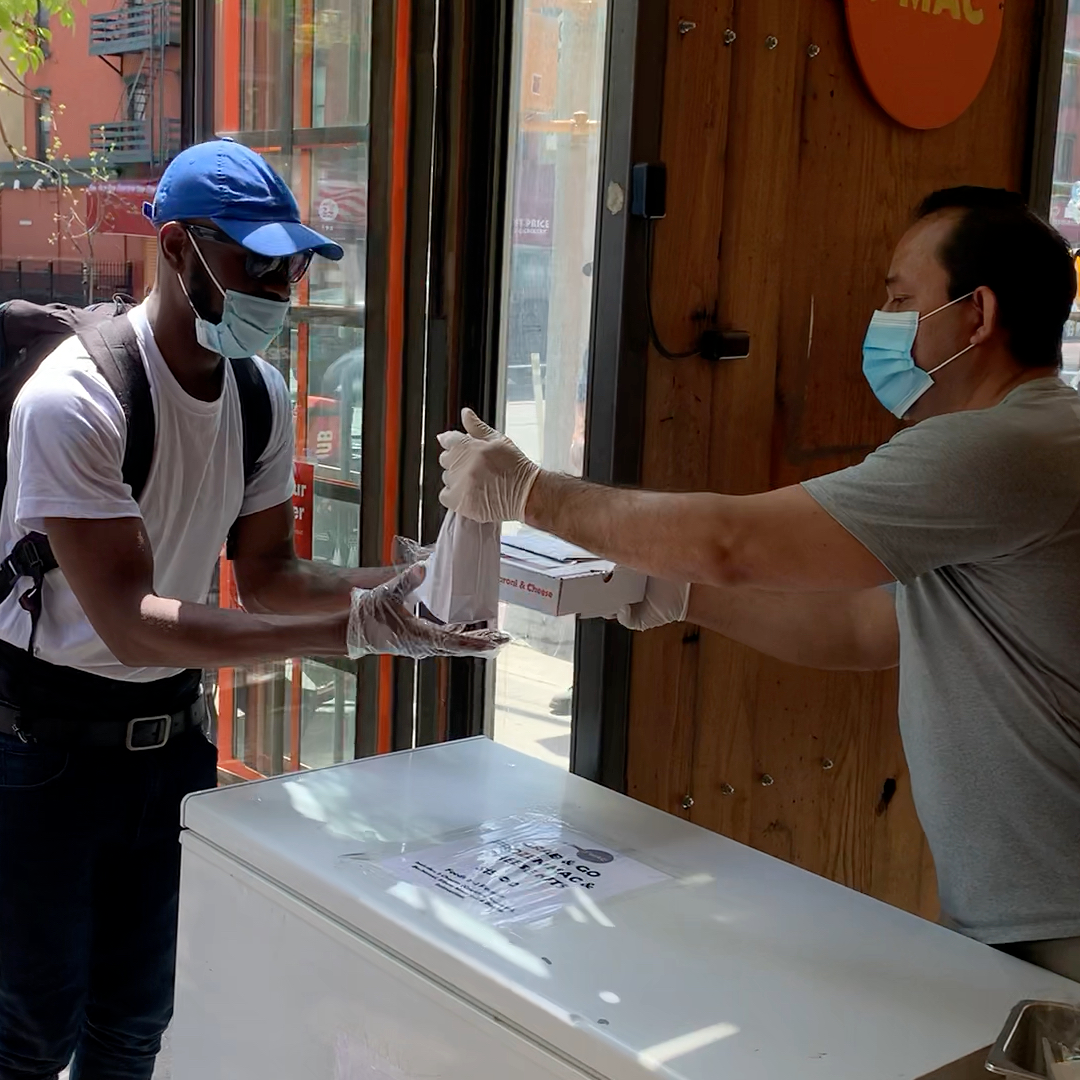 “Zendesk and their willingness to connect with our teams to provide meaningful insights allowed us to make necessary changes to our technical architecture and enabled us to meet the demands as we’ve expanded in volume and users. We wouldn’t have been able to quickly set ourselves up for success without that.”

“We’ve been able to leverage our outsourced care partners and lower our cost per contact because of the rigor and processes we could not have implemented without Zendesk.”

Some companies find themselves in the right place at the right time to serve communities during unprecedented challenges. Take Grubhub, a leading food-delivery service that operates in more than 4,000 cities across the United States.

When the COVID-19 pandemic prompted businesses to send employees home to work remotely and shuttered restaurants’ indoor eating operations in spring 2020, the company faced a perfect storm–it needed to support its 300,000 restaurants and 30 million diners while its corporate operations team and BPO partners quickly pivoted to a remote work model.

The uncertainty and upheaval meant restaurants suddenly were unable to fill orders. Many were forced to change menus and hours without notice, or close down completely. Sequestered families, unable to socialize at eateries and bars, flocked to food-delivery services for in-home dining. For example, one study showed delivery orders soared 67 percent in March 2020 alone. 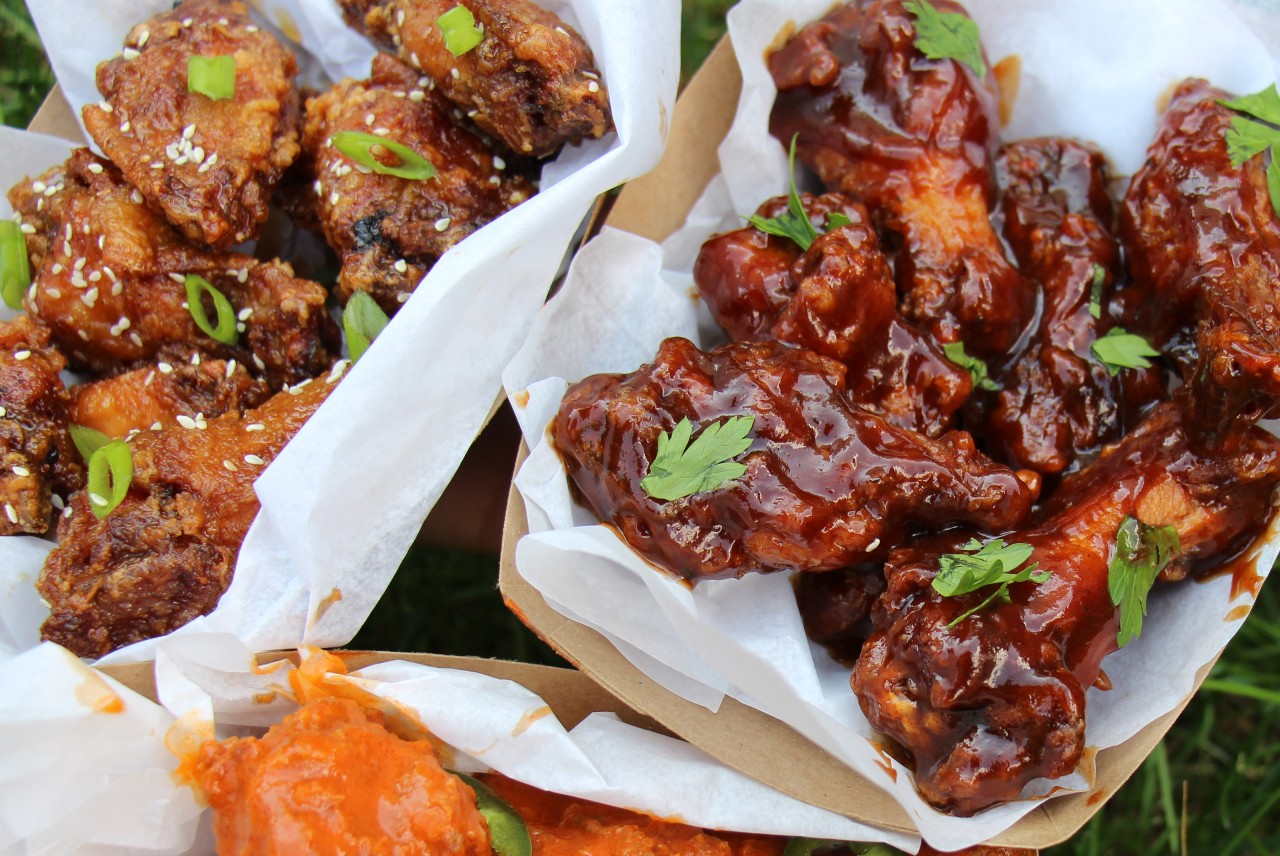 Amid the chaos, Grubhub remained committed to providing the best possible customer care for diners, restaurants, and its drivers. But the challenges were steep. The company faced a massive surge in new restaurant accounts and had to quickly source and onboard a slew of new agents to handle the volume. Meanwhile, the number of contacts per order rose precipitously as people reached out with safety questions. Adapting to the changing landscape, Grubhub added contact-free delivery as the default option at check out to keep both drivers and diners safe.

These challenges might have hobbled a business without a clear vision for its support operations, but Grubhub was ready—and so was its partner, Zendesk.

Leveraging Zendesk to care for restaurants, diners, and drivers

Grubhub implemented Zendesk in 2015 and had been steadily expanding its use—adding new teams to the system, automating workflows, and building up self-service capabilities. Grubhub Care and its Zendesk underpinnings now extend across four business areas encompassing B2B (restaurant support), B2C (diner support), contractors (drivers), and internal tech—all of them affected by the pandemic. Fortunately, that ongoing expansion primed Grubhub for adjustments to that model as the pandemic altered every aspect of commerce across the country.

“We had a lot of things we’d been looking to do in 2020 already,” said Schuyler Weinberg, Grubhub’s Zendesk administrator, who points to increased automation and proactive visibility into issues with orders and driver routes. “While we’ve done things differently with Zendesk during COVID-19, the plans were already there to add some of those additional teams to the system—such as the driver support team, which we took from basically email-based support into Zendesk so we could get proper tracking and analytics. And obviously a lot of automated workflows you can do with Zendesk. Especially with COVID-19 and the increase in volume, those plans were very helpful.”

For example, thanks to Zendesk, the tech teams were able to automate certain workflows within two weeks that made it possible for Grubhub to handle mass cancellations and refunds when restaurants were unable to fulfill orders for any reason, and to proactively create tickets for agents to intervene on a diner’s behalf. 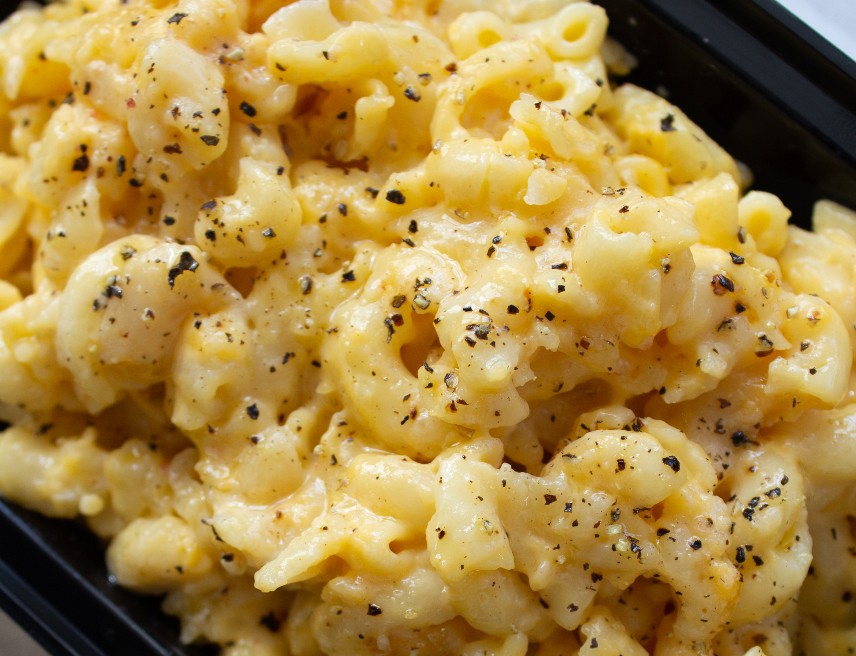 That would not have been possible on the company’s pre-Zendesk homegrown system. In fact, said Michael Wireko, director of care support at Grubhub, “When we went to our tech teams in 2014 and said, ‘We’re scaling a lot. We need the ability to measure SLAs in real time. We need dashboards and the ability to get to all this data so we can do analysis and understand what’s going on,’ they said they’d need to hire a significant team to support and develop this, and they recommended we go with Zendesk instead.” With Zendesk in place, said Wireko, “if we need to add a trigger or macro, Schuyler and his team can do it themselves.”

The scalability, flexibility, and cloud-based capabilities Zendesk provided that were beneficial during business as usual became critical once the pandemic struck. “For March and April, we broke records for how many restaurants we signed up,” said Wireko. “We had to increase our sales staff, which we had been planning to do anyway, but it was still too much to keep up with. We had a surge of new restaurants calling in with account questions, setting up deposits, and so on.”

And then came Cinco de Mayo. For Grubhub, a stay-at-home Cinco de Mayo increased ticket volume by more than 100 percent. “We basically surpassed any contact day we’ve ever had. A lot of these orders were going to specific restaurants, and those restaurants were backed up, not responding or wanting to cancel, so diners were waiting on their orders,” Wireko said.

“From Cinco de Mayo, we found out that our reactive tools weren’t always sufficient,” he said. “When we have to cancel a large amount of orders, for example, how do we do that systematically rather than through an agent who’s more used to dealing with one-off issues? So we’ve worked to create better API usage around cancels and other similar issues we could fix via technology rather than through individuals.”

Lowering contacts per order to scale and improve customer experience

A key metric for Grubhub is the number of contacts per order. With restaurant hours and menus fluctuating without warning, those contacts rose precipitously—and not just on days like Cinco de Mayo. But automating workflows—such as one that makes it possible for diners to make changes to their orders and obtain refunds via self-service—helped to reduce the contacts per order by 37 percent. “We’re now at the lowest contacts-per-order rate we’ve seen in years,” Wireko said.

“We’re now at the lowest contacts-per-order rate we’ve seen in years.”Michael Wireko, Director, Care Support at GrubhubGrubhub also differentiates itself from other food delivery services by accepting phone calls from all of its customers. Its goal is to answer 80 percent of calls within 20 seconds—a service level that dipped steeply between March and April as the pandemic took hold. However, by August the company had adjusted, answering up to 90 percent of calls within that 20-second window. Automating workflows, offering self-service, and using data to staff more efficiently all helped the team meet drivers, restaurants, and diners where they were at.

“The other thing we turned around quickly was implementing contactless delivery,” Wireko said. “A year ago when you had food delivered, you’d see your delivery driver at the door. That doesn’t benefit any of our parties anymore.” To address this need, Grubhub rolled out a feature in Zendesk that enabled contactless handoffs. “We were able to validate through tracking various tags whether a delivery was to be contact-free,” he said, “and we leveraged Care data to understand how it was working—which turned out to be remarkably well.”

How it all works

The Zendesk system, which at Grubhub is called Compass and comprises Support, Guide, Chat, Talk, and Explore, integrates with a Salesforce system that handles restaurant account management. It also integrates with Compass East, a custom app Grubhub built that acts “like an internal CRM” and houses much of the information that once sat in the homegrown system Zendesk replaced.

Compass East is also what the agents use for making adjustments to an order. It links out to restaurant account pages for tracking menu changes as well as to driver account pages, so agents can access all of the information via a Zendesk ticket rather than through multiple tabs. A back-end system Grubhub calls Rainbow pulls information from various Grubhub databases and services and makes it visible within Compass East, Weinberg said. Making real-time data readily accessible to agents and empowering them to take actions on orders lowers handle times and improves customer satisfaction.

Grubhub has outsourced teams located across the globe, and additional teams, primarily U.S.-based, provide support for restaurants dealing with issues such as deposits and payments, driver questions and accounts, corporate concerns such as fraud, logistics, and technical care (issues with tablet devices, for example). 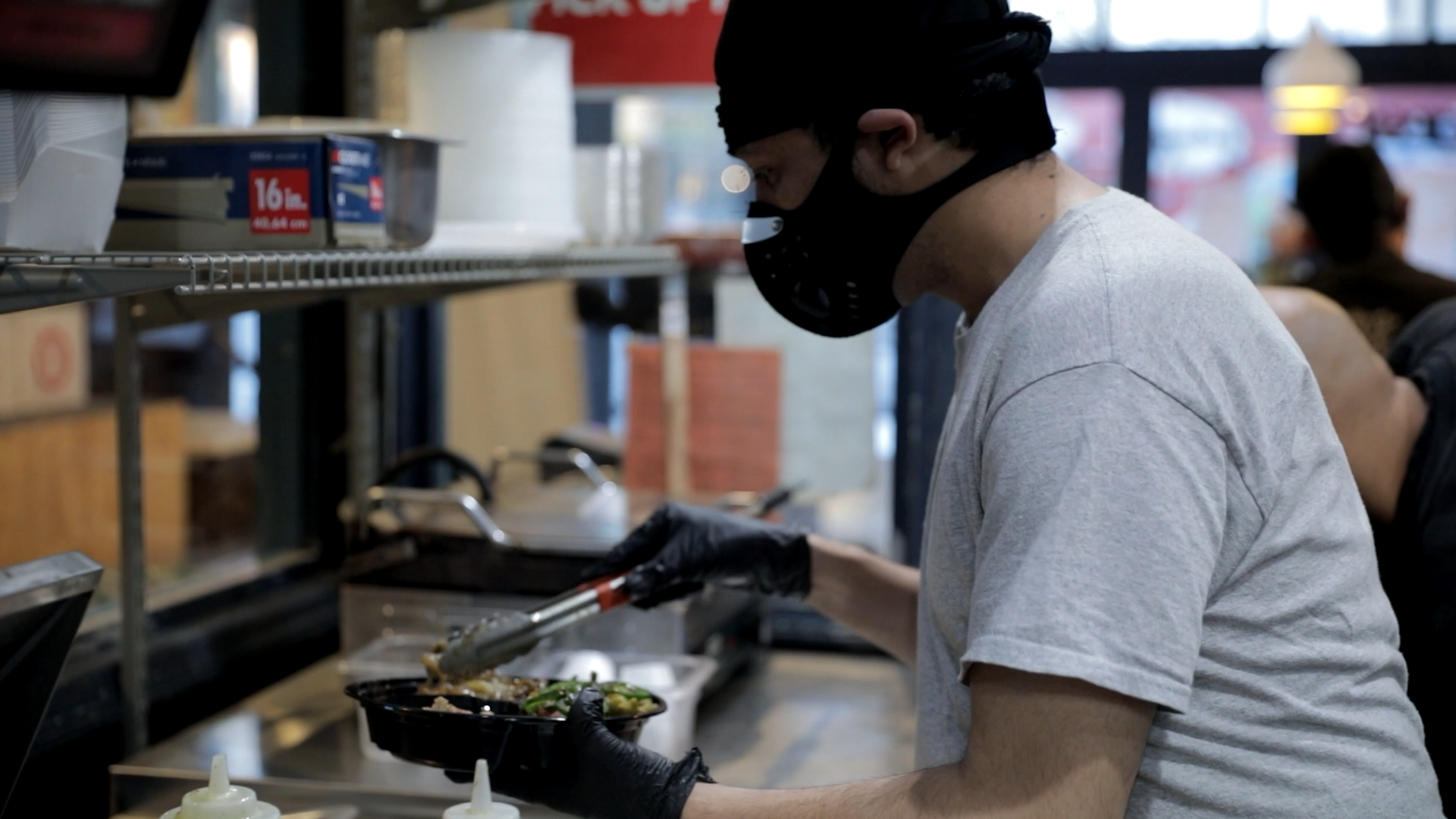 Automated workflows help ensure the right issues are routed to the right team, and an internal knowledge center based on Guide helps agents locate relevant articles quickly while attempting to resolve issues. Grubhub drivers also have access to a Guide-based knowledge center specific to their job area, reducing the burden on the driver support team.

“Zendesk has been a great partner for Grubhub,” Weinberg said. “Its willingness to work with us on different needs and use cases, especially as we have expanded, has been phenomenal. With Zendesk we’re able to invest more into new workflows. We’re able to expand and scale—not just in a couple of markets, but as many of our markets as we need.”

And the people it serves are benefiting from that solid partnership. Several months into the pandemic, “We basically are seeing record highs in CSATs,” said Wireko. “Our goal is generally 85 percent, but it’s hovering between 89 and 90 percent.”

Grubhub’s steady commitment to continuously improving the support it provides its restaurant partners, diners, and drivers has made it a resilient and reliable choice in a changing world.