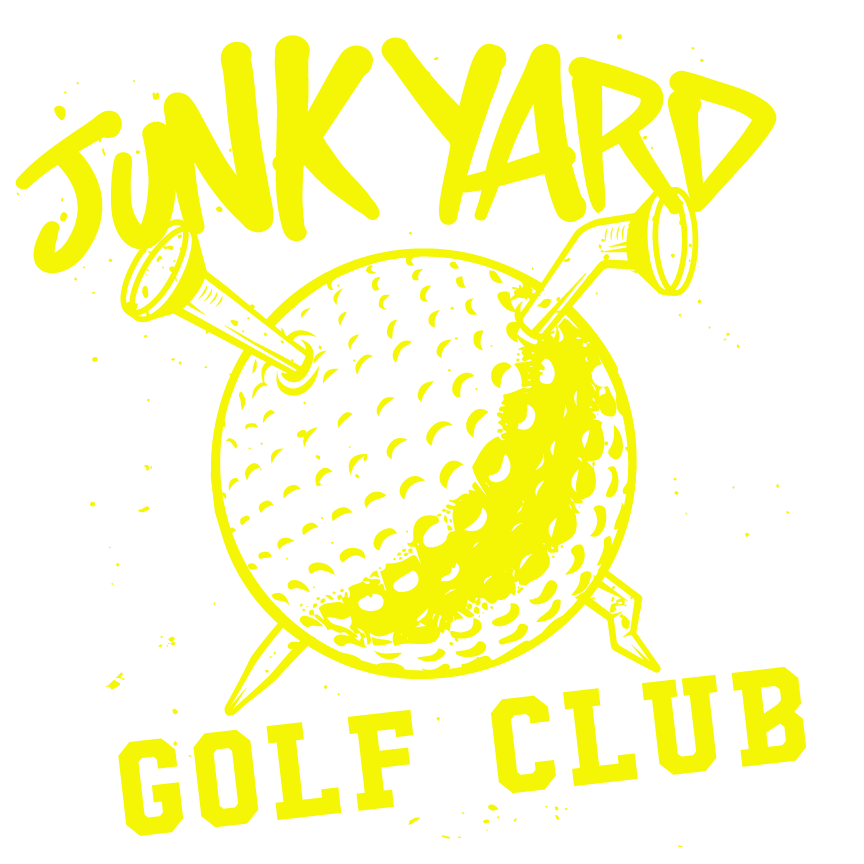 Golf is well known for its refinement, complexity, and centuries-old traditions. But at Junkyard Golf Club, the rules are simple: the music is loud, the puns are bad (in the best way), and the loser buys the drinks.

Since its founding in 2015, the United Kingdom’s Junkyard Golf Club has turned the storied sport of golf on its head. Based in Manchester, the company has quickly grown from a local popup to a budding national brand by offering customers a unique leisure experience—epic, crazy indoor golf in a club-like atmosphere. Mix in live DJs, cheeky cocktails, and exceptional customer service, and it’s no surprise that reservations at Junkyard Golf Clubs are one of the hottest tickets in town.

The company invites its guests to explore multiple themed golf courses at five venues located in London, Manchester, Oxford, Leeds, and Liverpool. Built using parts that the company describes as “pre-loved items, random shizzle, and weird junk,” the courses are littered with obstacles such as a merry-go-round overrun by creepy clowns and trashed pirate speed boats in a polluted rainforest.

“Junkyard Golf Club is an adult playground,” said Ruth Derry, the company’s customer service manager. “We’re transforming golf from something that you’d do at some seaside resort into an epic experience at an Instagram-worthy nightclub. And I’m not going to lie, I get quite competitive when I’m playing it.”

A cheeky brand gets serious about customer service

Derry joined the company in early 2019 after managing customer support at decidedly more corporate enterprises like Sky Television and British Gas. Her first task was to up-level the company’s existing support infrastructure, which hadn’t changed since its days as a Manchester popup.

“When the company started in 2015 it was literally a hot dog stand with two golf courses next to it, in a warehouse space. We didn’t have a phone because it was so loud in the venue that no one could hear it,” Derry said. “We had one shared email account that staffers in the venue would respond to when they had a free moment. All the social media support was done manually.”

One of the first things Derry did was to add Zendesk products including Zendesk Support, Guide, Chat, Talk, and Explore to the company’s workflow. She chose Zendesk because it was a turnkey solution that could scale with the fast-growing company and provide actionable analytics.

In less than a month, her team was up and running on Zendesk with almost no formal onboarding, and agents only required about an hour of training before they were online interacting with customers. She saw an almost instantaneous spike in the team’s efficiency.

“Before Zendesk, our team of six agents was solving 3,000 tickets a month, with an average first response time of 48 hours,” Derry said. “After implementing Zendesk and adding channels like live chat, the same team now handles almost 9,000 contacts a month. Our combined CSAT score has risen to 94.1 percent, and we’ve dramatically reduced our average response time on all channels—we’re down to eight hours on email, 30 minutes on social, and less than one minute on chat.”

Meeting customers where they are: live chat

The addition of live chat to the company’s list of supported channels has been game changing for Junkyard Golf Club. Chat usage has exploded in the company’s 18-36 demographic, and is now where 70 percent of its customer contacts begin.

“Without Zendesk and new channels like chat, I would have had to hire 12 more agents to handle our current volume of contacts,” Derry said. “And even then we’d still struggle to do better than a 24-hour average response time if we were doing things the old way.”

Junkyard Golf Club has also tested live chat as an opportunity to upsell customers on drink and food packages, passing customers to the sales team as highly qualified leads. The team was able to generate 3 times more revenue over a four-week test, with a 32 percent conversion rate. The results have been so promising that the company is currently transitioning its sales organization to Zendesk Sell to tightly integrate sales and support functions at Derry’s recommendation.

“Sales and service go hand-in-hand, but they don’t always work very well together as separate departments, so I wanted to bridge the gap with Zendesk to deliver a more cohesive customer journey,” Derry said.

But new revenue streams and faster response times are just the beginning of what Junkyard Golf Club has been able to achieve with Zendek. The team uses Explore for data and analytics dashboards that are helping to shape the way the organization works.

“Explore was one of the main reasons we chose Zendesk,” Derry said. “It makes it easy to see data for trends in customer behavior, and helps us understand what we’re doing well and where we need to improve. We’ve recently changed our shift and working patterns based on data we received through Explore, so we’re more available when our customers need us the most.”

Junkyard Golf Club has also used Zendesk’s Side Conversations add-on to improve communication between support agents, who are all located in Manchester, and the general managers who are spread across the company’s five locations. This helps the support team turn customer problems into moments of surprise and delight.

“One time we had a customer who needed to cancel their reservation after their partner was hospitalized over Christmas, and we wanted to brighten their day,” Derry said. “The agent reached out to the local general manager and was able to change their reservation and arrange for the customer to have a VIP experience when they came in. Free drinks, the works. The customer had a great time and ended up leaving us a glowing review on TripAdvisor, which is a critical site for us.”

One of the ways that the company collects and monitors review scores on important sites like TripAdvisor and Google is through the app Feed It Back. The app aggregates customer reviews from the web and even allows Junkyard Golf Club to proactively send post-visit surveys to their guests. If there’s a review to action, or something that needs to be addressed, the team is empowered to follow up with the customer and solve the problem from the Zendesk dashboard.

Junkyard Golf Club’s commitment to arming its customer service team with tools to boost efficiency is one of the key drivers in the company’s fast growth from a popup shop to a national brand. To that end, it uses the Time Tracking, Five Most Recent, and Knowledge Capture apps to boost agent efficiency, get valuable historical customer information, and capture lessons learned in tickets for self-service articles. Meanwhile, as the company opens two new locations later this year, it will also add WhatsApp and SMS to the growing list of channels the company team supports.

“As we were planning for the year ahead, I asked my team what they would do if I got rid of Zendesk. Their faces dropped and they pleaded, ‘No, please don’t take it away from us,’” Derry said. “Our agents love Zendesk because it makes their lives easier. And when our agents are happy, it’s easier for them to make our customers happy.”

“They call me the Zendesk Queen at work because I’m such an advocate for the platform. Since we’ve started using Zendesk, it has revolutionized our customer service offering and made us 10 times more efficient”

Stoiximan drives brand differentiation with a 360° view of the customer