As Mukuru continues to expand and serve a diverse customer base, the company chose Zendesk for its scalability. The company now has improved response times and more self-service opportunities than ever before. 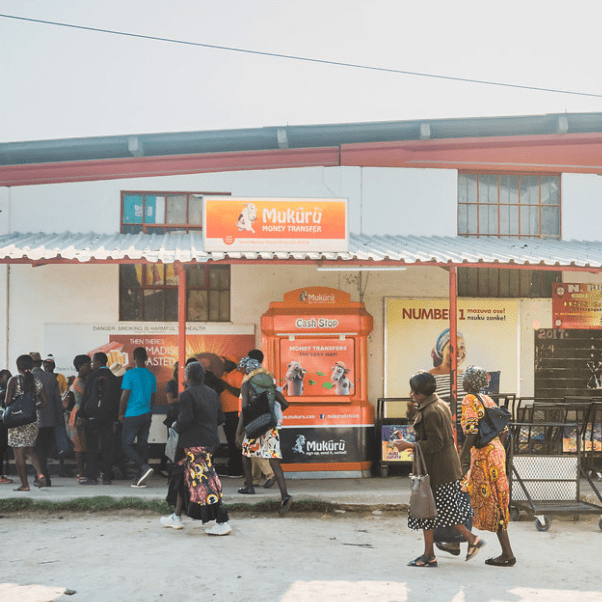 "The partnership with the Zendesk team has provided a level of support and guidance to us that goes above and beyond what you’d expect."

"Zendesk offered us the best solution in terms of communicating to customers, and it also has the most integrations in terms of other tools."

Migrant workers face many challenges. Not being able to access a bank account is one of the most pressing, since it means they can only accept salary payments in cash. This is where the financial empowerment offered by South African–based remittance company Mukuru comes in.

The company offers swift and secure money transfers from South Africa, Botswana, Malawi, Zambia, Zimbabwe, the UK and European Union, to20 countries across sub-Saharan Africa and Asia. In addition, it offers a range of other products, from a Mukuru Card and Mukuru Groceries to funeral services, with plans to expand into other value-added services such as loans.

As Mukuru continued to expand across multiple time zones and languages, it partnered with Zendesk in 2015, attracted by the scalability of the software to support its progress. The business was also keen to ensure that a best-in-class customer experience remained front and center as it grew, while also needing to adhere to strict financial security and anti-fraud measures.

By using Zendesk, Mukuru has been able to boost its average customer satisfaction ratings from 67 percent to 72 percent. “Zendesk offered us the best solution in terms of communicating to customers, and it also has the most integrations in terms of other tools,” said Mika Stuttaford, Mukuru’s digital product journey manager.

Mukuru is now able to offer its customers around the world a multilingual service. “Because we are dealing with so many languages, we have a language team,” said Stuttaford. “That’s where Zendesk helps us a lot because we can quickly and easily filter tickets in different languages to the right team members to answer those queries, whether they are in Shona, French, Portuguese, or Chichewa. We pride ourselves on the fact that we can truly speak the customer’s language.”

As Mukuru continues to grow, it has recognized a need to expand digital channels and offer more self-service opportunities to ensure high-quality customer support. “At this point we’re increasing our digital offerings and supporting our self-service channels as much as possible,” said Stuttaford. “All of this is coming through Zendesk.” 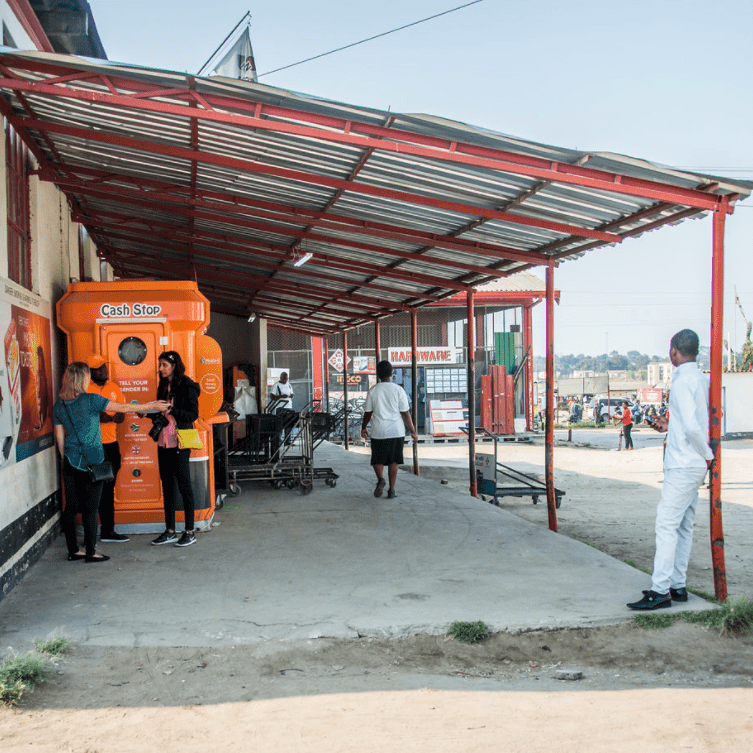 This need became urgent at the start of the COVID-19 crisis when the company was suddenly unable to use around 850 of its field agents, who had previously been working on the ground to sign up new users. Mukuru was able to quickly start providing a self-service option. Now, more than 35 percent of customers sign up and receive support through self-service channels—an increase of 22 percent.

“We have seen a significant increase in people signing up through our WhatsApp channel and the website,” said Stuttaford. “Because of COVID-19, we had to do a very big push to quickly enable customers to sign themselves up at home, rather than having an agent take them through the process. We also had to change the workflows within our teams to support this digital process as opposed to teams on the ground.”

Mukuru is also using Zendesk Guide to empower customers with the answers to their most frequently asked questions. “We are building up our customer knowledge base and uploading a range of useful articles,” Stuttaford said. “This should help our customers and also sharpen our response times.”

By using the data insights offered by Zendesk Explore, Mukuru can now answer customer queries in just 10 minutes to an hour, and its customer service workflow is far quicker and more efficient. It now monitors, for example, the different types of queries coming in and channels them to the appropriate team automatically. Previously, all queries would come in via one email address, and the team had to manually triage every request.

“We’ve set up all sorts of rules and triggers within the software, so customer queries go to the correct teams immediately,” Stuttaford said. “In this way, we’re able to answer queries within very strict, short time frames.” Using Zendesk’s reporting platform, the company is now able to pinpoint and troubleshoot any customer service issues quickly. 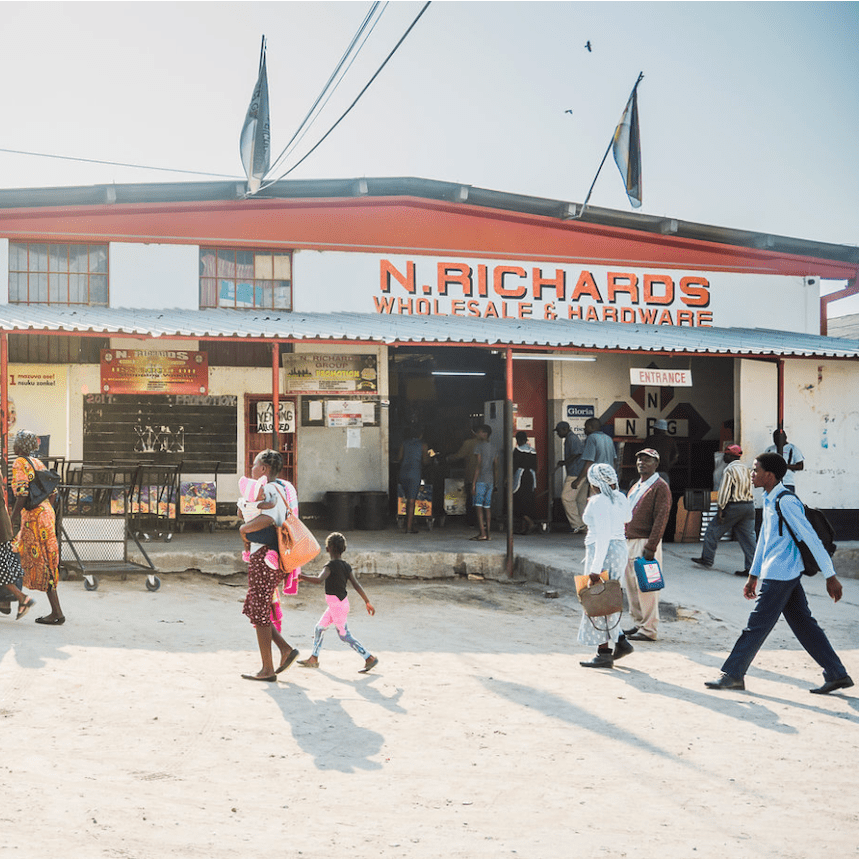 “It’s much easier now to see whether we have an issue and where that issue is,” Stuttaford said. “For example, we’ve had a problem before where one of our financial suppliers accidentally paid some of our customers twice on a card, and others not at all. There was a social media outcry. Now we can quickly see if there’s a red flag issue on Facebook and shift the team’s priorities to attend to that straight away.”

Continuing to expand and diversify

Mukuru currently uses Zendesk in three countries, but it plans to employ the Collaboration add-on to equip agents with the tools they need to collaborate efficiently across an increasing number of countries. The software will also help the business to prioritize the improvement of internal communications and education across the board.

“There’s so much potential to grow with Zendesk,” Stuttaford says. “We now need to get all our teams on board and upskill them so they can make the most of the software. We also need to expand to other countries and make sure that all our outbound countries and agents make use of Zendesk. The Collaboration add-on will really add value for us.”

The company also intends to continue making customer support as workable and responsive as possible. For example, it plans to leverage Zendesk to launch new service lines such as Mukuru Groceries and Customer Shopping coupons. “We’re launching an app very soon—we delayed the launch in April because of COVID-19,” Stuttaford said. “We’ve identified a set of FAQs, and we’ll definitely integrate Zendesk within that as well, with our app APIs. That will make a significant difference for us.”

Stuttaford said that Zendesk has been a collaborative and supportive partner throughout, especially during the pandemic. “The partnership with the Zendesk team has provided a level of support and guidance to us that goes above and beyond what you’d expect,” she said. “It’s not just about the technology; they’ve helped us to stay on track with our expansion plans every step of the way, providing both advice and software-based solutions.”