Product design and development consultancy thoughtbot was looking for a CRM that would allow its teams to understand, track, and close leads and that was enjoyable for them to use. It chose Sell for its clean interface and ability to integrate with other tools. Even before COVID-19’s wider effects set in globally, data from Sell showed thoughtbot how the pandemic was impacting leads so the firm could adjust its sales strategy accordingly. 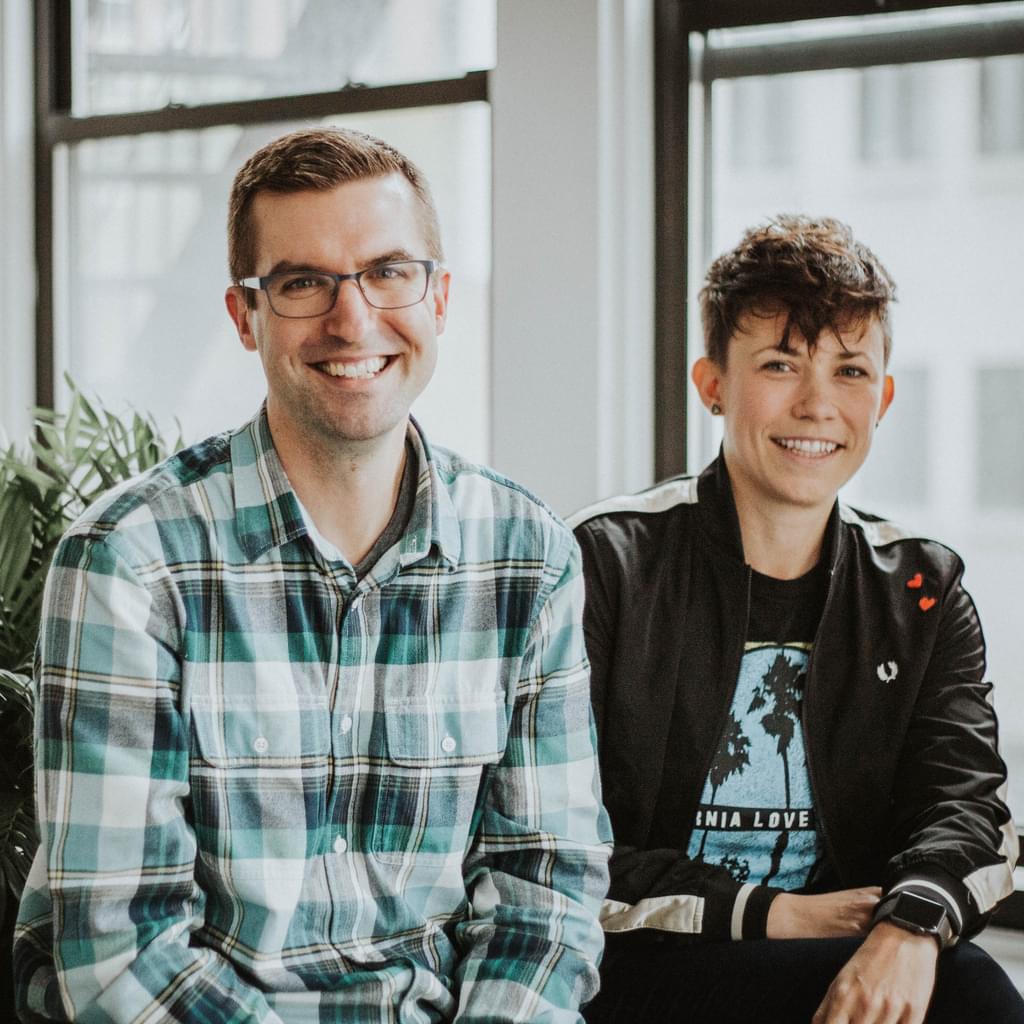 "Zendesk Sell was the only [CRM] that people universally said, ‘It looks good. It works well. And I could envision myself using it every day."

Cofounder and CEO at thoughtbot

“[The CRM] supports us to move quickly, to secure the right work, and to give our entire team visibility into what's happening. When you have other customers pulling back, you’ve gotta be able to respond quickly to the ones who need you to surge.”

Cofounder and CEO at thoughtbot

Starting a business or building a product begins with a dream, but making that dream a reality can be an uphill battle for businesses that lack the staff or resources to get it done. This need is what thoughtbot, an expert team of product design and development consultants, strives to fulfill.

From Fortune 500 companies and first-time entrepreneurs to nonprofits and educational institutions, thoughtbot helps organizations of all types and sizes improve their digital products, or go from concept to launch quickly. The team is organized into small studios of designers and developers working with clients, and the core of the company’s culture is the idea that employee fulfillment is inherently tied to success. “You need to be successful financially and successful from a fulfillment perspective,” said Chad Pytel, founder and CEO. “And you sort of can’t have one without the other.”

This philosophy informs thoughtbot’s customer service as well. The team’s passion and knowledge shines through, whether companies decide to work with them or not. The team members are known for being incredibly personable and knowledgeable, and Pytel believes that has to do with their core philosophy. “And I think that that comes from the fact that we’re just doing this to enjoy our work and the people that we work with, and to be fulfilled in our work is our primary motivator,” Pytel said. “And so the fact that we like what we do, we’re good at it, and we are fun to work with should come across in our process.”

The company was founded in 2003, and with years of experience creating a solid production pipeline nailed down, thoughtbot has been able to bring big products to life. With clients such as MoMA, Houseparty, Disney, and Planned Parenthood, no project is too big or too small for the thoughtbot team. However, once the team started taking on more clients, it became clear that the sales and leads process needed to be revamped. 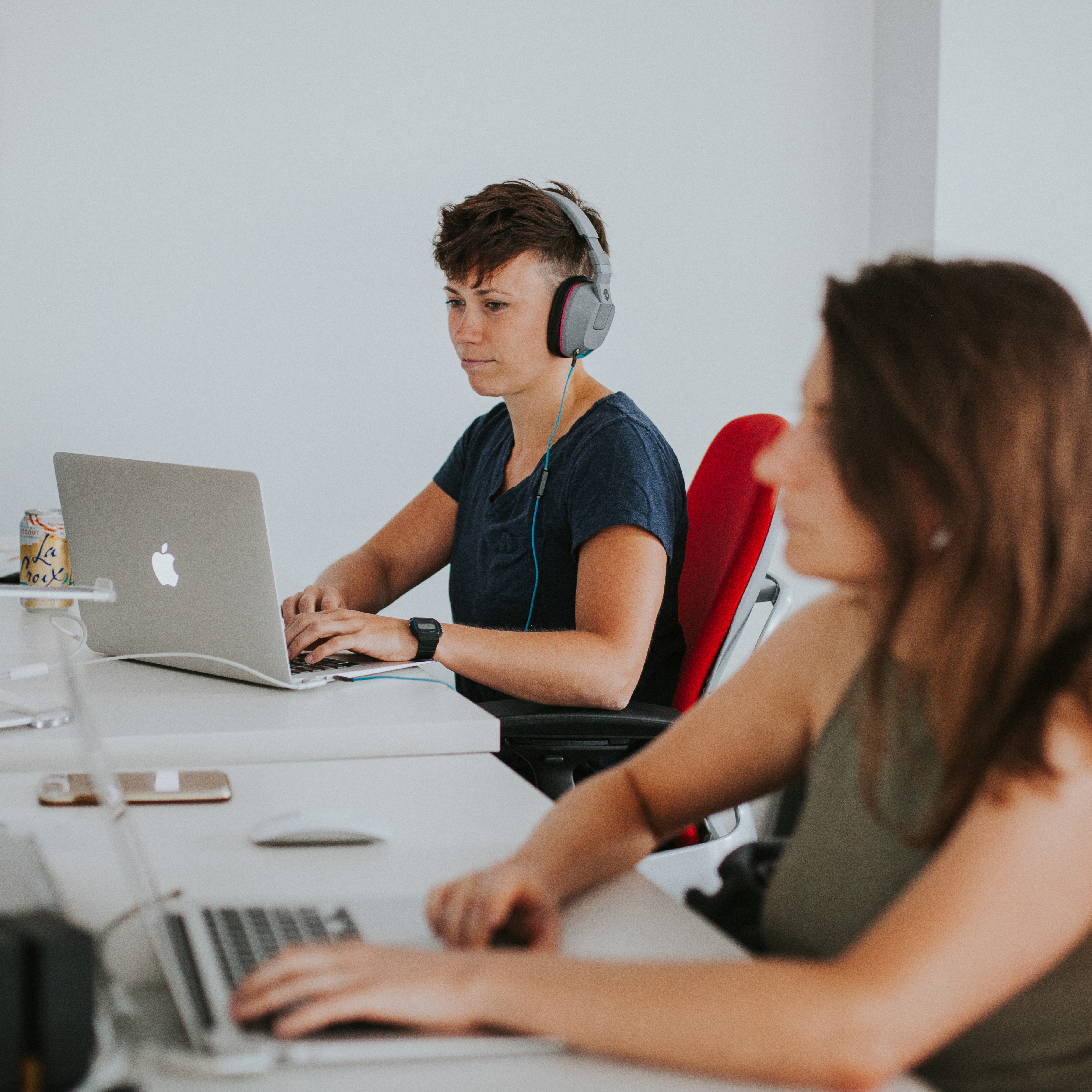 thoughbot’s team consists of six managing directors and associates in global offices. What’s different about the team, though, is that the various members didn’t come from traditional backgrounds. “Up until Lindsey joined, we didn’t have a formal marketing person,” Pytel said. “All of our marketing up until that point was primarily built on our reputation as designers and developers in the design and development community.”

Before moving to Zendesk, thoughtbot was using Trello and a variety of internal tools to track projects, but after some time the team noticed some drop-off in projects due to variables such as budget or timing. While thoughtbot could track workflows using existing tools, the company couldn’t track customer interactions and history, making it difficult to proactively market to past and potential clients. Lindsey Christensen, Chief Marketing Officer, knew the team needed to track much more information than past processes were able to do. “Where are they coming from? What’s the source? Did they interact with marketing activities? What’s their industry, what is their need, what’s their project, what’s their location, what’s their title?” Christensen said. “I need as much information as I can glean to better educate us on how we’re doing marketing and who we’re reaching out to.”

This non-traditional team needed a solution that fit its unique needs. “The real change was growing on that sort of organic, non-buyer marketing. We grew to a certain size and we really felt like in order to continue to keep on growing, we needed to start speaking directly to our buyers and we needed to get much better at sales,” Pytel said. “So we did everything from investing in formal sales training to saying, ‘We really need to get serious about our CRM and use an actual CRM.’”

After evaluating a dozen options, the team decided on Zendesk Sell for its clean UI and mobile functionality. Having the structure of a formal CRM combined with powerful API capabilities was key. “We will almost always choose the tool with the better user experience over features and functionality,” Pytel said. “Because just as designers and developers ourselves, we care a lot about the products that we use on a day-to-day basis, and we want them to be enjoyable to use. And our standards are pretty high.” 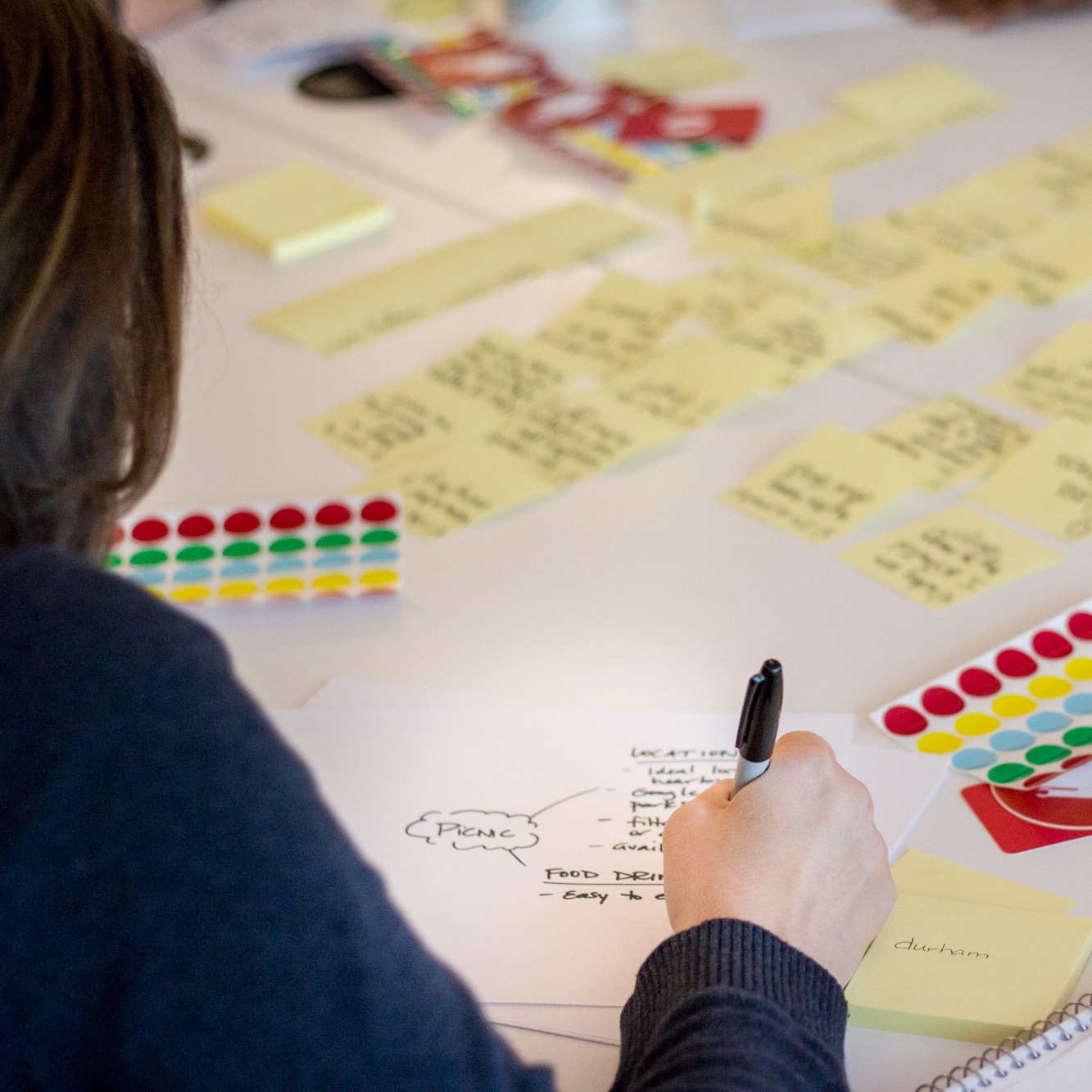 Those high standards, Pytel said, are informed by the consumer, as well. “The standards of what everyone is expecting for their work come from the consumer experience that everyone is having now,” Pystel said. “And the expectations of the team and the people just in their day-to-day work are much higher for how good things should be, how intuitive they should be, and how they should work.”

To figure out what worked, the team decided to take each platform for a test drive. Of course, it helps to have an entire company full of design, UX, and development experts to put new tools to the test. “Zendesk was the only one that people universally said, ‘It looks good. It works well. And I could envision myself using it every day,’” Pytel said.

Once thoughtbot decided on Zendesk, the team had it up and running by the following week. One of the first things implemented in Sell was the creation of two separate sales pipelines. The previous process had both new and existing customers all grouped together in one pipeline, and it was difficult to discern the close rates between those two types of accounts. Sell gave thoughtbot the opportunity to measure those metrics separately. “Being able to see for the first time what our close rate was for brand-new customers that we had never talked to before relative to repeat customers was pretty powerful,” Pytel said.

With Sell, the team has been able to streamline their entire sales process, from lead follow-up to closing. Thanks to a Slack integration and Zapier automation, when a potential client contacts thoughtbot, it automatically creates a lead in Sell. The external system knows which sales representatives are in each region, and if the lead successfully passes the spam filter, it assigns the lead to the appropriate thoughtbot team member and notifies them via Slack. From there, the thoughtbot lead owner can quickly send personalized follow-up emails to schedule a video call using Sell’s sales email sequencing automation. thoughtbot has also integrated their internal tool “Hub” with Sell, so when a deal is won, project a customer information is sent automatically to the Hub for all teams to access. 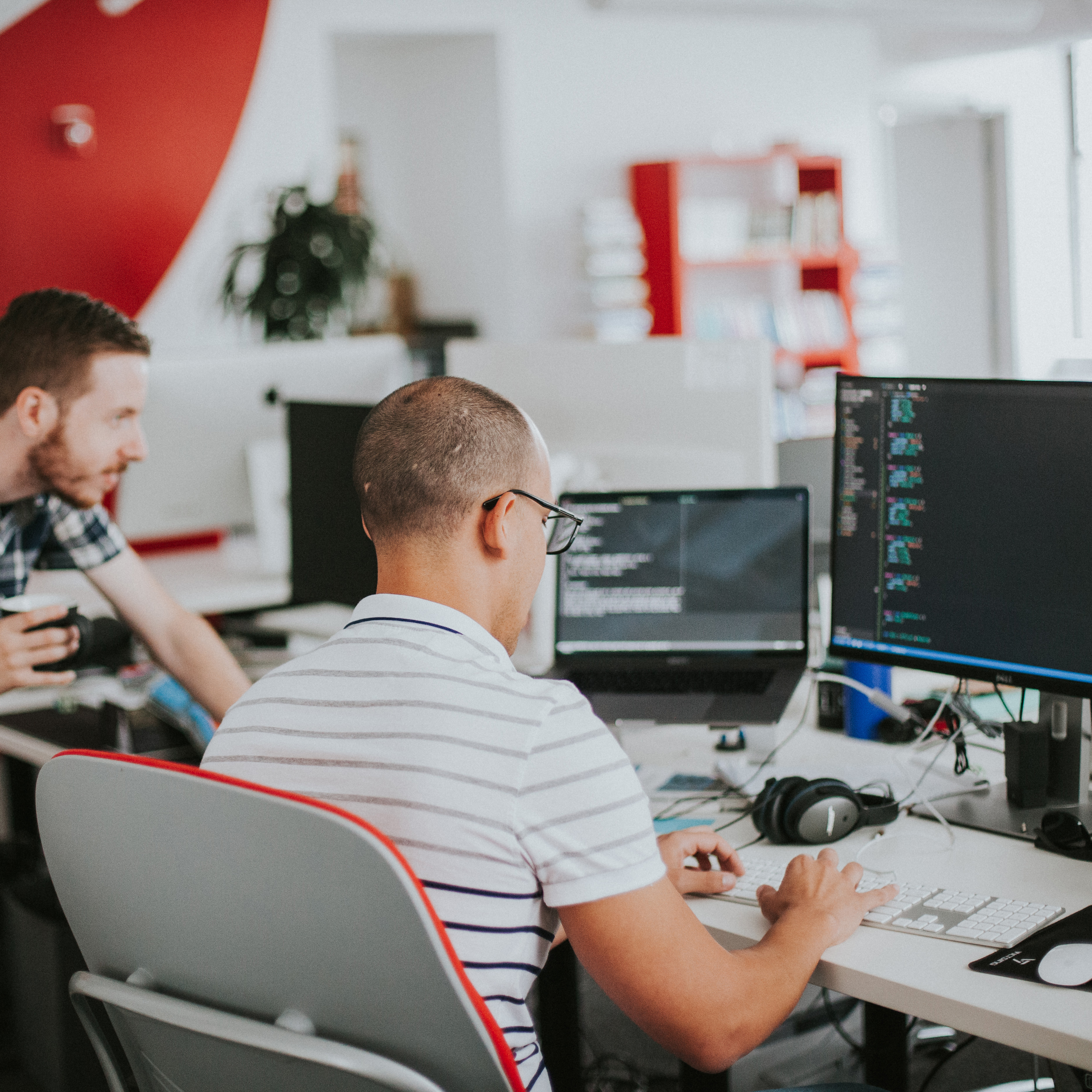 As thoughtbot continued to customize, the team began to identify more business needs that could be solved through Sell. The team had found that sales goals were being inflated by projects that would take a year or more of production time. At the suggestion of the Zendesk account team, it created a third sales pipeline for long-term work. With a third pipeline made specifically for projects with longer production, the team could better track quarterly sales goals and improve account management abilities. “I believe that [Sell’s pipelines] helped improve the overall value that we’re able to capture from those opportunities and make sure that we do our best work possible,” Pytel said.

That harmonious collaboration helps thoughtbot achieve its goals. “To be able to talk with [our Zendesk account manager] and then ultimately pull in an engineer, who thought through the problem with us and said, ‘Here’s what’s available to use,’” Pytel said. “And we were able to say, ‘Yeah, that sounds great,’ and put it in place really quickly. That kind of partnership is really powerful for us.”

With this deeper dive into client metrics, thoughtbot obtained a better picture of what kind of customers work best with the company.

“Over 75% of our work comes from our current customers,” Pytel said. “The way that we use the CRM and the fact that the entire database of contacts is there is really important. It supports us to move quickly, to secure the right work, and give our entire team visibility into what’s happening. When you have other customers pulling back, you’ve gotta be able to respond quickly to the ones who need you to surge.” 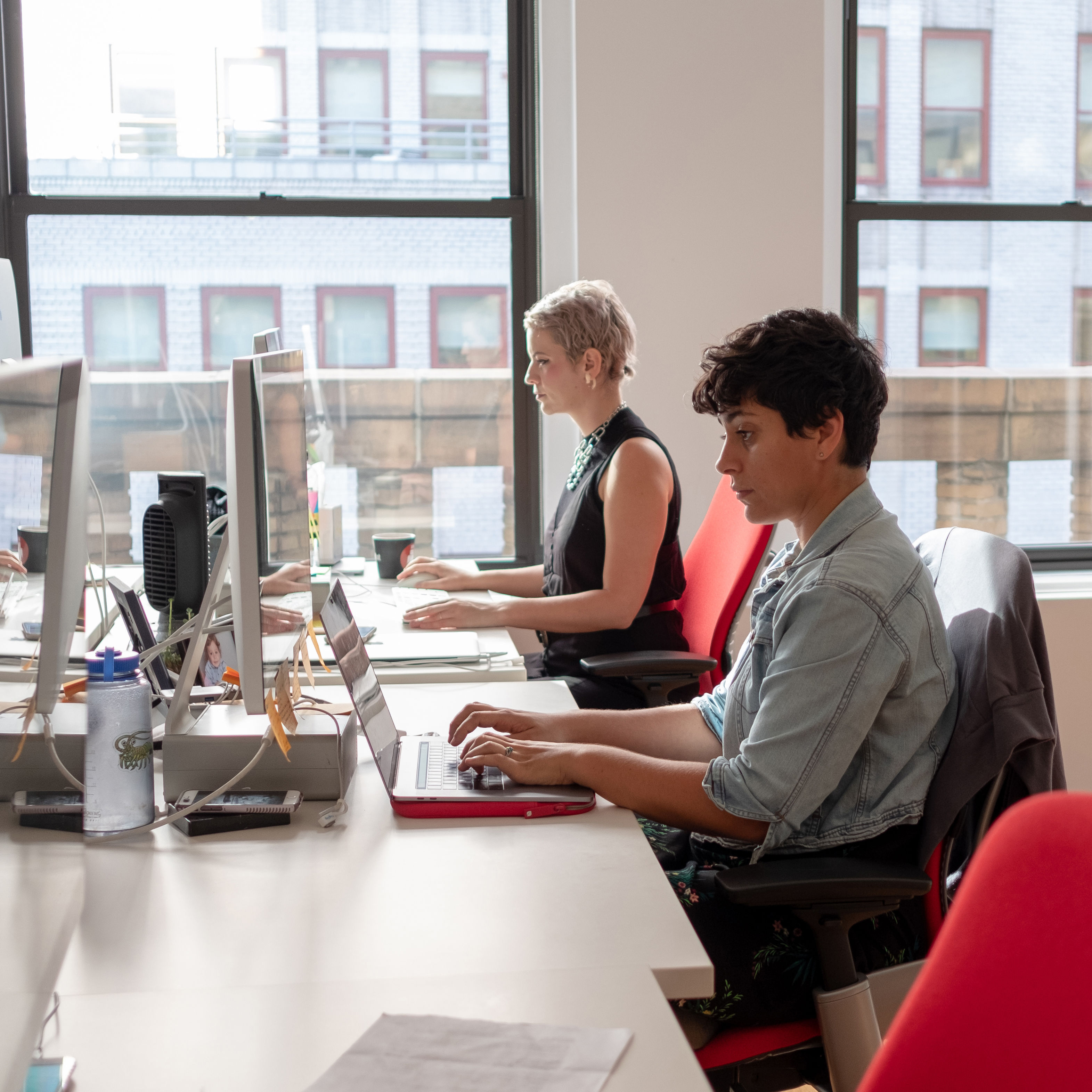 When the COVID-19 pandemic began, the team was able to make more informed financial decisions as the crisis ramped up. Before implementing Zendesk, the company had revenue goals but lacked sales targets. “But revenue for us is a trailing indicator of whether we’re on track or not because we bill for our time,” Pytel said. “I don’t think we can ignore the fact that we’re in a pandemic and a big global economic crisis. To be able to see that starting to happen and advance in our numbers on the front side of the sales process–from the number of leads and deals we were getting Q1 of this year versus Q1 of last year, into the value in our sales goals in Sell—that was really important. Being able to see the trend before it started to happen to have an impact was important.”

thoughtbot’s journey has led the company to develop a unique approach to sales, informed by the perspectives of designers and developers, to pinpoint exactly which systems were needed to understand clients and leads better. And in times of crisis, the revamped system has helped the business weather bumps in the road.