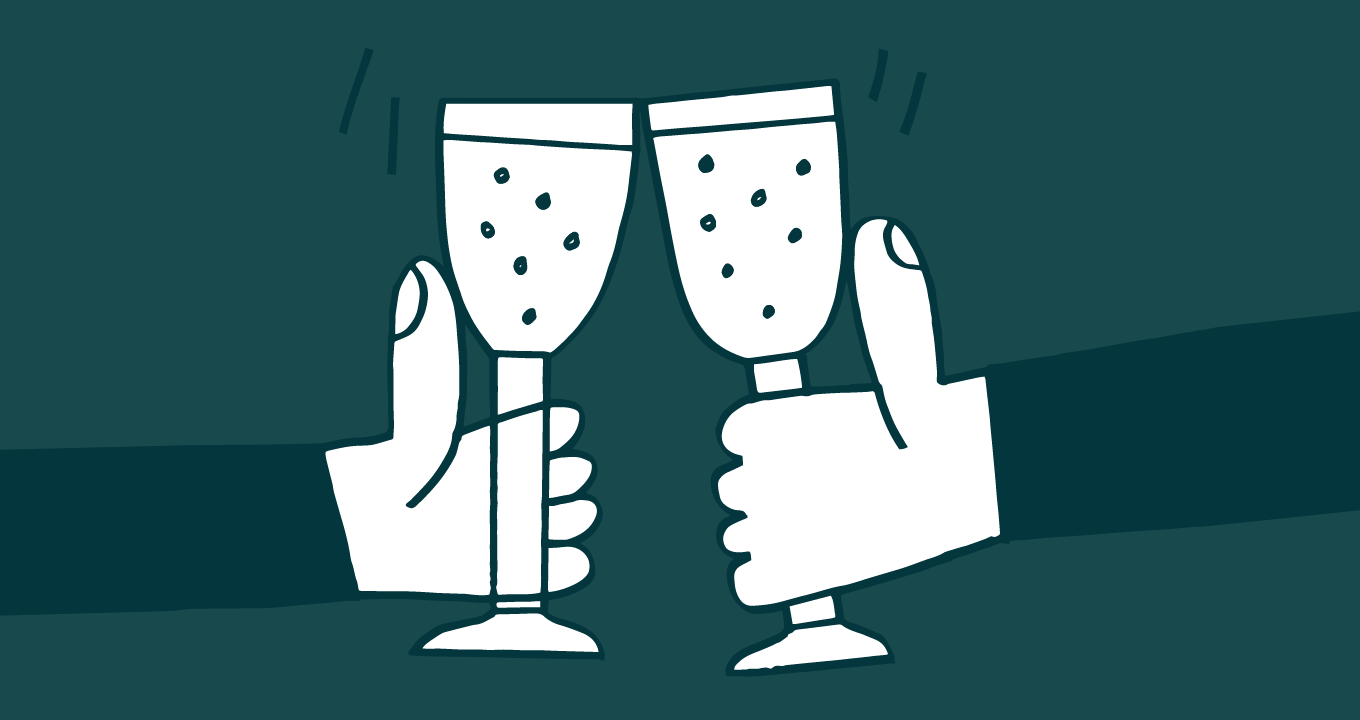 Over the past few years there’s been a ton of chatter about the transformative nature of messaging technology. From essays on the rise of conversational commerce, to think pieces on conversational design, to pronouncements about messaging apps becoming the new browsers, plenty of pixels have been filled with claims that messaging will change the digital world as we know it.

But here’s the thing. While the messaging space has gotten increasingly crowded and consumer adoption has surged, the so-called conversational revolution still feels more like a prediction than a reality. In some ways, the messaging industry has been a victim of its own success. This is a severely fragmented landscape, with global users dispersed across dozens of messaging apps, each with its own separate ecosystem.

Visiting from the future? Get the latest in chat, social messaging, and conversations
Read all about it

Conversational interfaces have proven to be challenging real estate for designers and developers, particularly when it comes to enabling complex transactions like making a purchase, completing a long survey, or booking an appointment. Within the stingy canvas of a chat window these types of tasks can be tedious for the end-user. After all, who wants to wade through an endless list of questions or chit-chat with a cutesy-named bot in order to book a flight or order a pizza?

From a business perspective, these friction-filled experiences translate to aborted conversations, poor reviews and missed revenue opportunities. We’re as bullish as anyone about the future of messaging but we’re also clear-eyed about the technical challenges that have stymied innovation. That’s why we’re thrilled to announce a new capability within Sunshine Conversations that we believe represents a giant step toward making the promise of conversational commerce into a reality.

Conversation Extensions give companies a powerful new toolkit to create custom interactive experiences that sit on top of the chat window and work across all messaging channels. Powered by standard web technologies (HTML, JavaScript and CSS), Conversation Extensions combine the intimacy and contextuality of conversational interfaces with the richness and flexibility of traditional UIs. 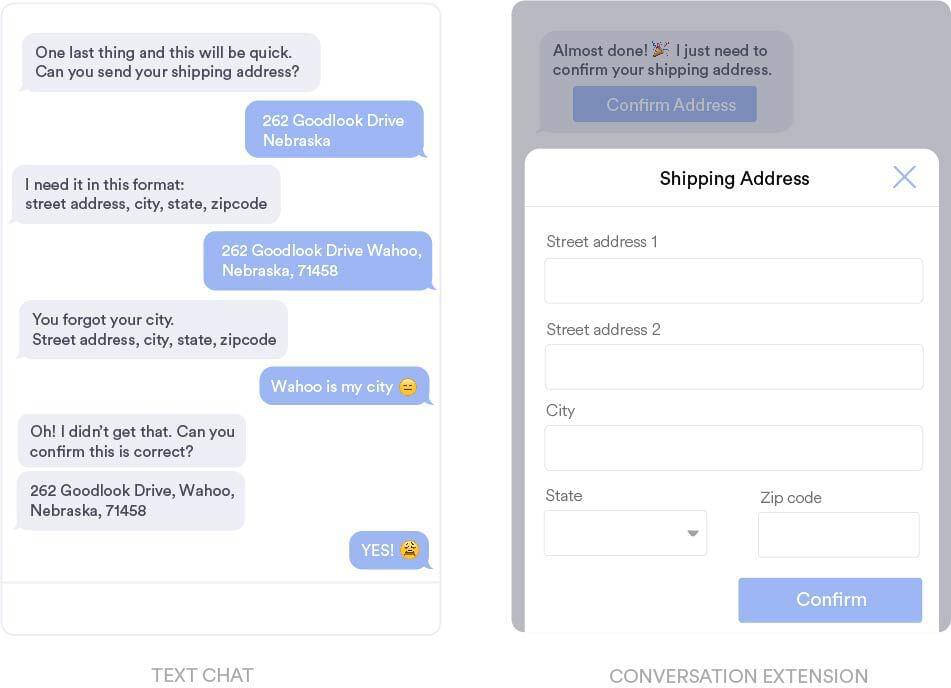 For example, using Conversation Extensions, a hotel brand can create (or repurpose) a reservation tool that allows users to make a booking without ever leaving their messaging app of choice. From selecting a room, to picking dates and paying for the reservation, Conversation Extensions allow multi-step tasks to be carried out seamlessly through an intuitive workflow, enhancing the experience for the customer and increasing revenue opportunities for the business. 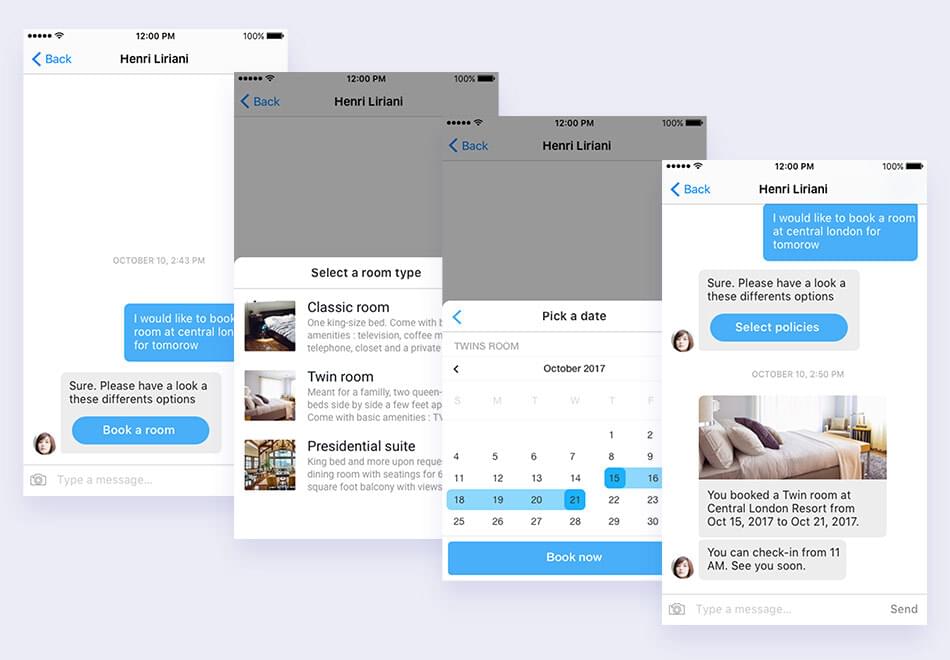 Conversation Extensions can be especially powerful for customer-centric brands and software providers. By building an NPS survey right into the conversation, for example, they can significantly improve survey response rates. Businesses can also feed the data collected through these conversations into Zendesk and then use it to tailor their customer interactions and offerings going forward. 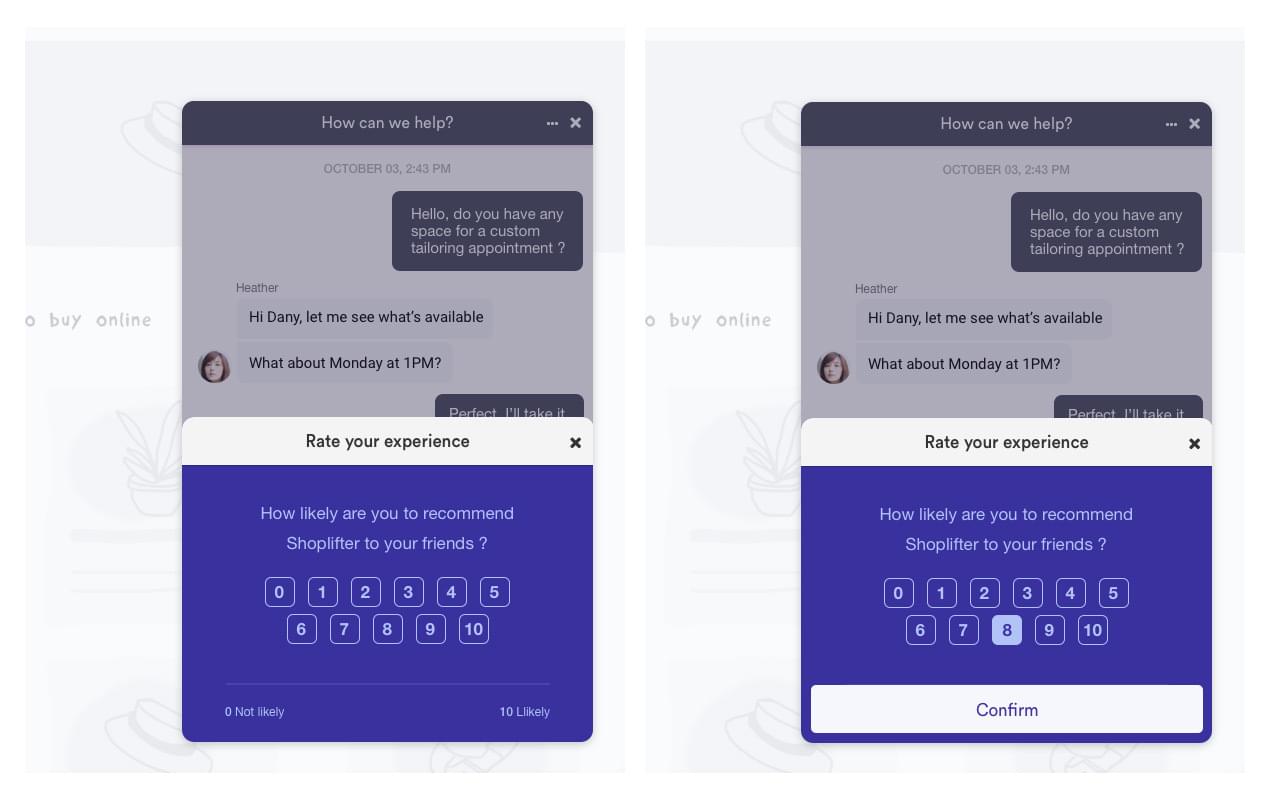 Because Conversation Extensions leverage familiar web standards, they can power an infinite variety of branded tools, apps and workflows. Developers can easily repurpose code from their websites and web apps to bring tried-and-true customer experiences and revenue streams into the conversational space.

This makes it super simple to modify and update your Conversation Extensions; design and A/B test multiple experiences for different customer segments; add analytics to track browsing behaviors, form completion rates or cart abandonments; and integrate them with the rest of your tech stack.

Unlike traditional web apps, the applications running in Conversation Extensions benefit from the context of the conversation itself. They can authenticate users, tailor offers to them based on the preferences they’ve expressed and post messages back into the conversation. More than just “an app inside a chat window,” they’re true extensions of the persistent, omnichannel conversations that Smooch makes possible.

Here are some examples of what brands can empower their customers to do from the comfort of their favorite messaging app:

Anything you’d normally put on a website or landing page can be built with Conversation Extensions, so the possibilities are limitless. We can’t wait to see what our customers create as the future of messaging finally comes into focus.