Why corporate sustainability is a mainstay in 2020 and beyond 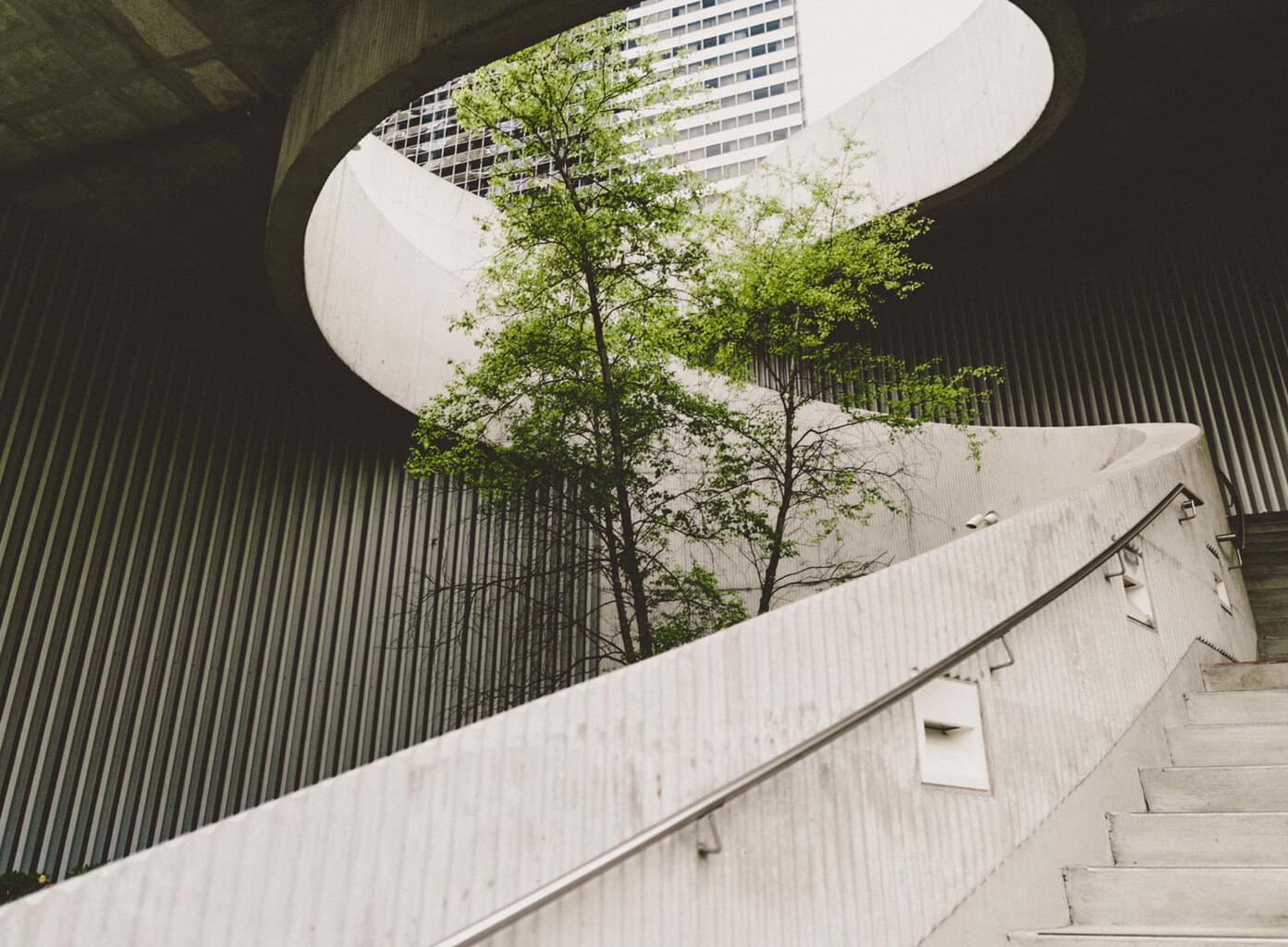 Levi Strauss & Co. introduced a line of jeans in 2019 with 31 percent hemp, and by 2025 they hope to be selling 100 percent hemp jeans. Cotton, the main ingredient of their jeans, requires nearly 10,000 liters per kilo to grow; hemp needs less than 500 liters. Cotton production also generates much higher CO2 emissions. This is all part of the company’s attempt to experiment with ways to make its jeans more sustainable, which also includes a partnership with Evernu, which reconstitutes used fabrics so they can be used again.

Similarly, Hasbro announced that it intends to phase out plastic from new product packaging, including polybags, elastic bands, shrink wrap, window sheets, and blister packs by 2022.

Hasbro has also stopped using wire ties, replacing them with plant-based bioPET, and joined TerraCycle in a toy recycling program that turns old toys into "materials to be used in the construction of play spaces, flowerpots, park benches, and other innovative uses.”

And then there’s grocery company ALDI, earning top marks from Greenpeace for reducing plastic packaging. The company announced that all packaging will be reusable, recyclable, or compostable by 2025 and that they will reduce all packaging by 15 percent.

These changes represent more than a handful of companies jumping on the sustainability bandwagon. Today, thousands of companies are working hard to reduce their carbon footprint, eliminate single-use plastics, and transform their products and services to be more sustainable. Unfortunately, thousands more are working hard to give the impression that they’re doing the same thing, without actually doing it—known as “greenwashing.”

Today, thousands of companies are working hard to reduce their carbon footprint, eliminate single-use plastics, and transform their products and services to be more sustainable.

But with transparency on the rise and more and more consumers looking into the genuine sustainability of products, it’s predicted to be a key factor in brands’ economic success in the future. A Nielsen report showed that consumers expected to spend $150 billion on sustainable CPG goods by 2021, an increase of up to $22 billion.

“There’s a business case” to embrace sustainability, said Daniel Hill, manager of the Environmental Defense Fund’s (EDF) Climate Corps. Customers want it—and so do employees. In 2019, 1,500 Amazon employees walked off the job to protest the company’s lack of response to climate change. And Hill noted many new grads prefer to work for a company with a strong environmental record, like Patagonia, LUSH, and WordPress, which voluntarily participated in a global strike for the climate. The time is now; companies that lag behind are going to be seen, Hill said, as laggards.

[Related read: Where do your customers stand on sustainable packaging?]

The path to sustainability

In the past, Hill said, the marketing department would come up with the sustainability plan. They might ballpark a figure for emissions reduction that sounded good, but may or may not make a quantifiable difference. At this point, most companies know what they need to do, though maybe not how to do it. And one of the most impactful things they can do is something customers seldom see or understand—change operations to reduce CO2 emissions.

Toward that end, hundreds of companies are committing to Science-Based Targets, in line with the Paris Agreement, that guide companies in setting carbon reduction goals to help keep the global temperature increase below 2 degrees Celsius.

Businesses must address three levels of emissions: those from energy sources actually located at or generated by the company, energy purchased by the company, and then everything else—emissions from manufacture, supply chain, distribution, air travel, farming practices, employee commuting, use and disposal of the product by customers, and so on.

But with transparency on the rise and more and more consumers looking into the genuine sustainability of products, it's predicted to be a key factor in brands' economic success in the future.

This third and expansive level of emissions, known as “Scope three,” often requires the help of sustainability experts, like fellows and new graduates from the EDF Climate Corps.

Most companies, Hill said, set a baseline against which they compare their energy reduction goals. That baseline might be set against a year for which they have numbers. Or it might be set against a year when they made an acquisition or other change. The company sets its target and each department can contribute to finding “hotspots” where emissions are high and then implement strategies to reduce them. This might include changing suppliers or collaborating with suppliers to change their practices (to reduce their carbon, switch out equipment, or changing accounting practices to include a carbon price). The right tactics depend on the company, but Hill likes the fact this process is collaborative and everyone can get involved.

Although these internal changes are harder to share with customers, Hill’s approach is to treat sustainability like an investment portfolio—companies should have a good mix of strategies, both internal and consumer-facing, to achieve true sustainability.

For some industries, like fashion, sustainability is not easily woven into the fabric. Workforce labor issues aside, many of the fabrics used are made of materials that consume tons of water and energy to produce, and are full of toxins. Moreover, a lot of clothes made don’t even sell. At the end of October, H&M’s CEO was widely quoted as saying sustainability would be bad for fast fashion and bad for socioeconomics around the world. It was a strange and controversial comment for the company’s CEO to make, especially considering that H&M had just announced a collaboration with IKEA to review chemical content in post-consumer textile recycling to increase the use of recycled materials in its clothing. And all of this on the heels of being censured by the Norwegian government for greenwashing, making claims about the sustainability of its “Conscious Collection” that weren’t accurate or authentic.

As the demand for sustainability grows and concerns about the fallout of climate change increases, companies will be faced with hard decisions around the commitments they are willing to make. Today, many people buy products because of price, convenience, or quality of service, without much concern for the environment. But there may come a tipping point where some companies mark themselves as obsolete.

As the demand for sustainability grows and concerns about the fallout of climate change increases, companies will be faced with hard decisions around the commitments they are willing to make.

Take Pizza Hut as an example. The company has been under fire for a while because its greasy pizza boxes aren’t recyclable. In late 2019, it released a new box that uses fewer materials—but if the box is greasy, it’s still not recyclable. The company says its new boxes are “industrially compostable” where available—which means you can’t put it in your own compost pile, but if your city offers industrial composting, you’re fine. It's a move that sounds good, but isn't really a solution.

Toyota, by contrast, has long had a reputation for being an environmentally friendly company, and yet in 2019 decided to side with a group trying to roll back emission standards in California. It’s a case of talking the talk but not walking the walk. Other companies create corporate responsibility statements claiming a commitment to sustainability that don’t address their biggest contributions to climate change: Scope three.

What difference will a decade make?

The companies' biggest objection was that sustainability efforts were a long-term investment with a distant payoff, in direct conflict with the KPIs and strategies tied to short-term earnings.

That’s obviously changed, since so many companies have taken on sustainability as a corporate mission. But in 2019, an organization of global leaders, the Business Roundtable, wrote a “Statement on the Purpose of a Corporation” to help companies re-define their mission in the world. As part of that statement companies agree to:

“The Business Roundtable’s message that corporations should become more stakeholder-inclusive and socially responsive is significant and timely. Regrettably, it offers no specifics on how companies should allocate resources, on whether it supports corporate investments in socially motivated initiatives that do not create long-term value, or on how to align incentive compensation with long-term value,” an article in Crain’s points out.

The problem is that there’s no how-to manual, and so we’re all grappling with sustainability a decade later, and with more urgency—needing to bake sustainability into everything we do. As Daniel Hill said, he looks forward to the day when companies won’t need a sustainability program because it’s so ingrained in how they work. For now, he said, the biggest lever corporations can pull is advocacy. “The next wave will be really standing up, having a voice, and being active in helping set federal climate policies.”

You may remember Tay, Microsoft’s infamous Twitter chatbot that unintentionally picked up on hate speech and…

Years ago, I read an article explaining that most objects that appear solid aren’t; they are,…

We all use artificial intelligence (AI) every day. I regularly ask Siri to call my mom;…