Digital transformation: hard, expensive, and worth it 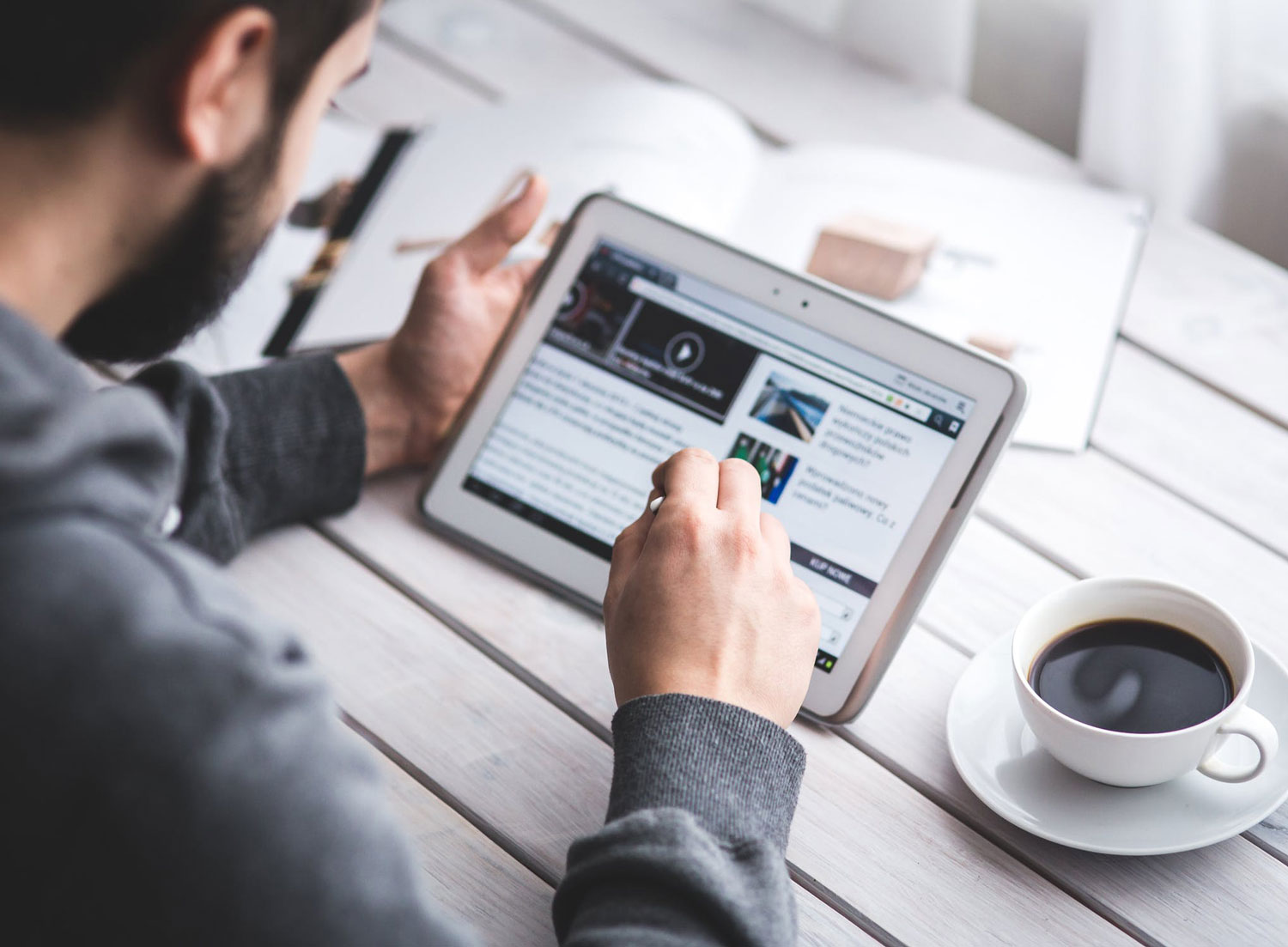 True digital transformation involves making large changes at the organizational level: reimagining the business model, re-skilling employees, and embarking on an ongoing journey of experimentation and iteration. It generally costs a fortune—McKinsey suggested a company might need to double its annual costs for five years to cover the IT alone—and is such a headache that people often talk about DX the same weary, overwhelmed way they discuss home renovations.

So why do it? Because the alternative is obsolescence. Whatever industry you’re in, there is probably someone—either a mega-competitor or a startup—that is getting ready to disrupt it. Chances are very high that the upstart will offer customers instant access to your product or service via a super simple interface, backed by 24/7 customer support. Can you say the same?

That said, digital transformation is not for the faint of heart.

A January 2019 study from Gartner, “Speed up your digital transformation“, revealed that, among senior leaders in 61 companies, 87 percent call digitalization a company priority and nearly 80 percent say it’s creating new revenue streams. And yet 76 percent of respondents had accomplished less than 50 percent of their planned transformation. Only six percent had completed more than 75 percent.

Lisa Nicholas is all too familiar with this phenomenon. “Really what has happened is that people start looking into it and say, ‘Oh, we’re talking about a $10 million investment over so many years. Is it worth it? Is having a 360-view of the customer really worth it?’”

But it absolutely is, she says. And digital transformation should be undertaken with eyes wide open in terms of what the company hopes to accomplish, and what’s required to reach the goal.

How to begin: Set the vision

Most articles on digital transformation recommend beginning with a theme—a big, hairy audacious goal (BHAG) or a moonshot—to get everyone to rally behind a project that is going to be very hard. After all, everyone in the company needs to understand that they’re changing the way they do business, not just the technology. Yet Forrester’s data seems to indicate that companies can capsize from a sense of being overwhelmed. Nicholas calls this DTP—or, Digital Transformation Paralysis.

“Tiger” Tyagarajan, CEO of Genpact, who advises enterprises on digital strategy, said “obsession with big bang change,” is one of the reasons DX gets derailed, along with “focus on cost cutting as a business driver, and failure to loop in the business.”

And digital transformation should be undertaken with eyes wide open in terms of what the company hopes to accomplish, and what’s required to reach the goal.

DX has so many moving parts, take so long, and involve so much experimentation and risk, that there’s no one strategy for doing it right. Instead, it takes many strategies, tactics, and experiments—and it requires an organization to be extremely agile. Nicholas said once a DX is underway, her team needs to have daily meetings with senior management and team leaders that can last up to three hours when necessary.

These daily scrums are a reason why the leadership team has to be not only behind the project, but driving it. They have to understand the commitment required to succeed. It’s the role of senior management to keep the process moving forward in the midst of ongoing disruption. Some employees will need to learn a new way to do their jobs, or learn to do new jobs, or wrestle new technology and that creates discomfort.

“Friction starts to occur because you’re moving people’s cheese,” Nicholas said. “It gets hard and people freak out… The CEO and EVP have to step in and say, ‘Everyone calm down. We’re doing this. It’s okay if it’s a little painful, because we’re doing this.’”

While leaders aren’t likely the ones rolling out the new processes and technology, they are in charge of keeping the business on the rails and realistically managing expectations.

Gartner recommends what it calls the “discontinuous learning” approach, in which a company runs “a broad range of initiatives that explore potential future states simultaneously…because ideation is free from the constraints of current business.”

That sounds like a giant blue-sky meeting, but Gartner offers some tactics for doing that in a practical way, such as focusing on future differentiators and creating discrete initiatives.

These daily scrums are a reason why the leadership team has to be not only behind the project, but driving it. They have to understand the commitment required to succeed.

Nicholas said most companies launch into a digital transformation for one of two reasons. One, they hope to create savings from increased efficiency. Two they hope to grow the business through faster or more prolific production. The problem with the efficiency approach is that the real savings comes from letting people go. This creates plenty of resistance, both intentional and unintentional on the part of employees. Consequently, Instead, Nicholas prefers to focus on production gains and create specific goals to be accomplished in 18-month increments.

Nicholas was hired to manage the digital transformation of Credit Union of Texas, a $1.4 billion credit union which later spun out DBS. The team decided to begin with moving paper pre-approvals online; rebuilding the website; and migrating everyone to the same CRM so they could see the same view of each member.

Each 18-month goal period was called a basecamp. Put them all together and you have a BHAG.

Breaking a large transformation project down into discrete, measurable goals over time also helps employees brace for change. As Forrester, put it:

“Digital transformation is shifting to surgical digital efforts — all because it is extraordinarily hard, expensive, and frustrating to move people from context A to context B without a customer-obsessed, digitally ready culture in place. In 2018, leaders played with the notion of large-scale cultural change. These were cultural efforts created within — and governed within — the existing siloed and political environment, which ultimately protected the status quo.”

Forrester echoed what Nicholas believes is absolutely the biggest obstacle to successful digital transformation: people don’t like change. While digital transformation sounds exciting and is good for the business, it forces people who have become experts in their jobs over the course of years to suddenly be novices again. To lose competence and deal with learning and failing, often in tandem with having a role dramatically changed, is difficult. And for some, it will all be too much.

“Some people will leave and you have to be okay with that,” Nicholas said. But it’s vitally important to put effort behind bringing employees along for the ride and provide them with training.

Many companies simply don’t have the talent in-house to build and run new systems. Every business that undergoes a digital transformation needs a team of tech experts who can connect the business goals to the right technology, at the right price. Most will need to hire an outside consulting firm or two—one for strategy, one for IT—for the duration of the project.

It’s vitally important to put effort behind bringing employees along for the ride and provide them with training.

Before anything is rolled out to the entire company, Nicholas recommends assembling a beta team to test it and, essentially, to try to break it. These are subject matter experts who are excited about the new functionality and won’t get discouraged while troubleshooting issues. If the company deploys a new technology and it doesn’t work on the first few tries—which often happens—beta teams can fix the workflows before the general population of employees uses the system and becomes frustrated. Doing everything you can to keep people upbeat, logging wins, and moving forward is key to any digital transformation’s success.

Nicholas works with senior leaders who are driving the vision, but there’s often a lot of hand-holding for employees below that level who need more time to see and understand the vision. Each organizational culture should establish the pace of change and practice some patience. But, she said, it’s all worth it: “We’ve been able to do really impossible things in the last 14 months.”