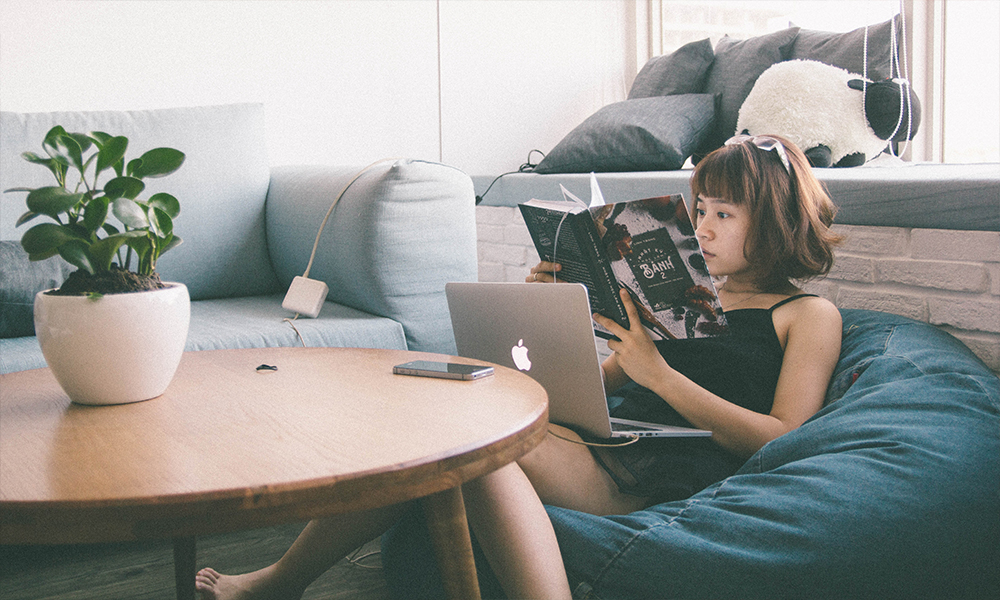 I’ve got good news for those of you experiencing Millennial Fixation Fatigue (MFF) lately: There’s a new generation—Gen Z—coming up fast, and soon it’s going to be all about them. Yes, it’s true. New kids are in town, and they make up a staggering 25 percent of the U.S. population. Haven’t yet heard of Gen Z, also known as the iGeneration, or Post-Millennials? Honestly, neither had I, which is a bit embarrassing given that my husband and I are currently in the process of raising two of them.

Generation Z refers to anyone born after 1995, making the oldest members barely out of their teens. But they’ve seen and done a lot in those two decades on this planet and marketers and social scientists are starting to take note. What defines this generation thus far? It goes without saying that their digital sophistication is off the charts given they could swipe before they could talk. They’re also confident, self-possessed, and frighteningly mature. And if you need convincing, just Google “Teen TED Talks” and take a gander.

A side-by-side comparison of Gen Y and Gen Z throws their differences into sharp relief. Each is a product of coming of age in a very different time, as a 2015 article in The New York Times explains: “Millennials, after all, were raised during the boom times and relative peace of the 1990s, only to see their sunny world dashed by the September 11 attacks and two economic crashes, in 2000 and 2008. Theirs is a story of innocence lost. Generation Z, by contrast, has had its eyes open from the beginning, coming along in the aftermath of those cataclysms in the era of the war on terror and the Great Recession.”

According to a recent study by Northeastern University, as a group, Gen Z tends to be “highly self-directed, demonstrated by a strong desire to work for themselves, study entrepreneurship, and design their own programs of study in college.” As any parent of today’s teens can tell you, they also have the attention span of a Golden Retriever (about eight seconds). And whereas Millennial teens ignored their parents with a mere three screens, Gen Z kids do it with five—a smartphone, TV, laptop, desktop, and iPod—often simultaneously.

Whereas Millennial teens ignored their parents with a mere three screens, Gen Z kids do it with five—a smartphone, TV, laptop, desktop, and iPod—often simultaneously.

And what about the fathers and mothers of these alien creatures who speak in code and rarely make eye contact? Many of them are Gen Xers, dubbed “America’s Neglected Middle Child Generation” by Pew Research Center. According to Pew, the Gen X cohort lacks the drama and distinction of Baby Boomers and Millennials. They’re smack in the middle of these two generations chronologically and politically. The original latchkey kids, Gen X adults, now in middle-age, fret about their retirement savings and are hyper aware of being the first generation to be less well-off financially than were their parents. Mindful of the now-documented dangers of helicopter parenting (just look what it did to the Millennials) they take a more hands-off approach with Gen Z kids, encouraging failure and resilience over trophies and awards.

Gen X parents have also imparted to their younger progeny a passion for making things. Aging out of Burning Man (most of them, anyway) they’ve fully embraced Maker culture, staging elaborate maker faires and enabling experimentation with blow torches and soldering irons in the garage.

More than any other generation to date, Gen Z kids are the keepers of their own brand, spending hours each day on social media. Living life online and in multiple social spaces is just what they do. Smarter about privacy than their Millennial predecessors, Gen Z favors “vanishing” media like Snapchat and Whisper and many use an alias for social media accounts.

Gen Z also appears to be more affected by world events than previous generations. A twenty-four news cycle that relentlessly pushes out information via myriad channels means these avid digital consumers have a front-row seat to the hardships and suffering of people across the globe. And this affects how these young adults think. As one fifteen-year-old I spoke with put it, “The sheer level of media consumption” on the part of her cohort is “creating a much more conscientious and aware” generation.

College looms large for Gen Z. Observers have noted that today’s youth focus at a much earlier age on their academic record, paying for college, and even whether a chosen major will set them up for career success. With soaring tuitions and incredible competition to get into college, they face formidable hurdles as they contemplate that four-year degree. How they’ll stand out on a college application is a preoccupation for students (and their parents) that starts as early as elementary school. Turns out that displaying a genuine dedication to a service or organization can be the ticket.

According to 2015 stats from the U.S. Department of Labor, teenagers (16- to 19-year-olds) have a relatively high volunteer rate, at 26.4 percent. But it’s increasingly clear that the motivation behind the numbers is shifting. A freshman at Stanford whom I interviewed zeroed in on factors behind this generation’s interest in and willingness to serve: “Currently, teens are motivated to volunteer due to a combination of wanting to assist their local communities and hoping to improve their college application. Many students I know volunteered throughout high school in programs that emphasized their passions. Personally, I was extremely interested in environmental science, but also the rise in social media. I was able to merge these two passions by volunteering for an organization that uses social media to combat and bring awareness to the litter epidemic. That being said, throughout all of these experiences, I also thought about how volunteering would look on my college apps. It is not that students/teens choose to only volunteer for college applications, but rather that students/teens pick and choose which organizations they would want to volunteer for based on its potential impact on [college] apps.”

If college is one reason Gen Z seeks out volunteering opportunities, social media status is another. Much like companies these days that showcase socially responsible practices as a means of enhancing their brand, teens turn to volunteering to increase their “likes” on social media.

A friend with three boys in middle and high school has observed this trend in her community. In the past few years, teen interest in formal volunteer groups has soared, with one organization growing from one to five chapters in just a few years. What started as a few committed parents pushing their children to serve others has ended up being a kind of “status thing.” In her view, the transformation makes perfect sense given where today’s teens are coming from. “If you’re going to have something to share—in a college essay or on Instagram—you have to go out and actually do something first.”

“If you’re going to have something to share—in a college essay or on Instagram—you have to go out and actually do something first.”

There isn’t a ton of good data yet around Gen Z and service. Barely out from under their parents’ roofs, it may be a few more years before meaningful trends emerge. Research by Campus Intelligence, notes that this generation represents a shifting relationship to service and volunteering, with more young people focused on solving a problem than serving a need. “They don’t see serving their communities as an event outside of their other life experiences. They plan to work in careers that positively impact the world. With their interest in invention and social entrepreneurship as a way to contribute to addressing social issues, serving the community and going to work are likely going to be one in the same.”

The experience of one high school senior I spoke with reinforced this idea. During a trip to Mexico for a church service mission, he witnessed homes devastated by a hurricane. That trip was instrumental in shaping his career goal (explained in full on his college applications) to use his engineering skills to design “cost-effective, sturdy housing that can withstand natural disasters in third world countries.”

I came away from my deep dive into Generation Z with a great deal of admiration for this cohort, and I’ll admit, a bit of envy. I also found myself feeling sorry for Millennials. These new kids are so impressive, so realistic, and so confident. They’re making smart, pragmatic choices—about drugs, about sex, about media, and about preparing for the future. It gives me great hope—and this is a feeling that’s been in short supply of late—to think of this multicultural, multiracial, tolerant, and entrepreneurial generation coming of age, determined to make an impact.

With an innate understanding of powerful technological tools, a wealth of hands-on experience by a young age and a fierce drive to be seen and heard, Gen Z appears poised to have a positive and lasting influence on the world.

I, for one, can’t wait to watch them fly.