Navigating the bumpy road to a seamless customer experience 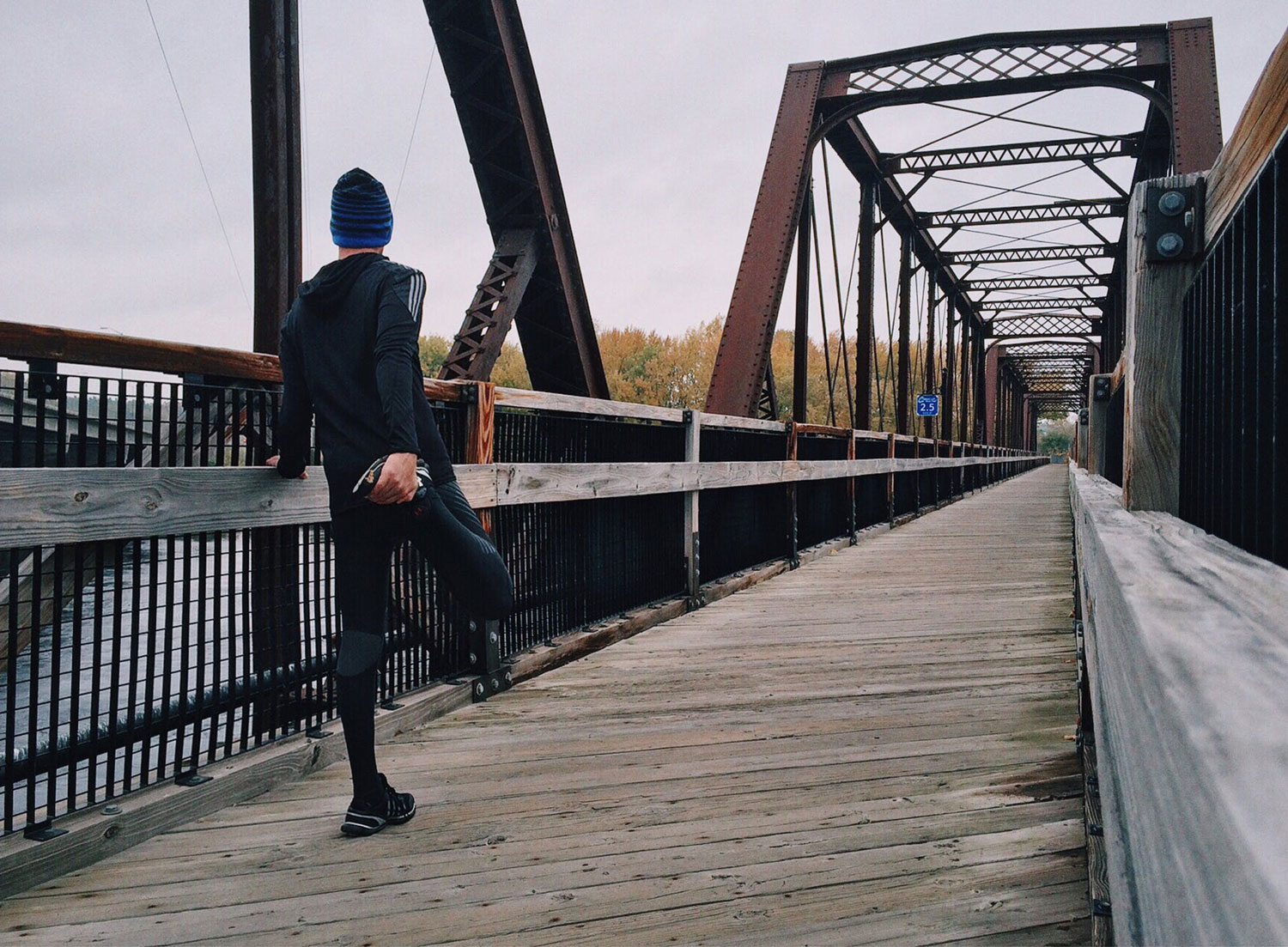 People talk and write all the time about seamless customer experiences. What they don’t so often admit, however, is that no one has figured out how to achieve it. Sure, we’re getting closer with apps, AI, and multichannel customer communication. But there are always seams. And the closer to seamless your overall customer experience is, the more glaring any remaining seams will be—like speed bumps in the middle of a highway.

Jennifer Wise, a principal analyst for Forrester, provided an example of this in her podcast late last year. As a Mosaic member of JetBlue airlines, Wise is entitled to expedited security and boarding, extra seating space, complimentary drinks, free changes to booked flights, and a dedicated line for customer service. But when she tries to access that customer service line through the JetBlue app—which only Mosaic members can do—it asks for her 10-digit customer number. Even though she has logged in, and her phone number is linked to her account, she has to flip back and forth between her account information and the phone call to type in the number and get access to a representative.

That is a seam.

And the closer to seamless your overall customer experience is, the more glaring any remaining seams will be – like speed bumps in the middle of a highway.

“No amount of puffery around a customer journey, in all its seamless glory, can make up for the ensuing hiccup when the soft pink squidgy thing called Dave can’t even get round to answering an email,” he wrote.

Seams are everywhere. So what’s an organization to do?

[Read also: Going behind the scenes of great customer experiences]

Not seamless but harmonic

A 2014 piece by the Economist Intelligence Unit reported than 36 percent of executives surveyed considered silos within their organization as the biggest obstacle to seamless customer service. A fourth of respondents cited lack of senior management vision. A big problem was that customers see the company as one entity—the brick-and-mortar retail store, the customer service agent on Twitter, and the app—whereas companies see these channels as various divisions.

In the past, she said, the stores, online commerce, and social media operations each had their own KPIs, but now everything has to be one KPI: lifetime customer value. And the first step toward increasing that one KPI is often a cultural/behavioral change, which is the hardest thing to do. There can’t be fiefdoms where store associates are reluctant to see if a product is available online because they’re afraid they’ll lose commission or credit for the sale, for example. Everyone has to be focused on giving the customers what they need in the way that best suits each customer’s life.

A big problem was that customers see the company as one entity, whereas companies see these channels as various divisions.

Too often, she said, companies will focus on one problem, such as poor website traffic, without seeing how it fits in the larger picture. The answer, for example, might be to open a brick-and-mortar store. Nordstrom and Target are both opening small-format stores in urban areas that enable shoppers to order what they need from their phones—in several sizes if necessary—to be delivered to a store in their neighborhood.

“You swing by when it’s convenient for you, and whatever you don’t keep, you just leave it behind,” Campbell said. “You don’t have to drive it around in your trunk for three weeks.” Plus, customers can either be asked to pay for items when they get to the store or be instantly refunded for items they don’t keep, if retailers choose.

Campbell pointed out that this benefits retailers as well, because there is less risk of an item being damaged, or returned after the season passes. She and others believe this click-and-collect model is the future of retail.

“It’s not seamless,” she said. “Seamless is a myth. There will always be seams. But it is harmonic.”

[Read also: Radio silence: Why failing to respond will cost you credibility]

We have the technology—sort of

Technology is what makes the dream of seamlessness possible. Thanks to apps and robots, customers theoretically can connect with any company, at any point, via any channel. But it doesn’t always work that way. Tools can fight with each other. Or they can demand that agents function like octopuses, managing a bunch of tools for one simple interaction.

Those are seams. Companies need to employ, or partner with, tech experts who can bridge the gaps. Zendesk, for example, helps companies become omnichannel, so that customers can get fast service via phone, email, texting, social media, and in-person connections. But customers easily bounce between these channels. Consider when there’s a debate about whether a meeting should take place on Zoom, Skype, Facetime, Google Hangouts, or one of the many, many other options.

Too often, she said, companies will focus on one problem, such as poor website traffic, without seeing how it fits in the larger picture.

That’s why Zendesk recently bought the company Smooch, giving customer service agents a dashboard of all conversations on all devices so that the agent can reply according to the channel choice of the customer, rather than forcing customers to move to a channel more convenient for the company. That’s closing the seam.

And frequently, companies just need to walk the customer journey to find these gaps. Forrester’s Wise described a Staples app for ordering supplies with voice commands. It turns out the app works fine when you’re in your company’s supply room, which is probably where you’ll use it. But it doesn’t handle ambient noise well. So if you suddenly remember at the airport that you need envelopes, you may have trouble.

The Starbucks app that lets customers order before they get to the store seems like a great idea too. But when Wise stood in line while a dozen other people who had ordered ahead walked in and were served before her, it didn’t enhance her customer experience, to say the least.

Technology also still fails people of color, older people who are not comfortable with new technology, and people of differing physical abilities. Each of these customers has a journey that needs addressing as well.

And that’s the other problem with seamless experiences: Humans really aren’t designed for them. Wise talked about the real estate company Redfin that lets would-be home buyers shop for homes on an app, speak to an agent, schedule a showing, and even put in a bid, all at one sitting. But, she noted, that’s not how she’s likely to shop for and buy a house. She would look at homes on the way to work on the bus; forget about the pursuit during work; and then, even if she found a house, she would have to check the calendar on her laptop before she could schedule a showing.

The app removes the seams of multiple gatekeepers and disconnected transactions, but it can’t solve for the fact that humans do things in their own unique ways. Harbor Retail’s Campbell believes, for example, that virtual reality is not a good option for retail, because humans like connection with other humans, despite the fact that they often prefer to order things online rather than shop in a store.

And that’s the other problem with seamless experiences: Humans really aren’t designed for them.

No matter how long or hard you work to design an experience, Wise said, “as humans we sense, perceive, think, and process in very specific ways that are ingrained within us. We create mental shortcuts to decide where our attention should go.”

[Read also: How to change the way you deal with change]

And then there are the failings of customer service agents who might not respond perfectly to every customer contact. And the failings of humans in companies that consistently have to change their behavior to meet the needs of an evolving customer base.

For Campbell, the point is understanding how things have changed and putting the focus where it needs to be.

“I’m so over the word delight,” she laughed. “I can’t walk around delighted all day long.” Instead, she said, companies need to understand that money is hard to come by, value is important, and customer service means something different from what it used to mean.

“It’s time,” she said. “It’s preserving your energy, feeling good about what you’re doing. It’s a craft store that offers to recycle your craft stuff when you don’t need it anymore so you don’t have to feel bad about throwing it away. It’s knowing the staff are going to be knowledgeable about a product. Customers want their time back. They want something that does not require a lot of effort and gyration to achieve.”

Seamless may be impossible. But the real key seems to be the old Golden Rule. Create an experience you’d want to have yourself. That’s a good start.