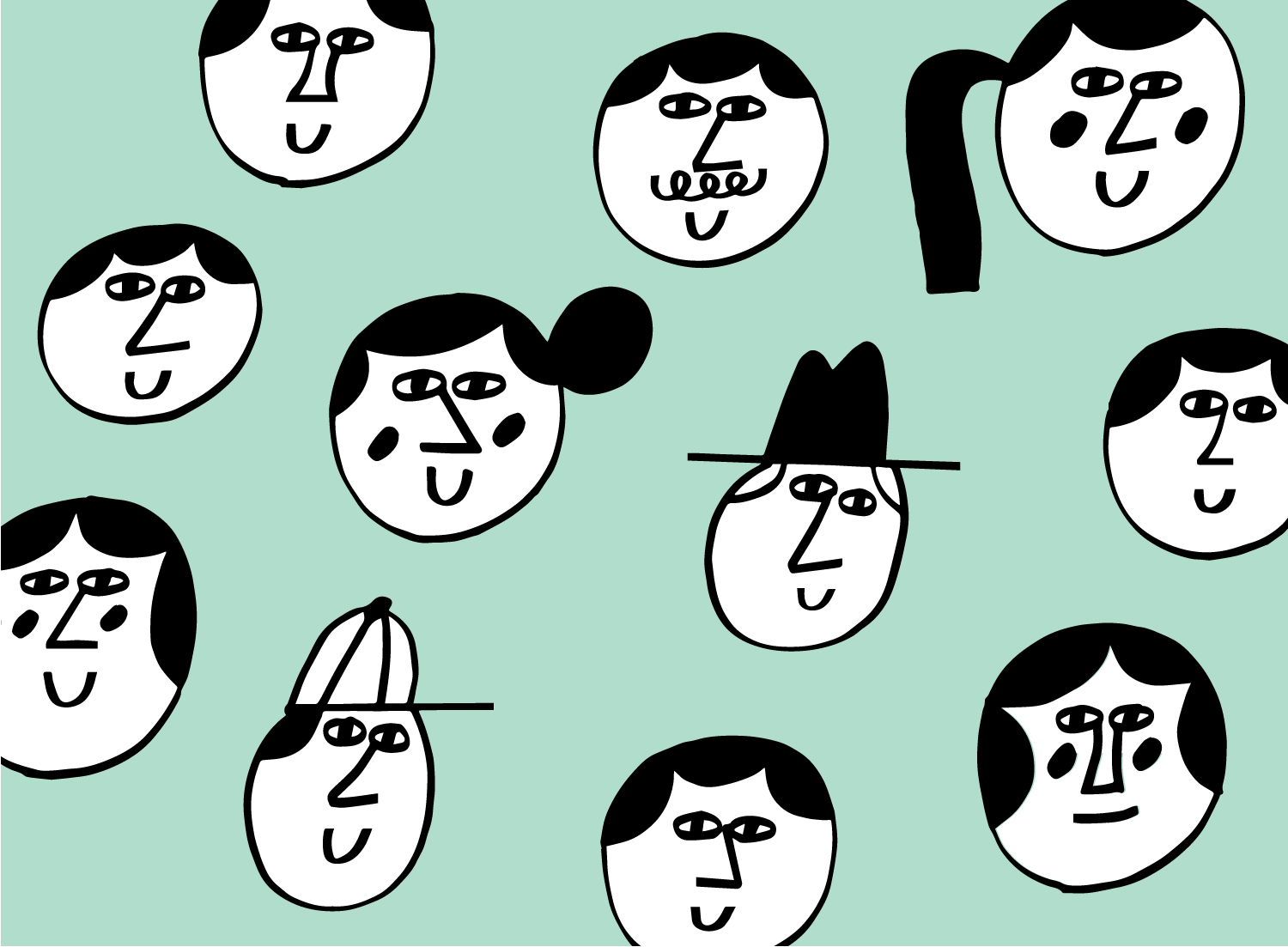 If you haven’t yet seen Sorry to Bother You, it artistically and absurdly illustrates the very real tendency toward accent neutralization in sales and support calls, a move that aims to keep prejudices at bay but perhaps only adds to the issue. I’ll fast-forward to the nugget I want to use instead of telling you the whole story. Our hero, Cassius Green (played by Lakeith Stanfield), is working in a call center and not having much luck selling the product. Then, an older Black gentleman (played by Danny Glover) leans in to offer advice. He whispers, “Use your white voice.” Cassius is understandably confused at first, but then—he gets it. He switches into a middle-America accent infused with just a bit too much sunshine and rainbows, which is actually a voiceover by comedian David Cross. Suddenly, Cassius is making a ton of sales and is escorted upstairs, where the “power callers” work.

The film hits the viewer over the head with the obvious allusion to racial inequality in the United States. And it’s undeniably true that when you talk to someone on the phone, you can interpret a lot about them based on their tone, accent or dialect. It’s information that feeds your brain, whether or not you notice, and begins to trigger judgement and bias. But, like anything taken at face—or voice—value, this can effect and harm the interaction.

A look back: How did we get here?

In the introduction to this article, I struggled to describe David Cross’ voiceover. Why? My own bias came through loud and clear. I started with “unaccented” and switched to “clean.” Whoa—I may be from Texas, but my accent is midwestern, so to me Cross sounds “unaccented” even though it’s still an accent. I share this to show how deeply rooted our assumptions are when we hear someone’s voice and accent, how quickly we jump to a conclusion based on so little information.

Helplines and call centers have been around for decades. Jonty Pearce, founder of the online publication Call Centre Helper, dates the invention of the call center back to 1965. The iteration we know today is a little bit different, though. As labor costs rose in the United States, companies realized they could move their phone banks overseas and reduce costs by hiring foreign labor. What they didn’t think through was the issue of accents. Just because someone speaks English doesn’t mean everyone will be able to understand them over a garbled phone line. Even today, with premium AirPods.

When you talk to someone on the phone, you can interpret a lot about them based on their tone, accent or dialect. It’s information that feeds your brain, whether or not you notice, and begins to trigger judgement and bias.

Herein lies the rub: while the cost of foreign labor is generally more cost-effective for businesses, customers haven’t always given glowing reviews. Customers in the United States, particularly, found it difficult to understand agents who spoke English with a thick accent. So, what did businesses do? Provide accent neutralization training.

A study conducted by Zendesk back in 2011 found that call center customer satisfaction dropped from 79 percent to 58 percent when the call center moved outside the U.S. The study also found that representatives at U.S. call centers were rated higher for ease of understanding, overall satisfaction, courteousness, and interest in solving the issue.

It’s not that U.S. representatives are actually nicer and more interested in solving customer problems. The drop in customer ratings, at least in my view, likely had little to do with the agents and everything to do with the barrier that an accent can create when it’s truly difficult to understand the other party.

Some companies began to question whether the savings were sizeable enough and worth customer dissatisfaction. This has lead some companies to move their call centers back to the U.S. In 2010, 35 percent of call center contacts had an onshore presence, which rose to 53 percent by 2015.

This topic is a minefield riddled with complicated questions and potentially no right answer. But, when it comes to call centers, employees have historically been trained to speak with midwestern American or British accents. Increasingly, however, there’s been a move toward a truly “neutral” English accent. Globalization has led to a need for globalized, regionless speech. What this means for overseas call center employees, however, is that they are often trained to lose the nuances and pronunciation of their native language.

Selecting the “right” accent isn’t an issue limited to companies outsourcing to India and the Philippines. In the UK, Scotland has become a hub for customer service. It was reported in 2017 that there were over 400 contact centers employing 108,000 Scots. To be sure, the Scottish accent doesn’t have a reputation for being easy to understand, but in the UK, companies realized it was important that call center employees understand regional colloquialisms and have the ability to build rapport. The “right” accent in that region, as it turned out, wasn’t neutral but Scottish—an accent perceived to be “neither haughty nor detached.”

Globalization has led to a need for globalized, regionless speech. What this means for overseas call center employees, however, is that they are often trained to lose the nuances and pronunciation of their native language.

The other issue is that the “right” accent is a moving target. As populations change, the ability to create good customer connections may change, too. The number of Spanish-speaking Americans, for example, is steadily rising and it’s possible that by 2050, the U.S. will have more Spanish speakers than any other country.

So, what is the right accent? Well. . . that’s dependent upon a lot of different factors. The best companies can do is train call center agents to be nimble in their communication, ready to listen, respond to customer frustrations with empathy, and comfortable hearing multiple accents.

[Read also: Want customers to trust you? Trust your agents to make them happy]

As the customer, we want to understand the person helping us. When we don’t, it causes frustration. But what about the other side of this conversation? As customers, are we really that easy to understand?

Nope, we’re not. Call centers have also found that training employees in accent neutralization is beneficial in another way: it helps employees to better comprehend customers. SPi Global, one of the largest business process outsourcing companies in the Philippines, exposes employees to 35 unique English accents to prepare them to deal with a wide-range of customers. After all, customers from California, New York, and Louisiana are likely to sound very different from one another.

Accents are powerful identifiers—perhaps more than we even knew. A study out of Friedrich Schiller University Jena in Germany found that accents create an in-group and an out-group. “The accent is much more important than the way a person looks,” said Dr. Tamara Rakic with respect to how we judge people and socially identify. In the study, “participants oriented themselves nearly exclusively on the spoken accent while categorizing people.”

This has far-reaching implications. I tease my Texas-born life partner because he only uses his Texas accent when he needs help. When he calls a help desk with a question or asks for something from a waiter, here comes the Southern accent, which he (I guess) perceives as more polite and friendly. And then, it’s gone.

When he calls a help desk with a question or asks for something from a waiter, here comes the Southern accent, which he (I guess) perceives as more polite and friendly. And then, it’s gone.

Your accent is powerful. As businesses know, accents can affect the bottom line, but at large, the way we speak can either be an equalizer or divisive and a sign of privilege. For children who grow up speaking African-American English (AAE), those who learn to code-switch at a young age are more successful in school than those who don’t. By fourth grade, those who code-switch score a full academic year ahead in reading than their non-switching peers. Children who come to school speaking AAE are often silenced in the classroom and have their grammar corrected, even when they give the right answer. How do you think that translates into adulthood and overall education?

Be tolerant and question your biases

When talking about accents, we’re tackling issues that are a lot bigger than how we each pronounce a word. And while the concept of unconscious bias may be familiar, it’s tough to identify and recognize your own as they appear. To that end, we must strive to become aware of the surface-level judgements we unconsciously make and take action to counteract those reactions, instead of blindly acting upon them.

Tolerance means not judging a person by their accent. Our accents are part of who we are, but they don’t define us. So the next time you call a support center, remember that the person on the other end of the line is a human, too—ready to help.