The bright future of generalists in the workplace 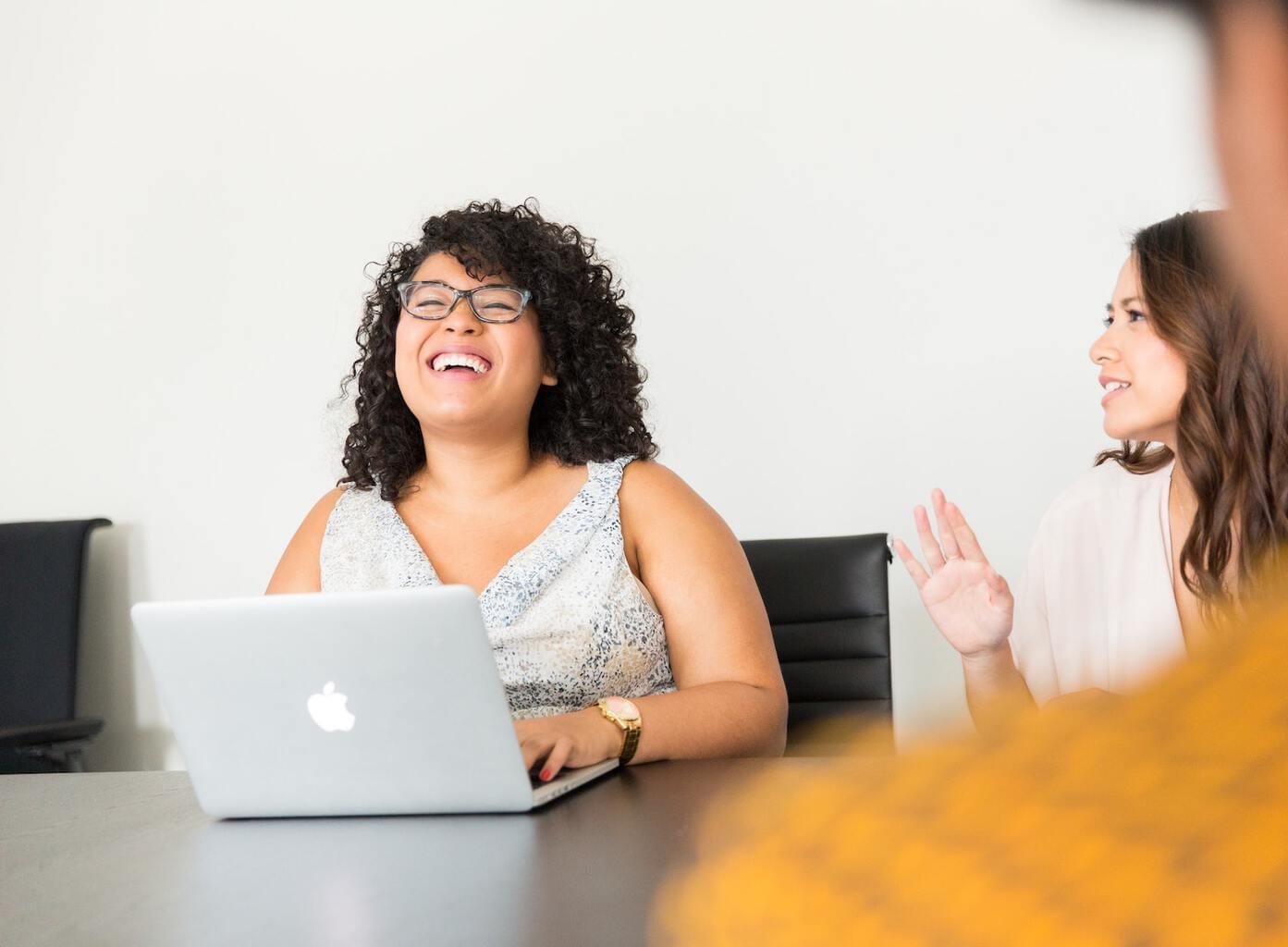 How people think, in terms of how we use our brains, has changed a lot in recent decades. The internet has blown wide open the available information and choices we have, paralyzing many of us with endless options, but also providing guides—experts who will tell us which of these millions of options is best. And because everything in this new world is quantified, we do believe there is a “best” option for everything out there. Yet unless we are the expert, we can’t possibly discover that “best” option on our own, and so we outsource our thinking, our choices, and, in a lot of ways, our lives.

In his book THINK FOR YOURSELF: Restoring Common Sense In An Age Of Experts And Artificial Intelligence, Vikram Mansharamani tackles this issue through the lens of his own experience as a generalist who was always told by experts that he needed to specialize in something. As an undergraduate at Yale, he wanted to pursue two degrees simultaneously: East Asian Studies was one; ethics, politics, and economics was the other. He was told he couldn’t do both.

“They said, ‘If you want to do ethics, politics, and economics, you can do it with Chinese language…” he told me in an interview. Or, he could combine his desire to study China with economics. But Mansharamani petitioned and was granted permission to do it his way. He followed those degrees with a master’s in international security studies before going on to get a PhD studying technological innovation and entrepreneurship in the gaming industry.

In 2012, Mansharamani wrote an article in the Harvard Business Review called “All Hail the Generalist.” The blowback was intense. Contemporary wisdom dictated that one could only succeed by mastering a niche as a competitive advantage. Employers were looking for specialists who could be plugged in to a specific role and perform instantly. People who dabbled in a variety of skill and knowledge areas were considered strays, more or less—lost souls following a will-o’-the-wisp off the path and into the bogs.

But in an age of constant disruption, many specialty areas have become obsolete. Perpetual change created complex problems to be solved, surrounded by a lot of uncertainty around what the outcomes would be, or what the future would hold. Success depends on the ability to adapt and innovate, which requires the skill of synthesizing new solutions ideas from disparate disciplines and knowledge areas. In other words, success depends on generalists.

Thinking for yourself at work

Yet it isn’t a given that every workplace values the generalist, even now. The fight for skills-based education versus a liberal arts education argues that the former is a more efficient track into a well-paid job, whereas many liberal arts graduates carry large student debt without a clear track into a job. Presumably, though, the generalist can incorporate every education and work experience into a body of knowledge from which they can draw and pivot to do a variety of different jobs. A skills-based hire, by contrast, can go from being skilled to unskilled the moment someone automates that role. To be employable again, that hire must be reskilled, and this need to perpetually start from scratch takes a psychological toll.

He prefers the model of companies like General Electric, which moved employees around the company regularly as part of a management strategy.

“You might start out in aircraft engine operations and then be moved to financial services, and then to marketing…. It was discombobulating but that was the point, to help you become broader and wider,” Mansharamani said. “These great Fortune 500 companies, when they needed a CEO, they went to look in the senior ranks,” because there they would find someone who understood the company thoroughly from many angles.

Of course, that puts the responsibility for retraining employees and giving them time to get up to speed on the company. And many companies don’t feel like they have the time or resources to do that.

But since many employees greatly value companies that help them grow and add skills, those companies that do make the investment are likely to reduce costly turnover and protect their institutional knowledge. They also might wind up with people who can innovate new products or processes because they know the company thoroughly.

Think for Yourself is written more for the individual than the company. Full of stories, it explains how people who may have been unwittingly outsourcing their thinking can reclaim it.

If someone tells you to do something in a certain way, ask yourself: “What would happen if I didn’t?” Think the task or problem through for yourself rather than just accepting a directive. Sometimes you’ll wind up spending a lot more time to arrive at the exact same recommendation from the expert—but not always. And in the meantime you’ll build your ability to think autonomously rather than just obey.

Mansharamani has an alarming number of stories about people who walked headfirst into errors rather than disobey an “expert,” even if that expert was the GPS on their phone. That includes research subjects given fake voltage control dials they believed were attached to the bodies of people in another room who “upped that voltage” to dangerous levels because the person running the experiment told them to; and bus drivers who got into accidents by using roads they knew to have inadequate clearance because their GPS told them to. Mansharamani also shared stories about people who didn’t walk mindlessly forward, but instead asked “What if…?” and solved problems that no one else had been able to solve. Imagining possible futures and embracing ambiguity teaches you to think through things.

Collecting information from outside your box

People need to read things that have nothing to do with their normal lives, Mansharamani said. When teaching a class of engineers at Harvard, he assigned them novels to read. The students were perplexed, but he was trying to remove potential blinders in their industry by having them read fiction. A person who is a doctor should read about marketing; a customer service agent should read about ancient history, deep-sea creatures or stock trading. Whatever it is, just expose yourself to new ideas. One way to do this is to buy physical newspapers and read through the pages as an alternative to digitally clicking only on articles that interest you.

If you disagree with something, be it a political viewpoint, a popular kind of diet, an economic stance, deliberately find ways to learn about this opposing view. You have to build your native curiosity.

“There’s a functional purpose for being broader and wider,” he said. “You need to make decisions in the face of broad uncertainty. Every perspective is limited, is biased, is incomplete. You can triangulate your thinking through multiple perspectives,” Mansharamani said.

[Related read: Strategies for leading others through continual change at work]

Mansharamani hearkened to a famous graduation speech novelist David Foster Wallace gave in 2005 in which an old fish said to two young fish: “Morning boys, how’s the water?” and when the old fish passed, one young fish said to the other “What the hell is water?”

We live in assumptions about how things are without even realizing it. What we think and feel about things probably seems correct, even obvious, because of where we came from; but it would be nonsense to someone who grew up in a different paradigm. To think for yourself, you may not reject what you believe, but you need to at least understand why you believe it—and that it may be shaped by your experience rather than as an objective reality.

It’s easy to get distracted these days. Easy to be led into the bog by the will-o’-the-wisp. The way to stay moving toward your goal—even when you explore different arenas as a generalist, even as you pivot—is to have a mission. The next job, the next move, the next customer you’re serving isn’t the goal—there’s a higher mission and each of those pieces simply play into that mission. It’s a matter of looking at first principles: What is it you’re actually trying to accomplish, and what do you really need to get there? The experts might say that you need things that are more appropriate for their vision of where you’re going than for your own.

We live in a world where one’s social media peers, review sites, and medical advice sites tell us what to think. It’s fine, Mansharmani said, to keep these experts “on tap.” The important thing is to remember that we each have the ability to think through things without them. Many issues are more complex and nuanced than current political messaging would imply. People turn to broad platitudes because sifting through nuance is work. On the other hand, having the ability to think for yourself—or to employ a workforce who can—is worth working for.