Why some retailers aren’t affected by the Amazon Effect 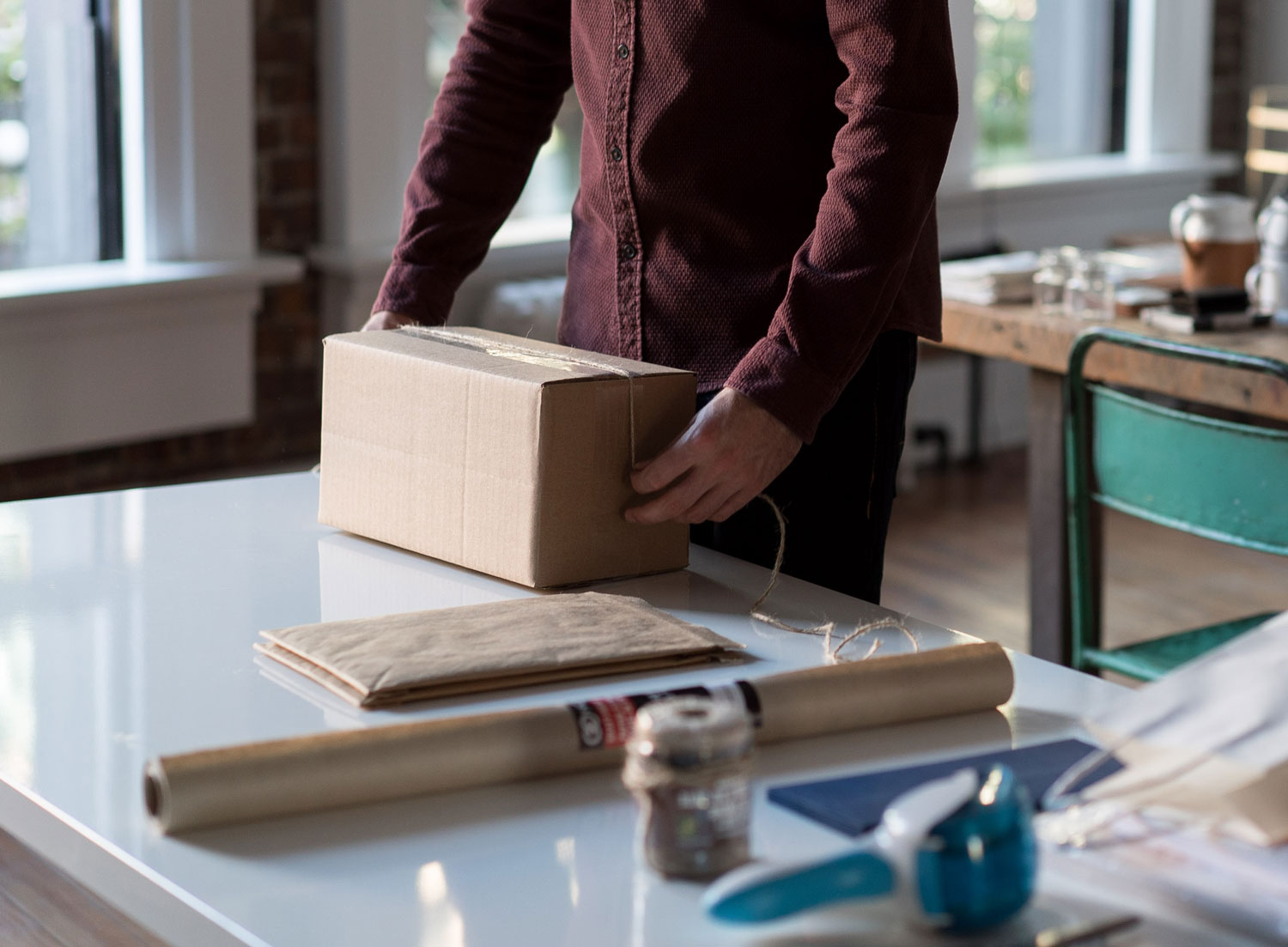 Austin-based startup Beardbrand didn’t plan to not sell on Amazon. In fact, James Wilson, a growth marketing manager for Beardbrand who previously worked at the monolithic retailer, said his company was actively looking to hire someone to manage its Amazon sales. In the past, Beardbrand had sold its premium men’s grooming products to a wholesaler who resold them on Amazon. When that relationship ended, the company spent three months looking for someone to manage the role in-house. But when the team looked at the numbers during a scheduled strategy meeting, they made a different call.

“We’d had double-digit growth that year without selling on Amazon,” Wilson explained. Brandbeard decided to stop hunting for an Amazon manager and reallocate the resources toward supporting its core business instead. At first, Wilson said, it came as a big surprise.

“We’d had double-digit growth that year without selling on Amazon.”
James Wilson, Beardbrand

“I thought every retailer had to be on Amazon,” Wilson said. “But there’s a new wave of brands coming through now that are re-creating that Main Street premium experience that existed before Amazon shuttered so many physical stores.”

[Read also: Not all great customer experiences are convenient]

Taking on the giant

Amazon is a juggernaut. It has roughly 50 percent of all online sales in the United States, with $11 billion in profits in 2018 and no taxes. It has a virtual assistant in 100 million homes, collecting data all day for its overlord. With an algorithm constantly monitoring what millions of people buy, it has created and launched its own private brands in several categories. It has a media-streaming company; a chain of popular grocery stores; an unparalleled distribution system; and enough money to buy, innovate, experiment, and push ecommerce to a place few companies can compete with. Amazon is perpetually changing the landscape of retail and has forced the industry to try to keep up. This phenomenon is known as the Amazon Effect.

Amazon is perpetually changing the landscape of retail and has forced the industry to try to keep up. This phenomenon is known as the Amazon Effect.

The Amazon Effect makes it seem crazy to ask customers to wait days or weeks for a product they bought when they could get it from Amazon in hours. The Amazon Effect pushes dynamic pricing—pricing that could change within minutes depending on current demand, such as with airline tickets. And it accustoms customers to being able to get everything they want in one shopping trip—from fresh fruit to shower curtains, diamond rings to car parts.

Any retailer that wants to sell its wares on Amazon has the option to do so, but there are risks. The company takes as much as 20 percent; it can kick you off the platform after you’ve built your presence and you won’t always know why; other companies can create knockoffs of your product; Amazon is in total control of the relationship and clearly can use your products to determine which products of its own to create.

Beardbrand, being a startup, ran out of product at one point when its products were being sold on Amazon. Wilson said his company sent notes to customers explaining the situation and promising they would get the product to them within a particular time window. Customers accepted this with grace. Amazon, though, was not happy.

“But there’s a new wave of brands coming through now that are re-creating that Main Street premium experience that existed before Amazon shuttered so many physical stores.”
James Wilson, Beardbrand

“You live with a degree of fear that your account could be suspended. That creates a ton of risk to the business,” said Wilson. “We didn’t feel comfortable building out a wing of the business where we could be delisted at any time. We want a partner, not this top-down relationship that’s not equal.”

Beardbrand is not the only company having that experience. Amazon has had a policy, which it recently began to enforce, of stopping people from reselling items through third parties. It wants to be the wholesaler, with total control over the customer experience and other factors.

What many retailers are finding, though, is that Amazon has some weaknesses, particularly in customer experience, that might make going it alone, outside of the platform, more profitable. 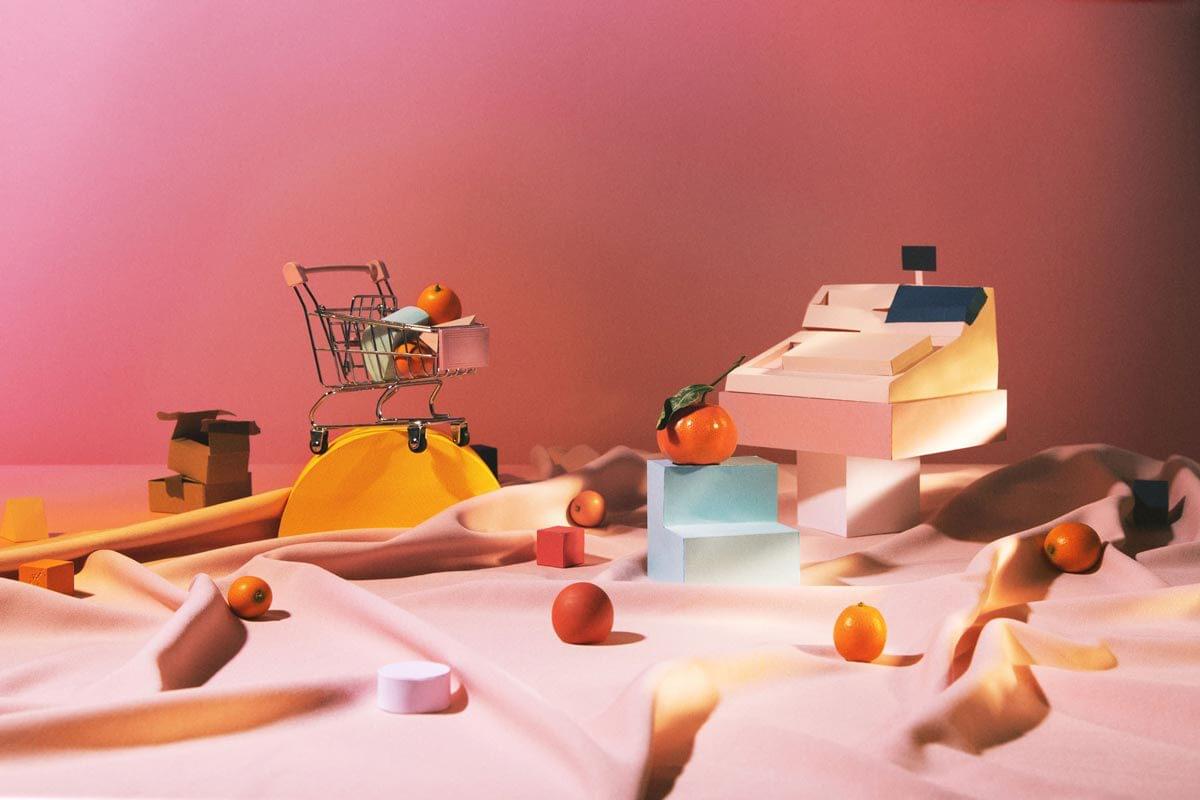 Beardbrand may not always be able to ship products out immediately, Wilson said. But the company has created a premium experience to go with its premium products. Customers who arrive at the site, for example, first take a quiz to discover what kind of beard would work best for them.

“That’s where the journey begins,” Wilson said. “Then we have product recommendations for what’s best for your beard, or you can go to any of the product pages. We designed it from the ground up to be informative and appealing.”

What many retailers are finding, though, is that Amazon has some weaknesses, particularly in customer experience, that might make going it alone, outside of the platform, more profitable.

The company is conscientious about communicating with the customer after an order is placed. Each order offers a “custom unboxing experience” with a thank-you kit, postcards, a premium booklet, and a substantial free sample.

By not going through Amazon, Wilson said, Beardbrand can interact with customers in a way that feels on-brand for the company.

Other retailers have said the same. On Amazon, the offering pages are cluttered and uniform, whereas on their own sites retailers can include content that is unique to their brand and builds relationships with customers by providing valuable information and a distinctive voice.

Building a company with a voice, perspective, and personal connection is one place small- to medium-size companies can compete with a chink in Amazon’s armor. Another is emphasizing values.

In a Harris Poll of the reputations of the 100 most visible companies in America, Amazon got mixed results. Respondents ranked Amazon second for products and services, but much lower for ethical attributes such as “speaking out on social issues that are important to me” (#36), “maintains high ethical standards” (#16), and “looks like a good company to work for” (#12). As Harris pointed out, so far, the public has looked the other way while it ordered things with abandon. But that may change.

Building a company with a voice, perspective, and personal connection is one place small- to medium-size companies can compete with a chink in Amazon’s armor.

Most people are aware that Amazon has been accused of having terrible workplace culture and little concern for the happiness or well-being of employees. While Amazon has recently raised the minimum wage for employees, the complaints continue. Moreover, The New York Times reported early in 2019 that shareholders had brought proposals asking Amazon to take a more comprehensive approach to reducing its carbon footprint and change how it sells surveillance technologies to governments. The board opposed both changes, saying it planned to disclose its carbon footprint later in 2019 and was launching a new initiative, Shipment Zero, with the goal of having half its shipments net-zero carbon by 2030.

[Read also: Where do your customers stand on sustainable packaging?]

Customers may find that acceptable. What’s clear is that a growing number shop their values. They buy products advertising strong sociopolitical stances. They buy from companies with reduced waste. They eat at places with healthy, sustainably grown and cruelty-free food. It’s not just millennials, either. A study by Forrester shows that nearly half of baby boomers and a majority of Gen Xers also reference their values in their purchase decisions.

For many customers, serving their values represents a key part of the customer experience. They want to know that the company treats workers well, supports the same social initiatives they support, sources materials sustainably, and doesn’t create excessive waste or have a large carbon footprint. This makes the transaction feel good from start to finish.

For many customers, serving their values represents a key part of the customer experience.

While Walmart and Target are taking Amazon on in a clash of the titans, other companies can find different ways to build a very personal, meaningful relationship with customers.

As Beardbrand’s Wilson said, “If you want price and convenience and to buy a nameless widget [Amazon] is the best place in the world to shop. But if you want something that has a story behind its brand that you relate to—a premium experience—that’s where we fit in.”