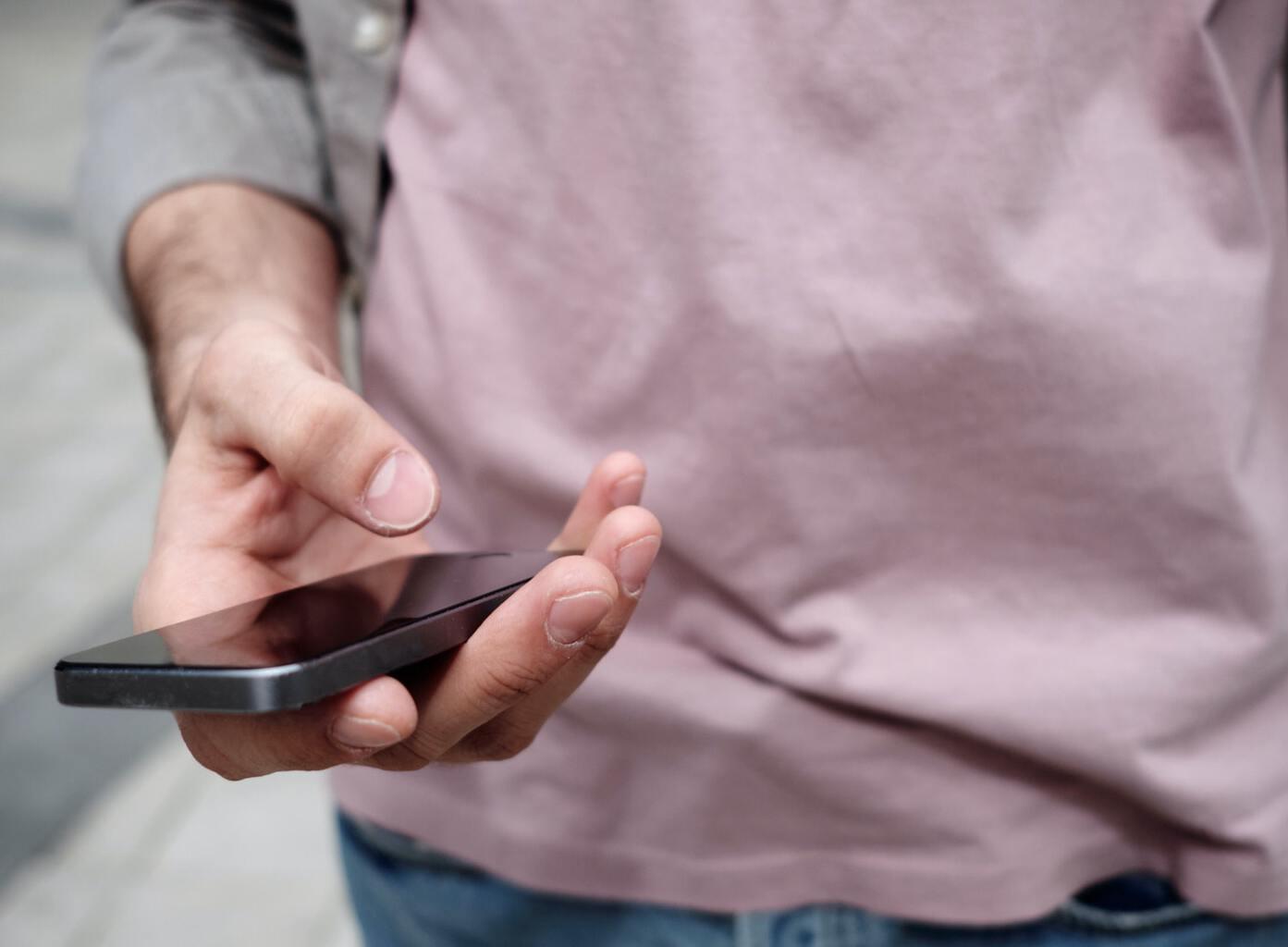 Group chats have been an extension of my social circles for as long as I’ve had a phone. Even now, as more people turn to video conferencing for everything from virtual happy hours to funerals, I prefer my old reliable messaging apps. The halcyon days of instant messaging, immortalized in Lauren Myracle novels and Lifetime movies, set a precedent for the way we communicate today: asynchronously, casually, and at our own convenience.

The technology we use has come a long way, too. Read receipts inspire debates around etiquette and empowerment, and the impact of an emoji can affect the outcome of a trial. Messaging apps have developed features that bring businesses closer to their customers while keeping customers inside the conversation. Apple Business Chat, built into iMessage, is widely used by Shopify vendors to communicate with customers for support or shipment updates, and the availability of the WhatsApp Business app and API has kickstarted the conversational economy in Europe, India, and Latin America.

What makes a messaging app popular?

In North America, Facebook Messenger is the most popular third-party messaging app. With 100 million iPhone users using iMessage, preinstalled on iOS devices, it’s difficult to say why users use one or the other—and that doesn’t even take into account the usage of different apps on generational lines, like Snapchat, Discord, and Instagram. 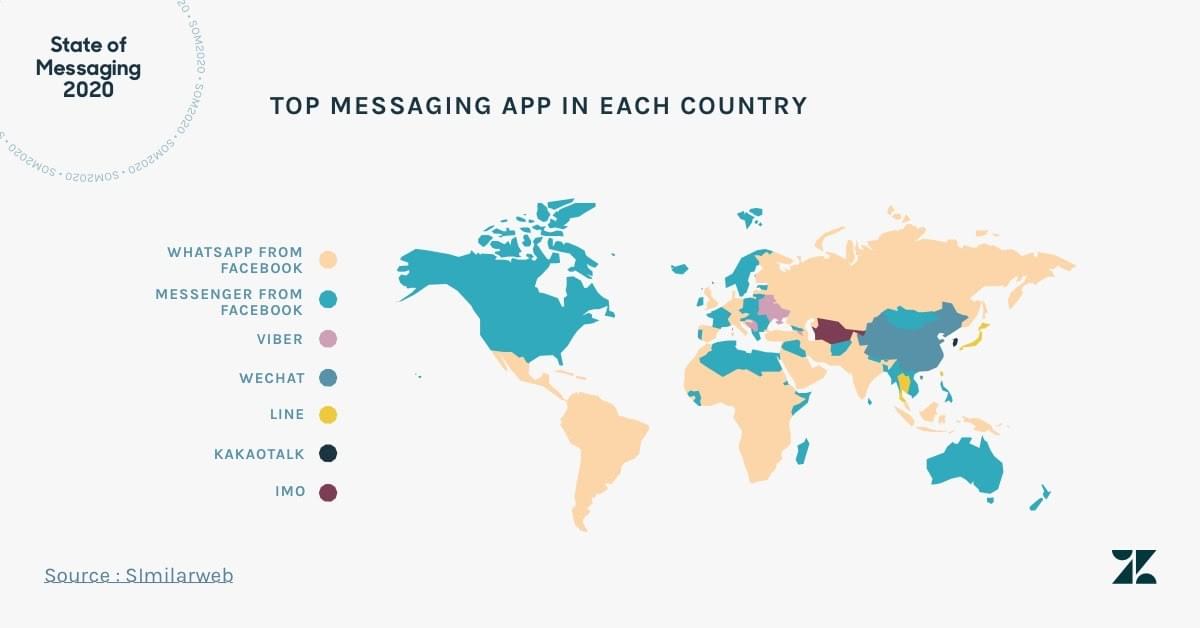 Nearly everywhere else in the world, WhatsApp reigns supreme, with exceptions mostly in regions where the app is banned. As a result, diaspora and immigrant communities in North America comprise the majority of WhatsApp users. Similarly, while Canada is not a top-10 market for WhatsApp, it is used by 84 percent of “new Canadians”, or recent immigrants to the country.

Messaging apps have developed features that bring businesses closer to their customers while keeping customers inside the conversation.

My own WhatsApp usage is largely limited to friends abroad, and interestingly, contacts in the Orthodox Jewish community. While I’m an Instagram DM fiend myself, my rabbi, my study partner, and an extended network of observant friends in different cities, all rely on WhatsApp as our primary mode of messaging.

WhatsApp in the Orthodox world

According to Mordechai Lightstone, an Orthodox rabbi, founder of Tech Tribe, WhatsApp is “potentially the de facto messaging app amongst Orthodox Jews in general.” Lightstone speculates that WhatsApp began to gain footing in the Orthodox world around 2012, pre-Facebook acquisition and when the service still had an annual $1 subscription fee.

There are numerous reasons as to why the app is so popular, both within and outside the Orthodox world. “It’s relatively simple to use, and the groups are very powerful in terms of creating social cohesion,” Lightstone told me over the phone.

Nearly everywhere else in the world, WhatsApp reigns supreme, with exceptions mostly in regions where the app is banned. As a result, diaspora and immigrant communities in North America comprise the majority of WhatsApp users.

“Because it’s so popular in Israel, and in Europe, places that have very large prominent Jewish communities, people who have extended relations through those communities are using WhatsApp,” he said.

The group function can’t be understated. It’s used for everything from sharing memes to organizing meal trains. In the time of COVID-19, group chats are used to organize prayers and broadcast updates on sick members of the community.

[Related read: Emojis at work: the good, the bad, and the legally binding] 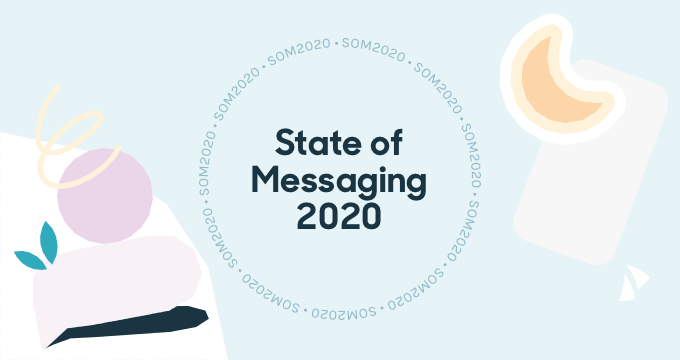 Aiding the search for connection

WhatsApp has changed the way content is distributed throughout the community. Lightstone says, “I think the voice note has become the sort of de facto method on WhatsApp,“ explaining that he listens to the voice notes of an older rabbi who relates stories of his childhood. “In other groups there’s even voice note memes that get reused over and over again, because some guy made a joke and we share that. Then it becomes a bit difficult keeping up with what’s going on because of the amount of audio you have to listen to. Audio voice notes have become this uniquely WhatsApp experience.”

It’s not just the Orthodox community that’s in on the action. Mahnoor Malik, a Pakistani-American environmental scientist and photographer living in Rome, outlined a similar phenomenon in her own circles. “I didn’t start using WhatsApp until I started moving around, but my parents use it a lot. My dad even got added to a group of his graduating class from eighth grade.”

In the time of COVID-19, group chats are used to organize prayers and broadcast updates on sick members of the community.

“WhatsApp is widely used by Pakistanis overseas. It’s the easiest and most effective way to contact your friends and family. When I started working my job in Italy, I was added to a group of Pakistani colleagues.”

Still, Malik also highlighted the usual concerns that come up with regards to WhatsApp usage: fake news. “Although it’s effective, WhatsApp still has a lot of weird spam that’s spread around by people that don’t understand what they’re sharing.”

This is repeated in diaspora communities the world over—WeChat remains the most popular app among overseas Chinese populations, while Telegram is widely used among the Iranian community in Canada and the United States. Although the Telegram app is officially banned in Iran, many users skirt around the prohibition with VPNs or by downloading hacked versions of the app—often created for surveillance purposes by bad actors. Groups perform a similar function on Telegram as they do on WhatsApp, with links to group chats often listed alongside contact information for North American Iranian community groups.

This is repeated in diaspora communities the world over—WeChat remains the most popular app among overseas Chinese populations, while Telegram is widely used among the Iranian community in Canada and the United States.

Messaging as a mainstay in the current climate

In an era where “Zoom fatigue” is a phenomenon that’s becoming normalized, I’ve come to value moments of connection that feel natural in a way that being confronted with my face on a screen all the time doesn’t permit. Nothing beats in-person dinner parties, but at least I have years of messaging under my belt that have made the transition from appetizers to apps bearable. Messaging may be changing to include more video than we ever saw coming, but as a whole, doesn’t seem to be going anywhere. The future of messaging goes beyond text, incorporating a mix of voice notes, video calling, mini-apps, and features like embedded payments—but conversation remains the constant with each innovation. The core of messaging applications stays the same because it’s convenient, personal, and can be built into other structures. It’s the primary way we communicate.

On a Friday night, before Shabbat, a time usually spent amongst family and friends, I checked my WhatsApp messages one last time from friends here and there. Rabbi Lightstone says these group chats give “a sense of community even when physically you don’t have that proximity.” In times like this, it feels more important than ever.