No boys allowed: why we still need women only spaces 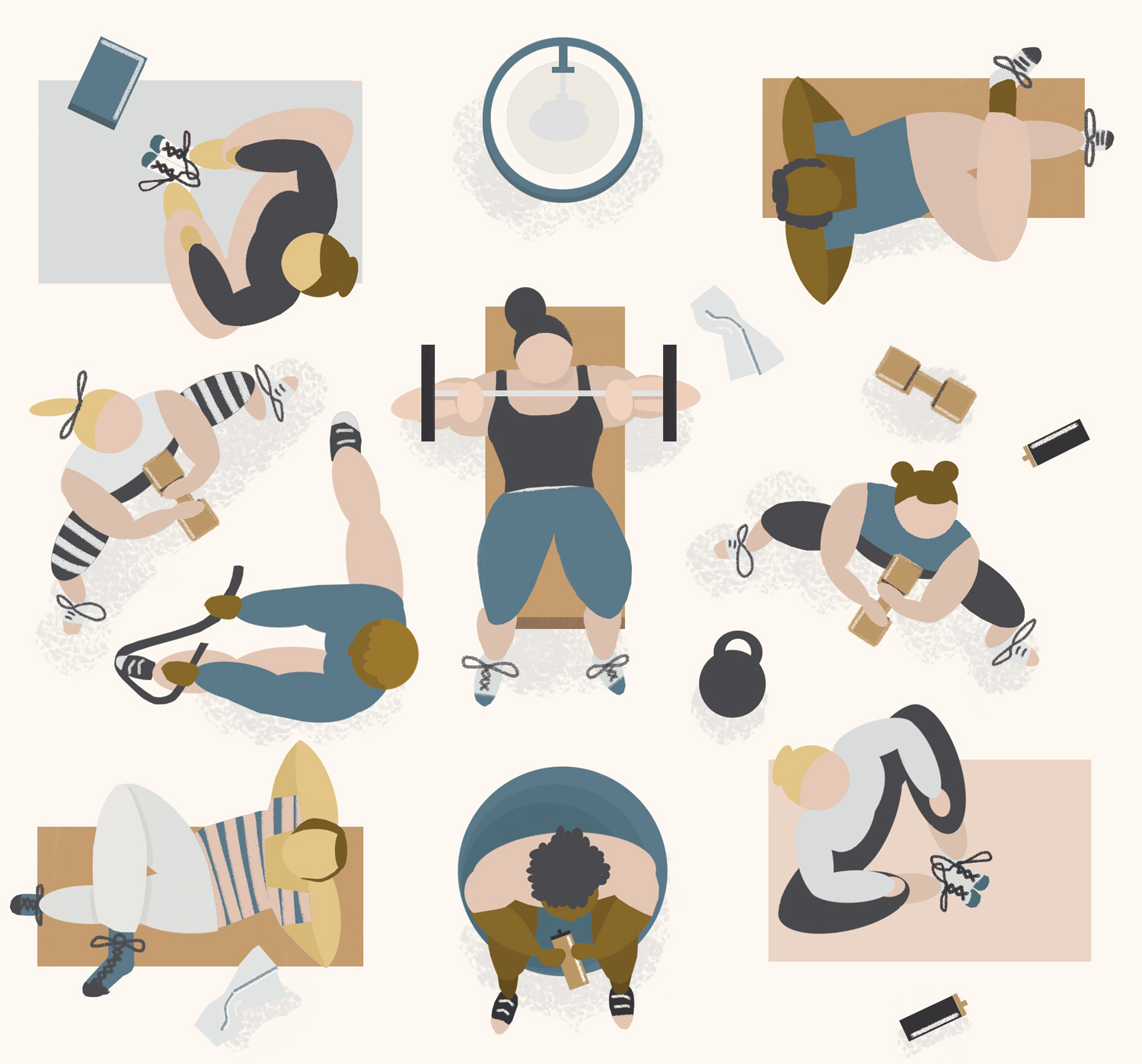 In a conference room full of about 75 writers and journalists, one woman rose her hand and revealed a shocking story about a male editor: He claimed he was taking her story idea to write about as his own (also known as “idea theft,” a huge faux pas in the writer community). Many in the room gasped. Then, the panel of speakers proceeded to be furious for their newfound friend, to champion her cause, and to give her point-by-point advice on how to compose an email back to him with the appropriate balance of righteous anger and professional poise.

What made this freelance writer comfortable sharing such a contentious story—to a room full of strangers—that could impact her career?

She was in a room full of only women.

I rarely go to conferences, but I will always return to BinderCon, a professional conference in New York and Los Angeles for women and gender non-conforming writers. I’m an introvert, so normally I find conferences uncomfortable; I’m unable to approach a stranger and chitchat about the buffet food. But in the safe space of BinderCon, I can start talking with anyone. I can chase down the writer who said something interesting in the last Q&A session. In large part, I open up because these are all women who know exactly what I’m going through in daily life, in a career dominated by men.

Currently, gender-specific events and spaces are blossoming in areas typically monopolized by men, like the gym or certain types of offices. Coworking spaces are often populated by tech workers and other male-dominated professions. To offer an alternative, female-focused coworking offices and social clubs have sprouted up from São Paulo, Brazil to New York. 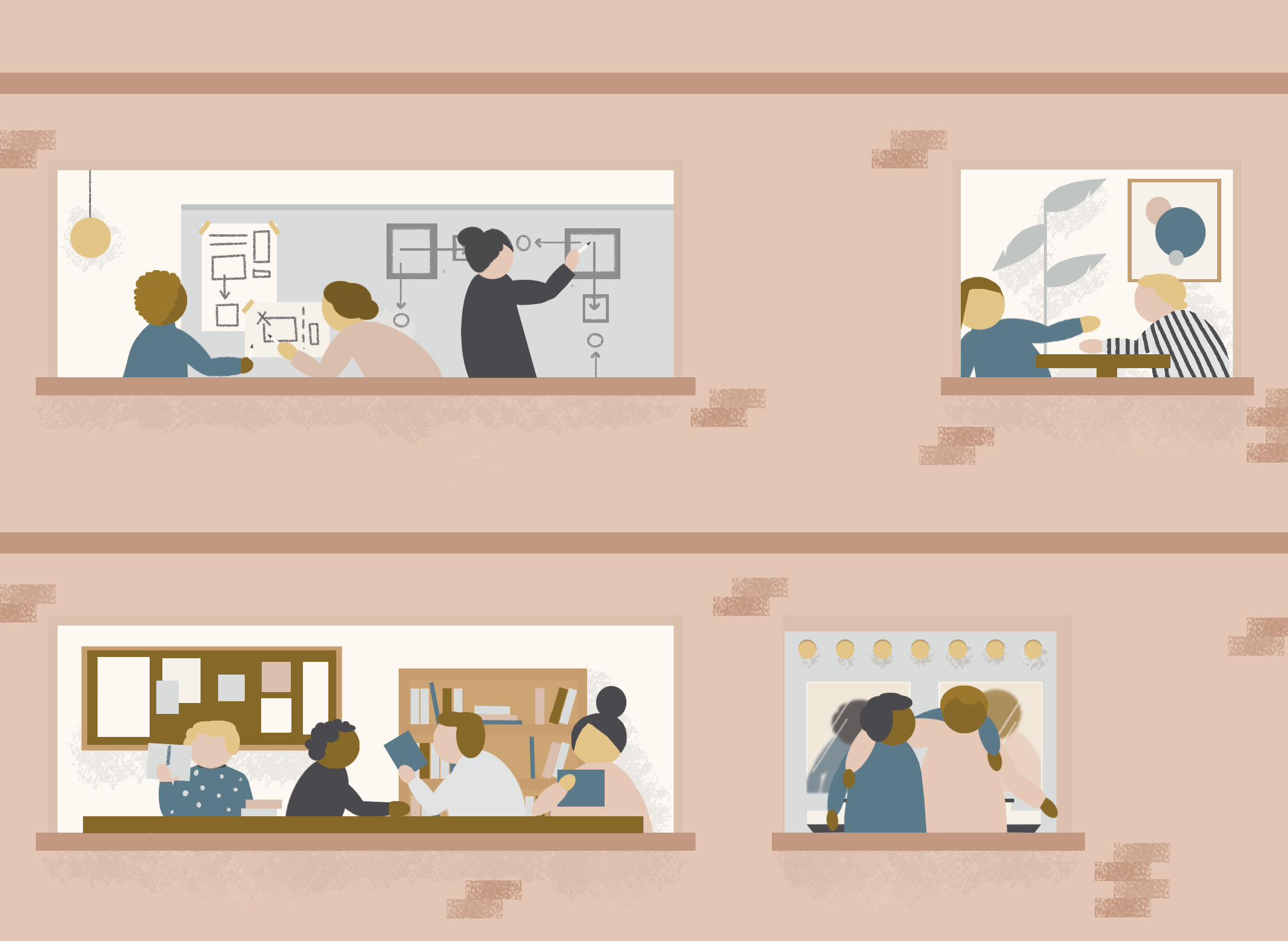 The founder of Hera Hub, an international network of shared offices for women, didn’t feel comfortable in the traditional coworking spaces that she toured, as her franchisee Julia Westfall explains. “She set out to create something that had an atmosphere and decor where she wanted to go every day.” Westfall was captivated by this new model, so she set up an outpost of Hera Hub in D.C.

“It’s more of a supportive, collaborative feel,” Westfall says. In other offices, doing business often means cut-throat competition. Not so at Hera Hub, she says. “Even within our own membership we have people engaged in the same business, like marketing. [Here,] those people can be stronger in their own businesses and get support in a collaborative way rather than a competitive way.” They swap ideas and share projects, combining their distinct strengths, she says.

Similar to my experience at BinderCon, having a women-focused environment opens up a comfortable space to start intimate, important conversations that might not otherwise happen. “It’s great to be able to hear women supporting each other,” Westfall says. “Some women don’t have confidence in their business skills even though they’re highly competent. … It’s wonderful to hear two women talking, and one saying, ‘This is what I see, when I see you.’ I don’t think that conversation would happen if a man was in the room.”

Having a women-focused environment opens up a comfortable space to start intimate, important conversations that might not otherwise happen.

The hubs are “spa inspired,” Westfall says, “so blues and taupes throughout the space provide a serene environment. We use water fountains for noise screening. We have lamps rather than fluorescent office lighting to give a different vibe.” The idea is that people are more productive when they’re relaxed—not to mention that they hope to attract more women with their homey, laid-back aura.

Westfall says these women-focused spaces need to exist because other office environments feel exclusive. But doesn’t this then perpetuate the problem in the opposite direction? Hera Hub has thought of that too. “We really are focused on providing an inclusive environment so women feel included, rather than excluding men,” Westfall explains. While Hera Hub relies on its branding, decor and community to attract women, all genders are completely allowed in the space and can become full-time members. (Hera Hub is proud to say there is one male member among 73 coworkers in D.C.)

Out of the office and into the outdoors

Women’s only spaces are not just about serenity and blue auras. On the other end of the spectrum, there’s Girls Gone Buff. The women’s-only outdoor bootcamp in New Orleans offers exercise totally protected from the male gaze—no men are allowed. “You don’t have that macho guy in the gym saying something inappropriate,” says the owner of Girls Gone Buff, Chelsey Tharp. Before, Tharp worked out at a gym that was “very military” in its training style. As personal trainers, “men either can be too hard and not say the right thing to motivate women, or not be hard enough. It’s hard for other guys to motivate women because they’re afraid to push them too much.”

The atmosphere at Girls Gone Buff gives women internal motivation when they watch role models who look like themselves, she says. “For women, it’s like, ‘Well if she’s doing it, then I can do it,’” Tharp says. “They’re like, ‘I want to be fast like Brandi, strong like Claudia.’ They’re always pushing to be better.”

The women have formed a texting group and send each other messages regularly, whether about daily life or encouraging each other to work out. They’ve signed up for races together. (Yes, even notoriously hard and dirty ones like the Warrior Dash.) Tharp says much of the group is made up of divorced or single women, and the bootcamp gives them an outlet to become more self-assured.

“I just want to empower all the women in the community to become strong and independent,” Tharp says. “Everyone has grown, and they’re becoming this confident group.”

Aside from her deeper motivations, Tharp also made her group exclusive to women as a business decision. “I wouldn’t have as many clients if it were unisex,” she says. “Women like the idea of this just being women.”

Not everyone believed that a women’s-only space would generate more clients. “My boyfriend [and business partner] was like, ‘Oh we shouldn’t do just women, that’s half the clientele,’” she says. In the end, the numbers proved him wrong. The bootcamp started in February with just nine women. Now, Tharp estimates that 100 clients come to her outdoor bootcamp every day.

Girls Gone Buff gives busy women an excuse to do something on their own. “It’s their time. Women are always the ones unfortunately taking care of the families. They’re picking up the kids bringing them to their sports camps.” The bootcamp allows them to say: “‘Alright, I’m going to my women’s only bootcamp so you can’t come, it’s my time.’” Also, when women come without their significant others, they are more open to making new friendships, Tharp says.

The bootcamp allows them to say: “‘Alright, I’m going to my women’s only bootcamp so you can’t come, it’s my time.’” – Chelsey Tharp

But is excluding men sexist? “I personally think that women have the right to have their own space,” Tharp says. “The gym is mostly a guy space. … Men hog the weight area and if anything, I feel like guys are like, ‘What are you doing here?’ So I think in some ways, it’s uncomfortable for women to go to the gym by themselves.”

Clearly, women-focused spaces help people feel more confident in arenas where they were traditionally excluded. Whether to leave out men some of the time, or all of the time, depends on the activity and how much the presence of a (presumably well-meaning) man would disrupt the goal of the group. There are no clear answers. Until women achieve parity everywhere—from the boardroom to the weight room—women’s only spaces respond to a real need.

“We’re just providing another option,” Westfall says of Hera Hub. “Everybody likes to work in a different environment. People want to participate where they feel welcome, whether it’s business or play. That’s the thing: Have people feel welcome, regardless.”