Don’t have kids, eat less meat, and other ways to save the world 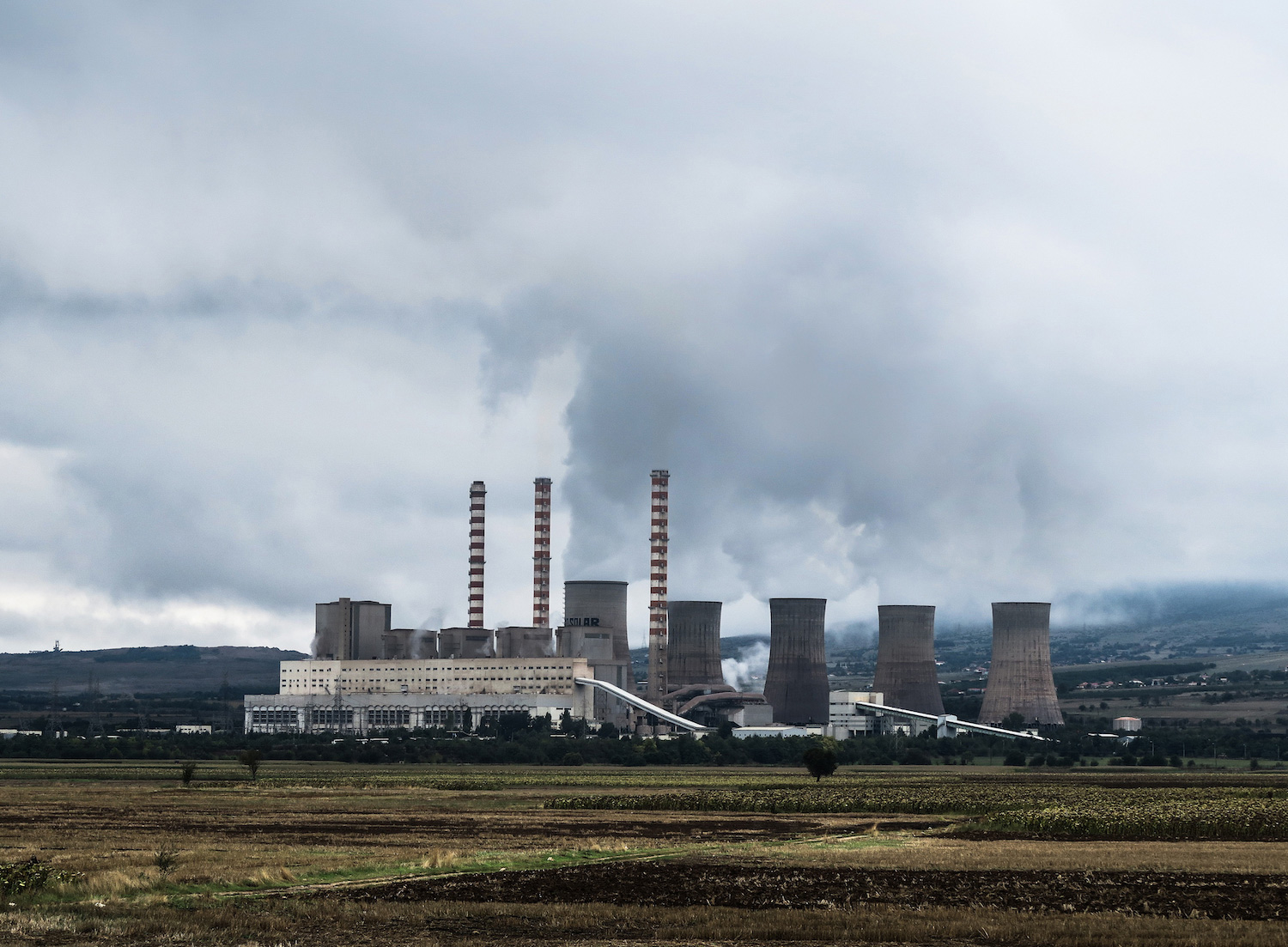 Whose fault is it that glaciers are melting, oceans are becoming cooler and less salinated, “storms of the century” are happening at regular intervals, and the earth is heating up to a point where we may not be able to cool it again?

Everyone is to blame, but especially those who, like me, live in the United States. I mean, yeah, we could point fingers at the Chinese coal industry, and the auto industry, and political leaders who treat climate change like the Boogeyman (a fictional villain whose job is to keep you from having any fun). But the horrifying truth is that United States consumers contribute 16.5 metric tons of carbon per person every year. That’s twice as much as the average Chinese citizen and ten times more than the average citizen of India.

We don’t do it on purpose, of course. We do it by accident, because while we might count carbs or calories, or screen out formaldehyde and parabens from our products, most of us don’t have a clue what our carbon footprint is. There are ways to find out, but nobody’s made it really easy and comprehensive. And many of us won’t do hard things—like change consumption habits—unless somebody finds a way to make it simple. I’m reminded of the movie Wall-E, in which rotund people are parked in their movable chairs, sipping liquid food in their space pods, because they destroyed the planet. It might be a vision of our future.

While we might count carbs or calories, or screen out formaldehyde and parabens from our products, most of us don’t have a clue what our carbon footprint is.

On the other hand, reducing your carbon footprint is complicated. For example, there’s a general consensus that eating locally reduces carbon emissions. World Watch published a statistic that in the U.S. most food travels 1,500 miles from farmer to consumer. And the University of Michigan Center for Sustainable Systems reported that, “Eating all locally grown food for one year could save the GHG (Greenhouse Gas) equivalent of driving 1,000 miles, while eating a vegetarian meal one day a week could save the equivalent of driving 1,160 miles.”

World Watch also noted that a potato trucked in from 100 miles away produces more greenhouse gas emissions than a potato brought in by train from 1,000 miles away. How are you supposed to know how the potato got to the store? They reported that, “Swedish researcher Annika Carlsson-Kanyama led a study that found it was better, from a greenhouse-gas perspective, for Swedes to buy Spanish tomatoes than Swedish tomatoes, because the Spanish tomatoes were grown in open fields while the local ones were grown in fossil-fuel-heated greenhouses.”

So, saving the world isn’t as easy as following a few basic precepts. Still, we thought we’d offer some suggestions to help us all stop metaphorically pooping where we eat.

Don’t be rich. Statistically, the top 10 percent of wealthiest people produce about 50 metric tons of carbon per person versus the 16.5 produced by the rest of us. Unless you’re rich like Elon Musk and using your money to create alternative energy projects, all the imported goods, private jets, and expensive motor toys are bad for the environment.

Don’t have kids. Technically, not having kids significantly reduces your carbon footprint, like, by a whole carbon-based person. On the other hand, for many people this is even more non-negotiable than not being rich. Also, what if your kid grew up to be like Elon Musk?

Reduce meat consumption. According to an Environmental Working Group report, lamb contributes 39.2 kilograms of carbon per kilogram. Half of the lamb eaten in the U.S. is imported, so transportation accounts for a lot of that. Beef contributes 27 kilograms of carbon, and pork and farmed salmon 12 kilograms each. Part of the problem is all the methane produced by lamb and beef—from their flatulence and poop. Plus there’s the land they take up, the production of the grains they eat, and so forth. But meat’s not the only culprit. Imported cheeses produce 13 kilograms of carbon per pound. Compare that to peanut butter, which contributes only 2.5 kilograms per pound. Some organizations say your carbon footprint could be cut by as much as 50 percent just by becoming a vegetarian.

Eat your backyard. Bottom line: the fewer steps your food takes between the ground and your mouth, the less carbon created. Packaging, transporting, processing, and cooking all pile on negative carbon points. So you spare the earth a lot of carbon if you plant a garden or participate in a community garden, shop at farmers’ markets and stores specialized in locally grown food, patronize local farm-to-table restaurants, buy loose bulk pantry and staple items, carry groceries home on your bike, and eat raw as often as possible. Also, study the carbon footprint of cooking. According to the Environmental Working Group report, making your potato into fries is faster, and therefore better for the environment—though perhaps not for your arteries—than baking it.

Bottom line: the fewer steps your food takes between the ground and your mouth, the less carbon created.

Buy less stuff, but buy good stuff. The CO2 involved in making and disposing of products like laptops is higher than the CO2 produced by the laptop. If you buy quality items that last, you reduce your carbon footprint.

Don’t drive. If you drive, drive an electric car and carpool or rideshare. Just don’t sell your gas-fueled car to buy a new electric one because building an electric car creates a lot of CO2.

Check for renewable energy options. Maybe putting up solar panels or home windmills is out of your price range, but a lot of energy companies will help you regulate your use of energy and even give you the opportunity to tap into sources of renewable energy (for a little bit more cash).

Buy Carbon Offsets. We’re all creating carbon, but if you donate time or money to organizations that help reduce carbon consumption elsewhere, like making donations to nonprofits that pay Amazonian landowners not to cut down trees, you technically reduce your carbon footprint. The Natural Resources Defense Council lists some carbon offsets it considers valid.

Do the math (with help). Several environmental groups offer carbon footprint calculators like these ones from the Nature Conservancy, U.C. Berkeley, or the Global Footprint Network. Warning: You will need to know how many kilowatt hours you burn, how far you drive, how many miles to the gallon your car gets, how often you eat locally, etc.

A couple of programs try to gamify carbon footprint reduction. Oreco.com and Ducky both let you create a community and leaderboard and offer suggestions for reducing your carbon footprint. With Oreco, you can even sign up through Facebook and find out which of your friends are trying to reduce their carbon footprint, too. What’s great about that is that making all these changes on your own when the rest of the world seems to be driving SUVs and eating fast food can be discouraging. Making a game of it with your workmates or volleyball team can inspire everyone.

In May, a couple of researchers introduced an experimental app they’d developed that used augmented reality to let shoppers in the grocery store see the carbon footprint of various brands of bottled water and cereal. While using the app didn’t really change consumers’ choices regarding cereal, it did lead to a 23 percent reduction in carbon footprint for bottled water since consumers bought water with a lower footprint. Unfortunately, this tool isn’t commercially available.

Buy from companies that are trying to change. Consumers are becoming more interested in buying from companies that don’t bring us closer to planetary destruction in the name of profit. But just like in the beginning of the “green” movement, there are charlatans who will sell a bogus carbon-free certifications to manufacturers as a marketing ploy to dupe consumers, so you have to be savvy. World Wildlife Fund publishes an annual report listing companies doing science-based emissions reductions. In 2016, some of those companies included Johnson & Johnson, Procter & Gamble, Kelloggs and…Phillip Morris.

There’s no easy-peasy way to be mindfully low-carbon in modern society. Every time you order something from Amazon, you’d have to ask yourself a million questions about how the item got there, how it was packaged, who made it, and how they made it…. But the more we’re willing to do the work to ferret out goods and services from businesses that are working to help the planet, the more companies will better serve our desire for a better planet. Bit by bit, we can slow the destruction and hopefully avoid a future of liquid food and space pods.

Managing rapid growth during a pandemic: A CX Moment with Snap

What can happen when tutorials are woven into the customer experience

How Wool and the Gang made knitting cool in a digital-first world.