Angry at work — how to get mad the right way

We've all been angry at work. Take a look at how to use that anger to enact positive change. 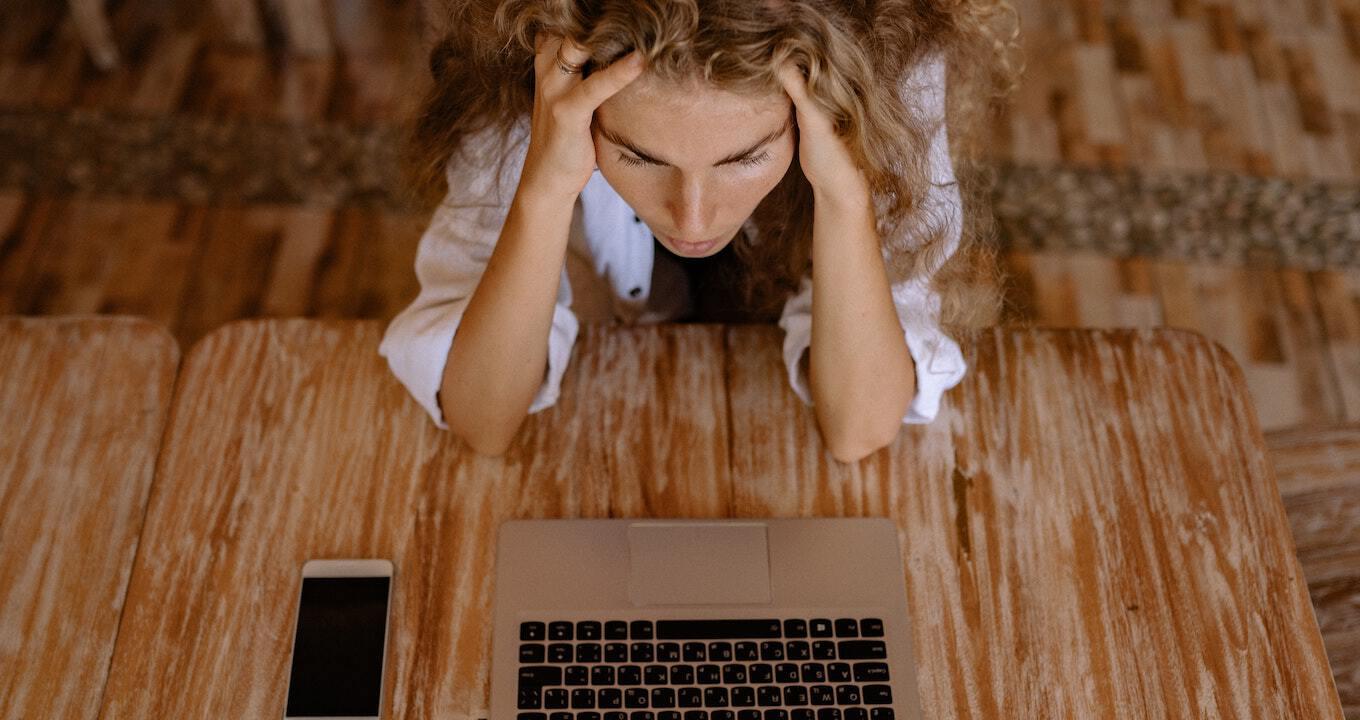 Workplace anger conjures up images of domineering bosses throwing tantrums, or meetings that devolve into shouting matches. So when someone gets mad at work, our first reaction is often to shut it down. Anger is often seen as a “bad” emotion, one that creates chaos, and we’re told we shouldn’t bring our emotions to work because feelings aren’t professional.

Yet those views don’t reflect reality, and not all anger is created equal. Even in the best of times, people get angry at work — and they let their feelings show. A survey conducted by Monster.com found that nearly 83 percent of respondents have cried at work. Almost half of those said they cried because of a supervisor or coworker, and this was before there was the added stress of facing a pandemic.

No one likes to be angry. At the same time, anger is not something we can avoid. Sometimes, it can be a catalyst for much-needed change.

Why do employees get angry?

First, let’s take a look at what lies beneath. We get angry because we’re human. “In the cult of happiness, we haven’t left room for negative emotions. But that’s not very realistic,” says Amy Gallo, author of the HBR Guide to Dealing with Conflict. “There’s no reason we wouldn’t feel it at work, a place where we feel frustrated, and have difficult conversations, and bring our ego. Of course you’re going to have emotions like anger and even sadness.”

We spend most of our waking day at work, and many of us identify with what we do. Work can be uplifting, engaging, and exciting. On the flip side, job stress is “far and away the biggest source of stress for American adults,” according to The American Institute of Stress.

Job stress is “far and away the biggest source of stress for American adults,” according to The American Institute of Stress.

Beyond day-to-day stress, there are some common triggers for employee anger. Many of these have to do with relationships: conflict with coworkers, leaders playing favorites, and not feeling accepted. Among the more severe are issues of harrassment, bullying, and discrimination. Sometimes, though, anger has to do with the job itself: frustration about getting passed over for a promotion or resentment about responsibilities.

It’s no secret that anger can be bad for business. Pervasive anger can create poor employee morale. And when left to fester, anger can create a toxic work environment that makes people quit. Gallup found that 1 in two employees have left a job to escape a manager and improve their overall life. The implication is that a bad boss can make you sick, literally. Also that people don’t leave jobs; they leave managers. Gallup goes on to say that unhappy, unhealthy employees affect performance, absenteeism, customer ratings, quality, and profit. Even though workplace anger isn’t something we like to deal with, it’s crucial for companies to deal with.

None of this is to say that anger is always a bad thing. Anger can spark positive change, but anger alone isn’t enough. You have to use the anger as fuel for action, says Gallo. Widespread anger in the U.S. over police brutality targeting people of color, for example, led to a call for more accountability within communities — and within corporate workplaces. Companies openly condemned racism and were called upon to examine internal processes and hiring practices.

Moral anger can also look like standing up for a colleague when you witness sexism in the workplace or when you’re fighting for better working conditions. The key is to harness your anger to push for change. Supreme Court Justice Ruth Bader Ginsberg put it best: “Fight for the things you care about, but do it in a way that will lead others to join you.”

Anger can spark positive change, but anger alone isn’t enough. You have to use the anger as fuel for action, says Gallo.

What managers can do to handle workplace anger

There are some things you can do as a manager to help manage anger at work, say Zendesk Employee Relations Specialists Mel Cottrell and Janelle McNally.

How to manage your own anger (or help an angry coworker)

Want to throw your desk chair through a window? That could be your adrenaline talking. Break down excess adrenaline by getting more oxygen into your system — go for a brisk walk, hit the gym, or lock yourself in a conference room for a dance party of one. Whatever it takes to get your pulse down and your mind clear.

When a person gets angry, they might not be in the state of mind to be rational. In the moment, anger is part of the fight or flight response, an automatic survival mechanism that prepares the body to literally fight or flee. Adrenaline rushes through the body, thoughts begin to race, the heart beats rapidly, and muscles tense. If you’re in a meeting where things really get heated, you might need to end the conversation and let emotions cool down. “Don’t try to get them immediately to feel a different way,” says Gallo.

The key is not ignoring the problem or pretending it didn’t happen. Sometimes, given a day or even an hour, time can help people rethink things and reflect from a less emotionally charged place. Sometimes, you look back and realize you were cranky and hungry so you just snapped. Or, that you were feeling extra fragile that day because you had an argument with your mom. “It’s a matter of letting people feel the negative emotion, giving space for that,” says Gallo.

Ready yourself for the hardest part: When it’s time to have a conversation, keep your temper down and focus on the goal — whether that’s to diffuse a situation and gain a shared understanding, or to reach a solution. We are not robots, so it’s okay if things get a little messy, but it’s important to remain calm and be respectful. If you find yourself getting heated, chances are you’re only looking at the issue through your own perspective. Switch the lens and start again.

We are not robots, so it’s okay if things get a little messy, but it’s important to remain calm and be respectful.

Using “I statements” can ensure you have a productive conversation instead of a blame game. For example, saying, “I felt hurt when you raised your voice at me in our meeting,” goes further than, “You have yelled at me for the last time, you giant idiot.” Focusing on your feelings rather than being angry about their feelings helps inform the person that their behavior has affected you. Anger can be expressed, but the goal is to ensure that it doesn’t escalate.

[Related read: Amy Gallo loves a good fight. A Q&A with the woman who wrote the book on conflict.]

Take some time to think about it

Use anger as an opportunity. Once you can identify feelings of anger, you can also dig deeper to consider the underlying causes. Are there underlying system changes that need to be addressed? Are you frustrated because you don’t feel seen or heard? Or, are you angry at yourself, and should you handle things differently next time?

Sitting with your thoughts and feelings can bring clarity, but sometimes you may uncover that what makes you angry is beyond your control. If you’re feeling unheard and are truly unhappy, it might be time to look for a new job. “If you can’t change the things that make you angry or you can’t change your reaction to them, you have to question whether it’s okay for you to stay in that work environment,” says Gallo.

Showing anger at work can be, and feel like, taking a risk. Most of us likely don’t want to damage a relationship permanently in a fit of rage. But showing your anger shows you care, and that can lead to changes that benefit everyone.