The four C’s of cherry-picking 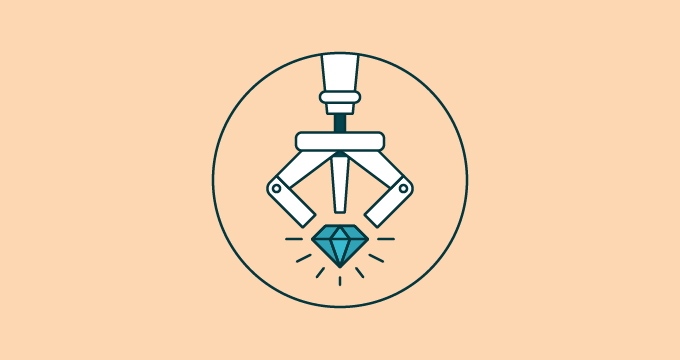 Learn the causes and solutions

Cherry-picking has a negative connotation. Rather than choosing the next available request, the one at the top of the list, the one that’s been calculated to be the HIGHEST PRIORITY, your agent chooses one they’d rather work on. Tickets that get passed over sit around like off-brand candy remnants at the bottom of your bag that you’d find the following Halloween. The customers who submitted those tickets suffer while other, more attractive tickets are scooped up and resolved. Resentment and hurt feelings are the result–not to mention skewed response time metrics. Short of adopting a requirement like Guided Mode, how can you prevent this?

You might suspect cherry-picking if some agents seem to vastly outperform peers that have the same or better skills or experience. They could be solving far more tickets or have unusually high satisfaction rates. You might also hear grumbling from other agents who think some members of the team are being rewarded without pulling their weight. None of this guarantees that any of your agents are cherry picking, so to get a better idea of whether this is happening, take a look at first reply times across your team. If an agent has a much lower median than other agents, this could be indicative of cherry-picking.

It can also be useful to take a look at the range of first reply times across tickets worked by each team—if everyone’s taking tickets from the front of the queue, the first reply times should lie within a reasonable range. Cherry-picking can show up here as tickets falling outside that range, either below or above it.

To solve your contact center cherry-picking problem, you need to understand what’s behind it. Like many issues for customer service managers, it may not be as simple as it seems. Contrary to some popular opinion, this isn’t necessarily about laziness or a desire to cheat the system. Different people pick different (metaphorical) cherries, for different (actual) reasons. To deal with the problem, you need to understand the motivation of the agent who’s doing the picking, and look at the incentives that may be leading them. Once you know that, you can come up with a strategy to lead them to a more desirable outcome.

Here are four common motivations for cherry-picking, or what I like to call “The 4 C’s”: competition, comfort, conscientiousness, and conviction

This agent wants to be the best in the team.

Even without external motivating factors, this is how some people operate; they’re just naturally competitive in everything they do. But competitiveness may also be a result of incentives put in place by leadership, so it’s important to make sure your policies aren’t inadvertently encouraging cherry-picking. Rewarding agents who solve the most tickets, or who maintain the highest customer satisfaction (CSAT) average, can lead people to choose tickets that are quick & easy to solve. They won’t want to risk taking a ticket from someone who is already upset and likely to leave a bad CSAT no matter how well the problem is resolved. Or they might avoid a ticket that requires extensive troubleshooting and will take longer to solve.

Drive is good. You just need to make sure that you measure success using multiple axes that together will describe a great experience for your customers, day in and day out. Show your agents that they can be the best by taking any ticket, not just the easy ones. Demonstrate that you won’t think less of them if their solved numbers or CSAT dip a little. Consider structuring incentives around team performance, rather than individual ones. Alternately, make sure you’re giving praise not just to those who work the most tickets, but those who work the oldest or toughest tickets, or for helping other team members, by calling out those agents in your team meetings, or even awarding badges or stickers for tough ticket types. This will encourage cooperation and collaboration among your team as well, which often leads to improved overall performance and a better customer experience. Agents will be more willing to share their troubleshooting secrets, and help new agents onboard faster.

This agent doesn’t want to take on subjects they’re not familiar with.

For some people, being “in the zone” is more satisfying than pushing the limits of their knowledge. It’s nice to feel like you’re an expert, and once you’ve felt that, it can be challenging to one’s self-esteem to go back to being a beginner in a new area. This can impact senior agents who’ve become experts on earlier versions of your product, but are reluctant to learn how to troubleshoot new and different features.

Alternately, there may be a steep learning curve in troubleshooting and supporting your product, once the basic product functionality is mastered. Relatively new agents who’ve graduated from onboarding and achieved some mastery in the easier subjects may be savoring that feeling and can be reluctant to tackle deeper, more challenging areas.

This agent needs to build their confidence in areas in which they’re well-versed. Find out what those areas are, give them training and/or pair them with an experienced mentor that they can ask questions of, and make it their job to become an expert in that area. This may mean having them cherry-pick tickets in that area while they learn—that will give them the opportunity to build their skills more rapidly. Mastering this area should give them a confidence boost, and you can then move them to a different area, or encourage them to explore other areas on their own.

This agent is afraid they’re the only one who can solve the problem.

Some agents may find themselves in the position of being the only expert in a certain area, and rightly or wrongly, believe that if they aren’t the one to take all the tickets in this area, their fellow agents will struggle to answer the questions, and the customers may not get the best level of service, via slow responses or inaccurate answers. So by hogging all the tickets in their area of expertise, they’re doing a favor to both their team and the customers.

And you know what? They might be right—at least for the present. But in the long run, it means if they ever leave, take a vacation, or get sick, or if there are more tickets in this area than one person can handle, the team and the customers are going to be in a world of hurt. This can also result in that person becoming overconfident and assuming they know the answer by skimming a ticket and taking shortcuts, rather than reading it closely and following the necessary steps to verify the diagnosis and solution. That can result in poor customer service interactions.

This is almost the opposite of the comfort scenario above: you need to turn this person into a trainer to the rest of the team. They’re going to need to spend time with other agents to train them, and very likely improve internal processes and/or documentation so it’s possible for others to master the subject area. This agent is going to have to stop taking those tickets themselves and act as an advisor and consultant to the agents who are learning.

This does mean the learning agents and the trainer are going to appear less efficient—the trainer will be spending a lot of time away from their own tickets, and learners and trainer alike will be working tougher tickets than they’re used to. They may make mistakes, so it’s also possible that your CSAT will take a hit in the short term. But over time, you’ll have expertise that’s institutionalized in your team and can be passed down from generation to generation, rather than being stuck in one person’s brain.

The agent doesn’t trust The System.

This is similar to conscientiousness in that the agent isn’t trusting whatever automatic prioritization that might be happening. They may believe there are tickets deeper in the queue that legitimately need attention before the older tickets at the front of the line.

It’s worth at least considering the possibility that they’re right. Talk to them about the kinds of tickets that they’re choosing, and why. There might be a way to automatically give these a higher priority, for example via questions asked in a ticket form, and triggers that set the Priority field. You could ask customers to rate the urgency or business need of their request themselves, but you may find that most customers see their issue as Very Urgent (which is totally understandable). Or you could ask customers to set an issue type dropdown field, which could help you prioritize issues. If those aren’t viable options, it might be beneficial to a triage step to your support process, so an agent can quickly set ticket Priority on new requests. This should be based on a well-defined and documented rubric, to ensure that priority is set consistently.

Cherry-picking is almost always the result of risk-averse, short-term thinking. It’s about staying in one’s comfort zone and solving the problem of right now. As a leader, you can influence this behavior, for good or ill, based on what you encourage via coaching, measurement, and rewards. You heavily influence the reality of your agents’ day to day, and they respond to that reality. So make sure you’re playing the long game, by encouraging your agents to take risks and grow their skills, even when that may cost you some short-term efficiency. It takes time to learn, to teach, and to document, but in the end, you’ll have a robust and resilient organization that can face today’s challenges, and tomorrow’s.

And your customers will thank you for it.