The blurry line between fact and fiction 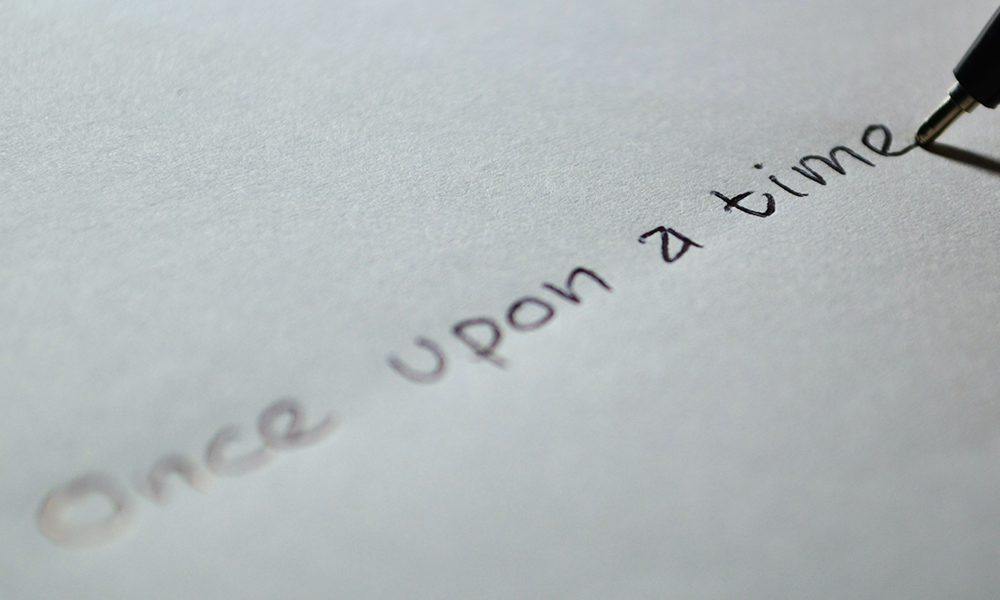 There is an art to telling a great story. Any storyteller knows that their words must be compelling, generate emotion, and inspire action. But must the story also be true to be effective?

In Want to be a better person? Read fiction, Sarah Stealey Reed explores how fiction encourages a reader’s empathy and lowers their need for cognitive closure. In one study, literary fiction is said to better teach us values about social behavior. These are good things from unreal sources.

So, when does a story have to be true to be effective? When it’s presented as the truth. When it’s delivered as real. When people learn that a ‘true’ story has in fact been made-up, they feel their emotions have been played with and their trust is deceived. They feel betrayed. Imagine finding out that the poignant story from your boss was not a personal life lesson, but rather a tale he carelessly plucked from a self-help book. Your motivation plummets to discouragement.

The lines between fact and fiction are fuzzier today than ever before. Our information sources have multiplied and our stories arrive faster and with considerable urgency. And with all the noise, there is a greater opportunity for embellishment. While stories do not need to be real to be effective, they can be more effective if the truth (or the fiction), is disclosed upfront.

While stories do not need to be real to be effective, they can be more effective if the truth (or the fiction), is disclosed upfront.

Think about reality television. The people are real, but the situations are not. This understanding doesn’t make the programs any less enjoyable. In fact, we’ve been enjoying the spoils of the staged since 1948 when Candid Camera debuted.

Reality television works because we know it’s staged. But when we discover a supposedly real story is contrived, we can feel cheated. And if it happens too often or in a monumental enough fashion, we start to doubt the source. Notable publications like the New York Times quickly post corrections when a piece of the truth is determined to be overstated or untrue. When we discovered news anchor Brian Williams exaggerated his story about being in a helicopter hit by an RPG in Iraq—he was actually flying behind the helicopter hit with an RPG—the world was furious with this trusted news anchor. Williams will never have the credibility or likeability he once had.

In social media it’s often hard to tell what is real and what is scripted. There’s the customer who made viral history by yelling at the staff of a kebab house. She seems genuinely angry, but some say it was a fabricated cautionary tale. With more than six million views and a heavily engaged audience, it’s generated a lot of positive conversation about bad customer behavior. So does it matter if the video was ‘real’ or not?

It matters to Essena O’Neill. She recently removed her wildly successful YouTube channel and Instagram photos because she deemed her online life ingenuine.

Mr. Daisey and the Apple Factory

In 2012, NPR’s This American Life published a bombshell story about the FoxCon factory in China that makes Apple products. It was based on the firsthand account of writer Mike Daisey who personally visited the factory with a translator, Cathy Lee. “Mr. Daisey and the Apple Factory” was the most downloaded story ever published on This American Life. It turned out, Mike Daisey made much of it up. Although the NPR staff fact checked the story, they didn’t follow-up on the writer’s actual visit to the factory or with Lee. In a later conversation with NPR, Lee affirmed that Daisey had lied. She also said that his embellishments were warranted. “He’s a writer. He’s allowed to do that [exaggerate or lie], because he’s not a journalist.” This American Life retracted the story, removed the audio, and aired a follow-up detailing the fabrication.

The lines may be blurry between being a writer and being a journalist. But does that mean the former is not responsible for the truth? In this situation, Daisey initially purported his story to be factual. He intentionally deceived the NPR audience because he was seeking the greater truth. He believed that something nefarious was going on at FoxCon, yet he couldn’t quite prove it. So he embellished. He filled in the gaps of journalistic truth with a made-up story.

Even today, Mike Daisey is one of the most outspoken critics of Apple and continues to speak on MSNBC and other shows about his trip to FoxCon. He doesn’t tell viewers his claims are exaggerated. In the follow-up radio interview with Ira Glass, Mike Daisey said, “If I untied these things [disclose the truth]….it would ruin everything.” He added that he got people to care. “I stand by it as a theatrical work.”

In The Glass Menagerie, Tennessee Williams says, “Yes, I have tricks in my pocket, I have things up my sleeve. But I am the opposite of a stage magician. He gives you illusion that has the appearance of truth. I give you truth in the pleasant disguise of illusion.”

But the problem is, Daisey’s audience was not in the theater.

The book of exaggeration

James Frey did not invent the false memoir, but he is the modern-day representative of the genre. Frey may also be one of the only people to make a fool of Oprah. A Million Little Pieces details the harrowing story of a 23-year-old alcoholic and crack addict who enters a 12-step program. It was originally sold as a memoir and later marketed as fiction following accusations of literary forgery.

People were furious. Oprah had placed A Million Little Pieces on her book club and helped it sell over 2 million copies. She later kicked Frey out of her club. Following the deception, Oprah brought Frey back on her program. “James Frey is here and I have to say it is difficult for me to talk to you because I feel really duped. But more importantly, I feel that you betrayed millions of readers. I think it’s such a gift to have millions of people to read your work, and that bothers me greatly.”

Random House offered to give full refunds to anyone who had purchased the book directly through the publisher. Fewer than 2,000 readers requested their money back.

Hinting at the truth

Storytellers often exaggerate the truth, embellish to make a point, and lie to make an imprint on people’s minds.

Some storytellers will not settle for fiction. They want people to think, “Wow this really happened!” And in our quest for entertainment, audiences are often willing to overlook some level of deception. Reality shows, publicized makeovers, and much that we see on the Internet contain a ‘hint of the truth and a hint of the story.’ As Chelsea Larsson says in, Just be real: an Instagram star unfiltered, “There’s just enough reality in the picture to make this dream life seem attainable.”

The blurry line is fine, but it is there. So beware of how you storytell with your audience—after all, it is a relationship and you will be held accountable. Stories need not be real to be effective. Stories can hint at the truth. You just need to disclose, ‘this is part of the story.’

Blake Morgan is the founder of